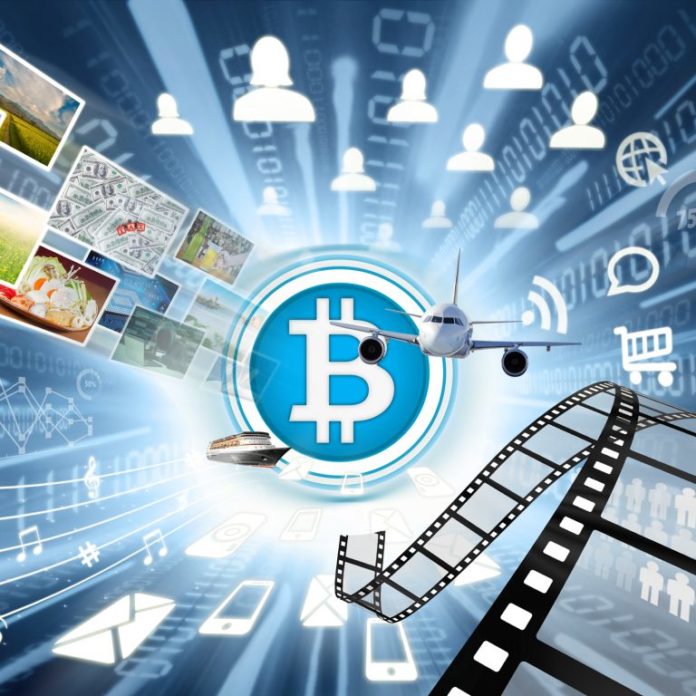 Several films featuring Bitcoin are coming out before the summer. The main character in “Superfly”, a remake of the 1972 crime drama “Super Fly”, is now “swapping cash for crypto.” Director X’s debut movie is scheduled for release on July 15. And in Russia, two college students are chasing a hard disk storing a fortune in Bitcoin, after they sold the wrong PC to a pawn shop. The film should be ready by the end of May.

Also read: Cryptocurrency Gets Its Own Comedy In “Bitcoin” – the Movie Have you heard of the “Exploitation” genre, exploitation film or fiction? It was created by authors tempted to, well, exploit themes that some might consider taboo. Others won’t, but in any case, exploitation works are often pushing against the limits of “the appropriate” in their respective times.

Sex, drugs, and violence are all part of the “exploitation” intended to attract attention. It’s basically the pulp fiction of the second half of the 20th century. Blaxploitation is a subgenre, which for the first time placed African-American characters and communities in the spotlight. The 1972 crime drama “Super Fly” is a good example which has been recently remade.

The 2018 version exploits the usual taboos, but also a modern hot topic – digital cash and crime. “Superfly” is the debut movie of Director X, or Julien Christian Lutz, best known for the music videos he made for Drake, Jay-Z, and Rihanna. Sony Pictures just released a full-length trailer of his remake of the Blaxploitation classic.

The action now takes place not in Harlem, but in Atlanta. Actor Trevor Jackson plays the main character, a drug dealer who wants to quit the dirty business. In the meantime, the 21st century Youngblood Priest would rather be paid with… cryptocurrency. “I swapped cash for crypto, and redefined the hustle,” he says. We’ll see how successful “Superfly” will be in exploiting crypto, when the movie hits theaters mid-July.

Chasing 6,000 Bitcoins on a PC Sold to a Pawn Shop While some heroes are making money, others are losing it. A movie whose storyline revolves around a bitcoin-related plot, is being shot in Russia. Two young guys from the city of Kazan are chasing a crypto fortune. While trying to trace and retrieve a hard disk with the keys to 6,000 bitcoins, the main characters – college students Igor and Artur – find themselves in a series of comic adventures but also life-threatening situations.

The boys may have lost the crypto cash forever, when they made the fateful mistake to sell the wrong PC to a pawn shop. 6,000 in Bitcoin is about $55 million in dollars and a staggering 3.5 billion in rubles. With big money comes big trouble and there is always someone willing to stand between you and that kind of money. The film should be ready by the end of May.

By the way, a movie theater in the Russian city of Yaroslavl is now accepting cryptocurrency. The “Neft” cinema club currently sells tickets for Bitcoin, Bitcoin Gold and Zclassic. “Bring your crypto wallets,” its founders tell their guests thanks to a partnership with the local Blockchain Institute. They had to solve a small problem in order to take advantage of the digital payments – cryptocurrencies are not yet legal in Russia. The project has been officially announced as a marketing campaign tailored to attract crypto-savvy viewers. Tickets are free for those who want to “experiment” with digital transactions. Unable to defeat even “Telegram”, the state will eventually legalize cryptocurrencies, the organizers say.

It’s Funny When They Feature Bitcoin

A couple of comedies are also featuring Bitcoin. In an episode of HBO’s series Silicon Valley, one of the characters reveals to his colleagues that he mines the cryptocurrency. Gilfoyle, the systems architect of the Pied Piper startup, has created a price alert that blasts out the death metal song “You Suffer” by Napalm Death whenever the price of Bitcoin rises above or drops below a certain value, so that he can remotely toggle his rig at home to mine only when it’s efficient. Hilarious! Bitcoin can be very volatile, as Gilfoyle says. A comedy titled “Bitcoin” tells the story of a suburban father who, after losing his job, sets off with his deadbeat brother to convert an anonymous bitcoin account into the hard cash he needs to support his family. The two brothers from Arizona get their hands on a Bitcoin wallet worth $20 million and try to sell the crypto on the black market. “Bitcoin” is the debut feature of filmmaker Christian Cashmir. It’s produced by Lauren Cribb and starring TV comedian Theo Von. The shooting was expected to start by the end of April, in New Mexico. According to IMDb, the comedy is still in pre-production.

Do you think movies featuring bitcoin popularize cryptocurrencies? Tell us in the comments section below.

New research into the current state of global bottom-up adoption of cryptocurrencies was released in a report by Dalia Research...