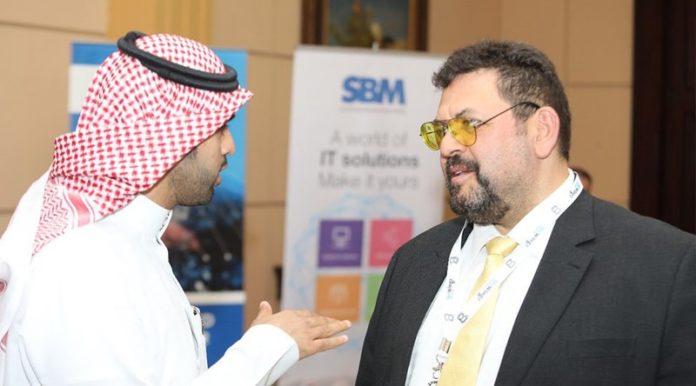 In line with its Vision 2030 commitment to become the world leader in blockchain adoption, Saudi Arabia’s state-owned Aramco oil company is partnering with Nick Spanos and his company Zap.org to put Saudi oil industry management and accounting on the blockchain.

Second only to the U.S. in world oil production, Saudi Arabia sees an opportunity to pull ahead and become the number one oil producer in the world.

Saudi Arabia’s petroleum sector accounts for 42 percent of the country’s Gross Domestic Product, 87 percent of their budget revenues and 90 percent of export earnings.

In an interview with Bitcoin Magazine, Nick Spanos, CEO and co-founder of Zap.org, and founder of Blockchain Technologies Corp and the Bitcoin Centre NYC, talked about the Saudis’ enthusiasm for blockchain technology:

“Saudi Arabia is kicking the tires, and that’s huge. As part of their ambitious Vision 2030, Saudi Arabia as a whole is doing everything it can to modernize and diversify their economy. It means they’re open to doing things differently — and to doing big things with blockchain,” said Spanos.

Everyone we meet is thrilled about the potential of blockchain. It’s not just for oil, and you’ll see a lot come from here very soon.

Eliminating Fraud and Human Error in the Oil Industry with EnergyLedger

Spanos is working with the Aramco company to build a secure supply management chain and smart contracts on the blockchain using a DApp called EnergyLedger. As Spanos explains:

“Since the beginning of oil production, there’s never been a way to truly secure and track the process to prevent fraud, nor any way to automate the chain-of-custody and settlements to virtually eliminate the window for human error. All of this is now possible.

“Zap.org’s next-generation smart contracts are revolutionizing blockchain applications everywhere, and we also realized that the energy sector needed a dedicated, custom solutions provider, so Zap.org is powering EnergyLedger, the killer decentralized application for oil and gas.”

The existing oil infrastructure — flow meters, pipelines, barrels, tanks, terminals and trucks — are tied into the Internet of Things and onto the blockchain, via Zap.org’s oracles.

Each time a barrel is produced, it will be matched with a utility token generated from that particular flow meter, which constantly reports to the smart contract.

At each point in the process, from upstream to downstream, that barrel will be tracked and everyone involved in the process — the contractors, the tax collectors, the truckers — will only be paid at the moment that they’ve verifiably performed what needs to be done for that barrel.

It’s all automated, and overhead costs will be slashed as thousands of accountants, finance professionals and back office traders will no longer be needed.

The U.S. Oil Industry Falls Behind in Blockchain Adoption

While the U.S. oil industry hasn’t embraced blockchain technology, Spanos says that there are many other oil-producing nations looking to use it. He says:

“The U.S. appears to be lagging; we have yet to hear of anyone in the U.S. industry testing blockchain, other than a small drilling firm in Texas that we just began working with.”

Spanos agreed that it was odd that all of the high-profile oil industry blockchain trials are happening outside of the U.S. but suspects that it won’t be the case for much longer.

“One reason is the regulatory climate, in which blockchain industry startups choose instead to create hubs abroad, where there isn’t this cloud of doubt hanging over them from what the regulators will do to the industry,” says Spanos.

“Even as the regulatory environment under the new president has become more favorable, blockchain will still go a long way to helping with regulatory compliance. The cost savings along the line will bring costs — and prices — down for the U.S. consumer and manufacturing.”

Spanos concluded that the U.S. oil industry will likely be converting to a blockchain soon.

“America is heading toward energy independence, and if it wants to remain competitive and continue this trend, then it will seek to match or surpass what the competition is doing — and they won’t be doing it the same way for much longer,” Spanos noted.

Anyone who does not implement what blockchain has to offer, in some way or another, will fall behind. The benefits are just too immense.