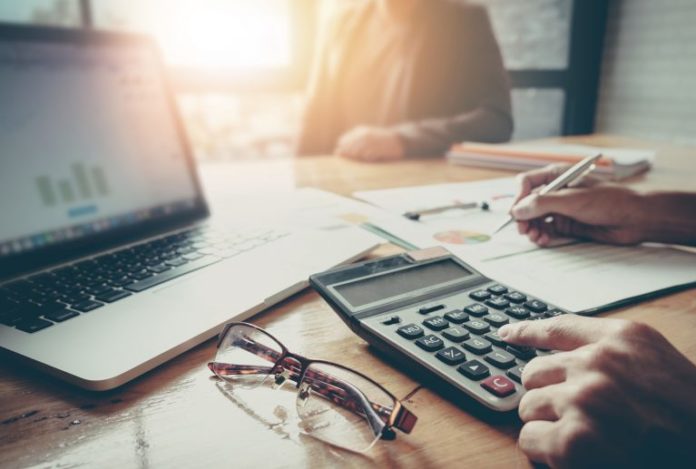 Last May, the U.S. Internal Revenue Service (IRS) revealed it would be issuing new tax guidance and rules about the tax treatment of digital assets and forks. IRS Commissioner Charles Rettig told congressional leaders that the agency has made it a priority to issue crypto-related tax guidance. This week news.Bitcoin.com spoke with Sean Ryan, CTO of Node40, a platform that helps people calculate digital currency-based taxes. He believes that the issuance of new crypto tax guidance is “long overdue.”

What to Expect From the Upcoming IRS Crypto-Tax Guidelines

Since the cryptocurrencies were born back in 2009, the innovative money has mixed like water and oil when it comes to taxes. Cryptocurrency investors in the U.S. have been struggling to file taxes relating to digital assets because the rules have been unclear and have not been updated since 2014. For instance, the IRS told the public back then that digital currencies were not a currency and were to be treated as property with capital gains. However, taxpayers are still bewildered when dealing with digital assets as income and the release of forks has caused confusion as well. In order to get a better understanding of what to expect when guidance from the IRS addresses the tax treatment of cryptocurrency and forks, news.Bitcoin.com spoke with Node40 CTO Sean Ryan about the upcoming guidelines.

Ryan explained that the issuance of the new guidance is long overdue. He is also cautiously optimistic that the tax agency will revise its stance to reflect a better understanding of the technologies involved. He believes the recent letter from Congress has provided the agency with the most problematic areas.

“So if they’ve educated themselves on those, it will be apparent in their new guidelines,” Ryan told news.Bitcoin.com. “In particular, the IRS commissioner, in a May 19th response to Congress’s request for clarity, stated new guidance will be forthcoming and will address specifically the three most talked about uncertainties: acceptable methodology for calculating cost basis, acceptable methodology for assignment cost basis (FIFO, Specific Identification, etc.), and treatment of forks. I do believe it will be this year. I’m still hopeful it will be before the end of June or sometime in early July, though it’s looking less likely now.”

Ryan then discussed whether or not cryptocurrencies like bitcoin will remain classified as property and if they will be subject to the same capital gains treatment. As much as it goes against the philosophy of “digital cash,” Ryan thinks it will be some time before the IRS is willing to cede ground on that front.

“Unless they are reclassified as securities or even a brand new asset type, property does appear to be the most appropriate classification — Some interesting ideas that have been floated include a possible de minimis exemption down the road, which would exempt certain transactions from capital gains on any appreciation. Such an exemption may reduce the friction of cryptocurrency in commerce but not on calculating taxes,” Ryan noted. Moving on to the conversation of forked coins which investors receive when a blockchain split takes place, Ryan emphasized that it is one of the most hotly debated topics for crypto and taxes. The Node40 executive thinks that forked coins should have a cost basis of $0 if they’re disposed of. “Since owners of the currency have no way of opting out of the fork, any other basis would place an unfair burden on the taxpayer to report such receipt as income,” Ryan remarked, adding:

In fact, depending on the popularity of the new coin, the market may be illiquid or not even available if the coins are hosted on a third party platform such as an exchange. Provided the IRS has weighed up the technical considerations that come with hard forks, I would be inclined to think they’ll share my opinion – it’s impossible to say for certain, however.

Regardless of the outcome, users will always need to keep meticulous records of every transaction made, from acquisition through transfers and to final disposal, Ryan emphasized. While the precise reporting methodology required by the IRS has yet to be announced, he said this includes LIFO, FIFO, and Specific Identification but detailed records will allow the individual to comply with the requirements and calculate their taxes at a later date. “I’m certain such regulations will need revisiting every 2-3 years for the foreseeable future — Back in 2014 we had only about a dozen currencies and no real discussions about forks,” Ryan explained.

“For the past five years, investors and traders have been struggling to make sense of nebulous guidelines, which have only driven a wedge between cryptocurrency enthusiasts and the tax authorities,” Ryan opined. “From talking with hundreds of accountants and individuals over the last several years on this topic, many don’t bother reporting, or end up over/underpaying – all due to such uncertainty in the gray area.” The Node40 CTO concluded by saying:

Five years in an industry as nascent as that of cryptocurrency changes the playing field tremendously. By now, regulators should be much more familiar with the technologies, and they should be prepared to issue clear and concise guidance to investors.

The post Node40 Executive Explains What to Expect When the IRS Issues Its New Crypto Policy appeared first on Bitcoin News.

Based on a recent report, Square, a payments firm situated in San Francisco now supports bitcoin and now has bitcoin(BTC)...