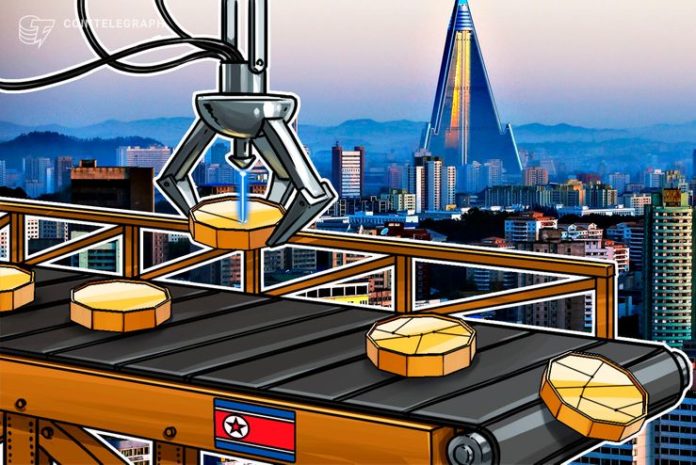 North Korea is “increasingly” using cryptocurrencies to evade sanctions imposed by the U.S., according to two Washington-based experts cited by news site Asia Times on September 24.

Lourdes Miranda and Ross Delston sent a joint response to an Asia Times’ inquiry regarding the use of crypto by the government of North Korea (DPRK). Miranda is an independent financial analyst and a financial crimes investigator, and Delston is an independent attorney and expert witness in money laundering cases.

Both experts have claimed that the country is successfully trading existing cryptocurrencies, and is attempting to create one of its own, despite current restrictions imposed on fiat assets:

“International criminals everywhere prefer crypto-currencies and the DPRK is no exception. Crypto-currencies have the added advantage to the DPRK of giving them more ways to circumvent U.S. sanctions. They can do so by using multiple international exchangers, mixing and shifting services — mirroring the money laundering cycle.”

Miranda and Delston further explain the scheme that they allege is in use by North Korean authorities.

Initially, the government hires people who have convenient personal identifiable information (PII) to open a crypto wallet that can be used to trade cryptocurrencies. Then local miners transfer crypto into “multiple” European wallets, where they are mixed and shifted in order to confuse anti-money laundering and know-your-customer (AML/KYC) systems.

The process ends with North Korean nominees buying bitcoins, which are later converted into other popular cryptocurrencies, such as Ethereum or Litecoin, to break the “linear pattern of transactions.”

As the crypto asset’s point of origin is concealed, the North Korean government then has a chance to exchange “laundered” coins to fiat, thus receiving dollars without any sanctions attached, the experts concluded.

Miranda and Delston did not specify the approximate volume of the operations they described, nor did they reveal the source of their information.

As Cointelegraph reported in August, an earlier report by a South Korean bank revealed that North Korea had attempted to mine Bitcoin between May and July 2017. However, the test was then reported as unsuccessful. The report also contained data on attempts to create a North Korean crypto exchange.

Iran is reportedly preparing to create its own national cryptocurrency, which is expected to facilitate international transactions for the country sanctioned by the U.S. for launching a national nuclear program, among other things.

The cryptocurrency market is at that time when things are going sluggishly, again. Not much to complain concerning the recent market...