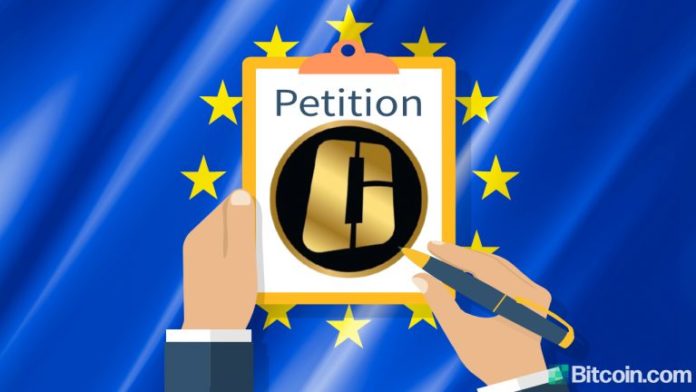 Onecoin victims have joined a consortium that wants the European Parliament to consider a petition seeking the establishment of a compensation fund. The envisioned EU-administered fund will function as an insurance kitty for current and future victims of all crypto fraud. The petitioners are proposing the levying of an “unnoticeable” fee of 0.0001 cent per €1 on all crypto-asset transactions conducted on EU territory.

Explaining the pivot towards the European Parliament, the victims’ lawyer, Jonathan Levy, says they have now made the decision to approach the legislature because they know this body “will not shy away from providing remedies to people as it has done in the past with the GDPR.” Also, the victims will feel encouraged by the recent reports that the EU wants to institute continent-wide regulation of crypto assets that “will be phased in by 2022.” Previous attempts to have the EU Commission consider the petition failed to yield positive results for the victims.

Meanwhile, Levy tells news.Bitcoin.com that the problem will not go away quickly enough due to the lack of crypto regulations in many EU states. In addition, the lax enforcement of existing consumer protection regulations is aiding fraudsters. Singling out the U.K. as one country failing to rein on crypto scammers, Levy explains:

England literally aids and abets the scammers by giving them free rein to use Companies House to set up seemingly legit companies and ccTLD.io which is British Indian Ocean Territory.

Many cryptocurrency-related companies are registered under the .io domain which is under the control of the United Kingdom Foreign and Commonwealth Office, according to Levy. Documents available to news.Bitcoin.com show that in a majority of the cases, the cryptocurrency fraudsters used websites with the .io domain when scamming victims. Levy argues that the U.K. government is aware of criminals using its institutions to legitimize their operations, yet it has done little to ameliorate the problem.

Still, the same documents also detail how scammers lure victims into investing before eventually locking them out. Social media platforms like Telegram, Facebook and Linkedin are the primary channels used by crypto scammers. Using fake profiles, the scammers will bombard their targeted victims with bogus screenshots that show improbable returns. Such screenshots are often enough to convince victims to invest or to top up their accounts.

For instance, in one of the 39 cases, etoro.com, fintech-mining.com and cointeck.io are named as the cryptocurrency companies that perpetrated fraud against one Drew J. The trio used social media platforms to pressure Drew, who reportedly has mental health challenges, to part with his 130 bitcoins. Adding to Drew’s woes, the personnel at Cointeck reportedly mocked him and cruelly taunted him causing the victim to fall into a suicidal condition.

The same aggressive marketing tactics were also used to force other victims into parting with their funds. Collectively, the victims lost €40 million ($47 million).

Turning to the Onecoin crypto Ponzi, which remains operational despite the indictments against some of its masterminds, Levy is particularly scathing in his criticism:

With Onecoin, it is a disgrace that they continue to operate as we have pointed out directly to the EU Commission; they operate from ccTLD.eu which is assigned to the EU Commission itself. Likewise, other obviously criminal enterprises still exist openly like the MMM Mavrodi network and the various bitmixers.

In late 2019, Raluca Pruna, Head of the Directorate-General Justice and Consumers with the Commission, advised the consortium to “seek remedy under your national judicial system” because the Commission “currently has no competences on this issue.” The European Ombudsman says it agrees with the EU Commission’s assessment and has since closed a complaint raised against the Commission by victims.

Meanwhile, Levy is urging other victims of crimes and civil frauds where cryptocurrency was involved to support the petition by registering with the EU.

What do you think of this initiative? Tell us in the comments section below.