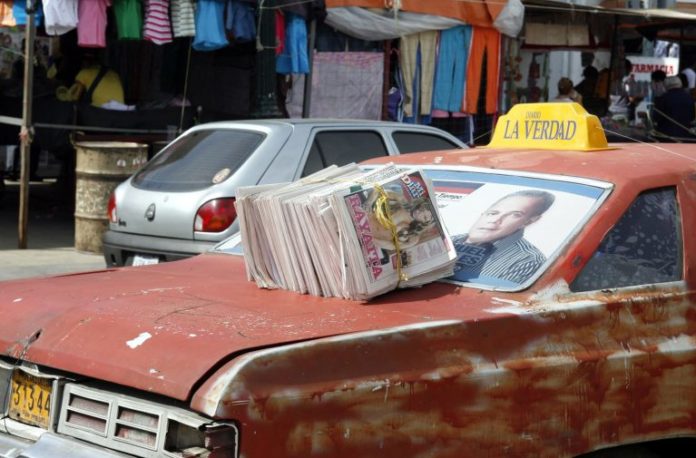 A man named Oscar Salas recently spoke about his quest to spread bitcoin cash (BCH) adoption on episode 34 of the Bitcoin Cast show. Salas explained in great detail how he is a passionate BCH supporter and the organizer of the Maracaibo city BCH meetup. Following his interview a few days later, Salas and his partners showed the benefits of bitcoin cash to an audience of over 200 taxi cab drivers that operate in Maracaibo city.

Oscar Salas is all about spreading awareness when it comes to cryptocurrencies. Bitcoin cash is the best choice in his eyes, because of the small network fees associated with making payments. On October 3, Salas appeared on episode 34 of the Bitcoin Cast show where he described how he and his friends have been holding meetups and free talks in order to further BCH acceptance. During the first part of the interview, Salas explained how he was an animation and graphic designer by trade and that the majority of the time he’s paid in BCH for services.

Salas has done a lot of animation work for the crypto community as well and has made animations for Badger Wallet and the digital currency trading platform Coinex. “Almost every client pays me in bitcoin cash. Basically, bitcoin cash is my main source of pay right now,” Salas detailed. “I prefer it that way because I have many options to receive payments, but the best one for me is bitcoin cash.” He also said that for the last two years, 90% of his work has been paid in bitcoin cash. Salas added:

Bitcoin cash is great because it has the best fees and for me, it’s the most decentralized platform with the capability of providing small fees.

Salas has also contributed to the news outlet Coinspice.io where he wrote an opinion editorial on “how cryptocurrency can save Venezuela,” specifically talking about bitcoin cash. He described how he was born and raised in Maracaibo and life there was “not easy.” However, Salas emphasized that “bitcoin cash is making things a lot better for me and others.” He said that the failures of the socialist state force him and many others to deal with issues like “constant electricity outages, crime, water shortage, expensive and limited food.” Salas clarified that at first BTC did help establish cryptocurrencies in the country, but the network “demonstrated to us that their currency isn’t ready to be a payment method due to technological limitations.” The editorial further stated:

BCH solved the limitations that BTC has. They didn’t want to fix it due to political differences, as they don’t see Bitcoin as an open payment system. I don’t want to get into all the fighting but the proof is that people of Venezuela cannot afford to use BTC, especially when BCH works exactly like old BTC used to.

In his interview with Bitcoin Cast, Salas said a month ago he started a project called Instabitcoin with a few members of the BCH community in the U.S. and they are holding meetups and free talks for people to learn about BTC and bitcoin cash. “We are trying to grow our community so we’re more centered around doing free talks, and at these events I explain what bitcoin cash is and how people can use it — we’re also providing some exchange volume so it’s easier for people to get into cryptocurrencies after the talks are finished,” Salas expounded.

“Our main objective is spreading cryptocurrency as a payment system so people can send and receive money every day. Since that is the objective, the best choice is bitcoin cash because it is made for that purpose.”

He also detailed that Maracaibo city didn’t have much crypto acceptance and didn’t have a lot of merchant acceptance before the meetings and talks. At present, when Salas and his friends are doing these talks, a lot more merchants are interested in accepting BCH. “At restaurants mostly and some hotels as well … those types of places and we’re trying to get BCH into supermarkets as well.” Salas added that he and his partners also initiated a partnership with the biggest cab service in Maracaibo city and stressed that he was “going to set them up with bitcoin cash in a few days.”

On October 8, Salas shared a picture and a video clip of his talk with over 200 cab drivers in Maracaibo city. Salas said that he shared the “first steps in adoption” with the crowd of cabbies and explained to them how to use Sideshift.ai, Coinex, and local.Bitcoin.com as well. “[It’s] not easy for them to understand all of this in just one talk so my main intention was explaining how to receive and send payments — that was successful,” Salas remarked on Reddit. BCH proponents were thrilled with Salas’s energy, with one person saying “Dude, you are the real hero — Social skills are my weakest side, so I know I could not have done anything like this.” Supporters thanked Salas for showing Venezuelans that BCH is the best money in the world and many people tipped him in BCH after sharing the picture and video clip.

What do you think about Oscar Salas passionately spreading BCH adoption throughout Maracaibo city and to 200 cab drivers? Let us know what you think about this subject in the comments section below.

The post Over 200 Venezuelan Taxis Discover the Benefits of Bitcoin Cash appeared first on Bitcoin News.

Bitcoin scores high in terms of ‘moneyness’ compared to other forms of money as it has some technical advantages and...