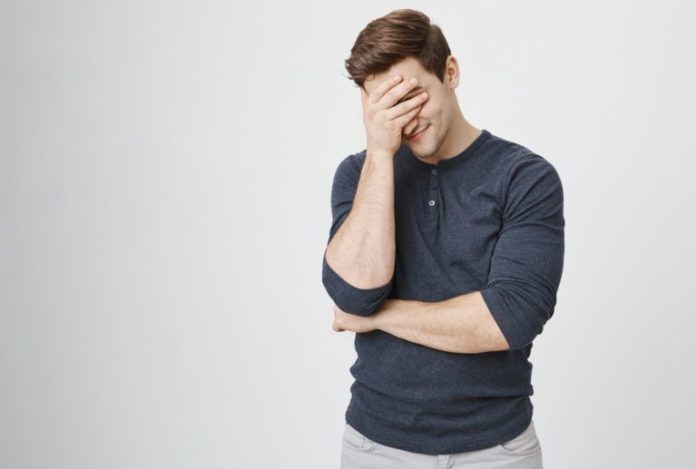 Peter Schiff hates Bitcoin almost as much as bitcoiners hate Schiff. The gold bug makes a point of dissing the cryptocurrency whenever he can, despite the hypocrisy of accepting BCT on his own website. Today, the eccentric entrepreneur found a new reason to rip on bitcoin after forgetting his wallet password – and apparently Bitcoin is to blame.

Bitcoin has been blamed for all manner of crimes over the years, from destroying the environment to funding terrorism. Today the decentralized cryptocurrency had a new accusation leveled against it: denying Peter Schiff access to his wallet. “I just lost all the #Bitcoin I have ever owned,” Schiff tweeted in typical Trumpian fashion. “My wallet got corrupted somehow and my password is no longer valid. So now not only is my Bitcoin intrinsically worthless; it has no market value either. I knew owning Bitcoin was a bad idea, I just never realized it was this bad!”

When it was put to the 56-year-old that user error, rather than an intrinsic flaw in Bitcoin, may be to blame, he became defensive and doubled down on his facepalm. “There is zero chance I forgot my password. I used a very simple numeric password that I have used many times in the past … I remember it. The wallet doesn’t.”

While some pointed out the fatuity of using a simple password, and others the inability for software to “forget” a password, most simply typed the two-word riposte that has been used mercilessly against Schiff more than any member of his generation: okay boomer. “You just went full boomer,” tweeted one. “Never go full boomer.” The screenshot accompanying Schiff’s initial tweet showed it to be the Blockchain.com wallet he was using. Within hours of his frustrated message, the company had tweeted to reassure him that they were “sorry to hear about the issues you’re currently experiencing with your Blockchain Wallet. Please rest assured, your funds are secure. We will PM you shortly.”

If Schiff has genuinely forgotten the password to his noncustodial wallet, he can recover the funds provided he retains the private key. Many wallets, including Blockchain.com, enable an optional user-generated password to simplify logging in. Exporting the wallet keys into wallet software such as Electrum should restore access to the BTC.

While crypto Twitter weighed in with a mixture of helpful support and dank memes, Schiff continued to bump his gums, tweeting “Since all the Bitcoin in my corrupted wallet were gifted to me, it’s not that great a tragedy for me that they’re lost. “Easy come, easy go,” is especially true for #Bitcoin. My plan was to HODL and go down with the ship anyway. The difference is that my ship sank before Bitcoin.”

Schiff’s ship may have sank, but Bitcoin sails on, with the maverick libertarian’s BTC still aboard. Do you think Schiff will ever remember his wallet password? Let us know in the comments section below.

For five years now, the Coinbet24 crypto casino has been active in the online gambling world, offering gamblers and sports...