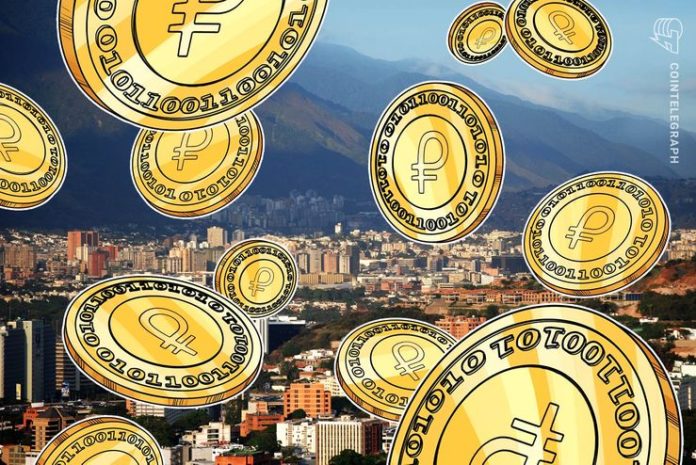 Venezuela’s oil-backed cryptocurrency, the Petro, will be used for international commercial transactions starting in October 2018, according to a September 21 statement made by Nicolas Maduro.

The Venezuelan president appeared on the national VTV channel to deliver his speech on the latest economic issues. As cited by the VTV website, he then announced the upcoming use of Petro on an international level, stating:

“Petro comes into play as a currency for exchange, purchase and convertible currencies for the world.”

However, the Venezuelan leader did not specify the areas where the Petro will be used, nor did he name any of countries ready to accept the oil-backed cryptocurrency as payment.

Maduro’s announcement on the Petro trading internationally comes amid an alarming Reuter’s report on the nature of the state-owned coin that was first launched in February 2018.

According to the news agency’s investigation, the Petro does not currently trade on any of the major global crypto exchanges, nor it is backed yet with Venezuelan oil, as the Atapirire area that Maduro claimed was the actual petroleum center for backing the coin shows no signs of recent activity.

Furthermore, the Reuter’s article cited former Oil Minister Rafael Ramirez who wrote that “the petro […] only exists in the government’s imagination.”

As experts told media outlet Wired in August, the state-owned currency was reportedly backed by national oil company PDVSA, which in fact had $45 billion in debt and showed no signs of any trading activity. Some experts, according to Wired, tended to think the Petro was a “smoke curtain” to conceal Maduro’s recent failure to reanimate the national fiat currency, the sovereign bolivar.

Despite all claims about the Petro’s insolvency, Maduro has tied the national coin to economic reforms. According to a recent statement, the Petro reportedly became Venezuela’s second government currency along with the bolivar, having started its circulation on August 20.

As Cointelegraph reported later in September, Venezuela announced that the currency would be used as a unit of account within the country, making salaries and pricing systems be tied to Petro. According to Maduro, the Petro has also been used in local social programs for funding the construction of houses for homeless.

At the World Digital Mining Summit in Tbilisi, Georgia the blockchain firm and mining manufacturer, Bitmain Technologies, announced a new...