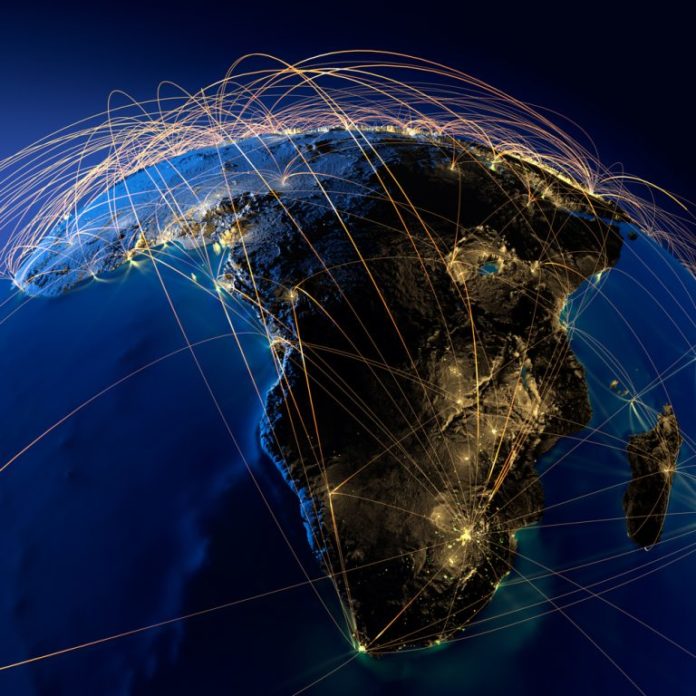 Africa is often lauded as the next big thing for cryptocurrency adoption and development. But could poor internet access and connectivity slow down progress? A new report by the International Telecommunications Union (ITU) shows that it will cost $450 billion to connect 1.5 billion people – most of them in Africa – to the internet. African governments spend almost three times less than the global average on broadband connectivity. Then there is also the issue of low education levels, and high cost of internet-capable devices against low incomes. All these factors could combine to slow down the cryptocurrency revolution in Africa, a revolution that rides on reliable internet connectivity.

The debate about whether cryptocurrency can work in Africa could now be replaced by whether or not the continent of 1.2 billion people can possess the necessary infrastructure – and technical know-how – to allow virtual money to flourish unhindered.

Over the past few years, the digital currency ecosystem has grown rapidly in several African countries like Kenya, Ghana, Uganda, Nigeria, South Africa, and Zimbabwe, with bitcoin becoming quite popular. The wave of crypto adoption is widely viewed as key to driving economic growth and financial inclusion on the continent.

However, a new report by the International Telecommunications Union titled “The State of Broadband 2018: Broadband Catalyzing Sustainable Development” shows that African governments have a lot to do to ensure that the continent will benefit from the ‘fourth industrial revolution.’

Latest ITU data reveals that some 52 percent or 3.7 billion of the world’s population currently remain unconnected to the internet, with the majority of them residing in Africa. The scale of the infrastructure that must be built or upgraded to bridge the digital divide and deploy emerging technologies is huge – ITU estimates that connecting the next 1.5 billion people will cost $450 billion.

“National governments can truly make a difference in bridging the broadband gap by taking advantage of technologies such as satellite to bring reliable connectivity to unconnected areas and create an effective solution to expand internet reach,” says the ITU.

According to Internet World Stats, internet penetration in Africa stood at 27.7 percent by the end of March 2017 and this compared unfavourably with the world average of 49.6 percent.

The lack of internet access has arguably served as a bottleneck to economic growth, competitiveness, and development of basic services in countries throughout Africa. The report noted that only 6 percent of Africans have broadband internet access. These numbers make for uncomfortable reading in the development of cryptocurrency on the continent. Virtual money thrives where internet access and connectivity thrive.  Digital currencies will have to reach the unbanked in rural areas, where the majority of Africas reside, but internet connectivity is poorest in such regions.

The internet market in Africa has been stymied by the poor quality and relative scarcity of the fixed-line infrastructure. Currently, more than 90 percent of all internet connections are via mobile networks. Figures from the ITU report validate the point, showing that fixed-broadband penetration stood at 0.7 percent in Africa in 2016, compared to 29.3 percent mobile broadband penetration.

But as African governments spend just about 1.1 percent of their Gross Domestic Product on broadband technology – about three times less the global average – one country stands out.

Rwanda has achieved 90 percent broadband penetration rate. In 2008, the Rwandese government embarked on a nationwide roll-out of fibre optic as a backbone infrastructure for broadband. This optic fibre connected different parts of the country and provided high-capacity cross-border links with onward connectivity to submarine cables.

Currently, the government of Rwanda’s vision, policy and plans recognise broadband and ICTs in general, as a driver of economic growth, access to information and social cohesion, productivity and innovation across all sectors of the economy – though it doesn’t specifically mention cryptocurrency.

Steps have been taken to promote innovation and entrepreneurship, reduce the cost of end-user devices, stimulate the development and uptake of relevant content and diffusion of technologies into various sectors of the economy.

It remains something of a mystery that with all the progress made in delivering internet connectivity, digital currencies are only starting to take off in Rwanda. Perhaps, that has to do with the average cost of broadband in Africa, at $493 per month, according to the International Monetary Fund, beyond the reach of many, who earn just a fraction of the amount each month. Undoubtedly, poor internet access and connectivity may be the antithesis of cryptocurrency adoption and development in Africa.

Do you think Africa can overcome its weaknesses to become a leader in cryptocurrency use? Let us know what you think in the comments section below.

Red Cross Italy: “We are delighted to have received so much help from the Bitcoin community”

A lobby group of the Russian Union of Industrialists and Entrepreneurs (RSPP) is working on an alternative crypto regulation bill,...