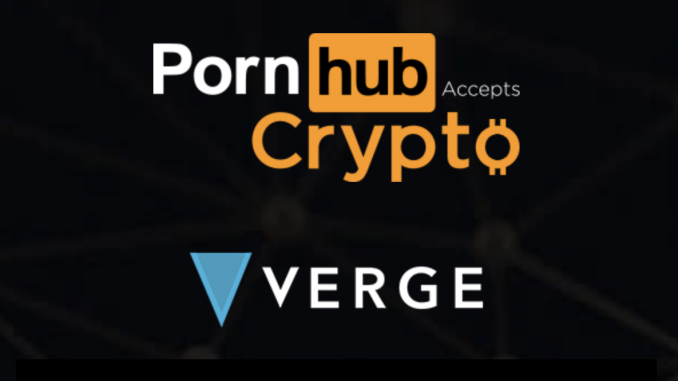 In the past there have always been technologies that have prevailed, because the adult content industry has adapted the technology first. As a recurring example, there is the video format Betamax and VHS. Although Betamax is technically superior to the VHS format, VHS prevailed at that time. At first, many believed it was because the Adult Film industry released their films on VHS, but later it turned out to be just one of many reasons.

“This partnership represents an enormous market with a global reach that will compete with fiat currencies. It’s huge for Verge and we’re extremely excited to finally be able to announce it.”