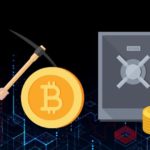 The primary role of the consensus mechanism is to verify the information being added to the ledger, ensuring that it’s accurate and valid. By doing this, the next block added to the network is confirmed to be the most recent transaction, preventing double-spending or any other form of data alteration on the system. Essentially, the consensus mechanism ensures that the entire blockchain network collectively agrees with the contents of the ledger, in addition to providing secure and valid blockchain-based transactions.

Proof of Work(PoW) is built on cryptography- an advanced form of mathematics that once solved points at an authentic transaction. Basically, miners solve complicated math problems and get credit for adding a verified block to the blockchain. Finding a solution to the math problems or the asymmetric puzzles is no easy task and involves the use of considerable amounts of computational power to solve them. No skill is required to solve the intricate problems; instead, brute force is needed. Once a computer guesses the right solution for the puzzle, it relies on other computers on the network for verification. The system quickly verifies the problems.

Contrary to what most Bitcoin enthusiasts think, PoW existed way before Bitcoin or any other crypto asset. The idea of PoW is credited to Cynthia Dwork and Moni Naor in 1993 with Markus Jakobsson coining the term “Proof of Work’ in 1999. Nonetheless, Bitcoin’s creator Satoshi Nakamoto was the first to apply it practically.

How Does the Proof of Work Function? An Example of Bitcoin Mining

As mentioned above, PoW involves miners solving a cryptographic puzzle to validate a transaction. The miners compete to solve the problem by providing the correct answer, also known as a hash. Once the computers in the network authorize every transaction, miners are rewarded with the blockchain’s native currency in addition to a transaction fee.

In Bitcoin mining, a group of network transactions is assembled into a memory pool, also referred to as a mempool. Miners then compete to verify each sale in the mempool by employing substantial computational power to solve the mathematical puzzle. The first miner to solve the problem receives a block reward plus network transaction fees. The mempool now becomes verified and is added to the blockchain in the form of a block. Hashcash(SHA-256) is the proof of work function employed by Bitcoin miners to solve the intricate puzzles and add blocks onto the blockchain.

PoS consensus is quite different from PoW in the sense that there is no mining as currency power replaces the computational power. With PoS, miners don’t solve asymmetric puzzles. Instead, the miner puts up a stake or holds up several coins to verify a block of transactions. The miner referred to as a forger of the text block is selected using a deterministic approach based on their coin stake. The asymmetric puzzles in PoS are much simpler, and forgers need only to prove that they own a particular percentage of all coins available in a given currency. For instance, if someone owned 2% of all Litecoin (LTC), they can mine 20% of all transactions.

How Does PoS Work?

In PoS, as mentioned above, forgers must stake their coins into a specific wallet to have the opportunity to validate transactions. The portfolio will freeze the coins and stake them on the network, meaning that you can’t withdraw the coins. Once the coins are staked, the validators bet on the block that they feel will be added next to the chain. If the selected block gets appended, they receive block rewards based on the proportion of their stake.

Advantages of Proof of Stake Over Proof of Work

In recent years, the crypto space is moving towards PoS services attributed to the benefits it offers over PoW. PoS is undoubtedly better than PoW, as outlined below.

The major problem with PoW is that the computational power required is very energy-intensive and negatively impacts the environment. For instance, the Bitcoin network’s annual energy consumption is 57.6 TWh, equal to the entire energy consumed by Colombia. PoS systems are much more energy-efficient as they do not require mining, which is energy-intensive. They, therefore, provide an energy-friendly alternative to Proof of Work systems.

PoW systems are at high risk of centralization. Mining pools are formed by individual miners accumulating their resources to maximize the rewards and also save on the initial starting capital. Some mining pools are full-scale business operations, even employing thousands of employees and investing millions of dollars in dedicated mining equipment i.e., ASCIS, to generate the highest mining power. The problem with mining pools is that centralized PoW networks make it susceptible to hacking attacks e.g., 51% attacks. This is not the case with PoS networks since the rewards are based on the staked coins.

The other advantage of PoS over PoW is that it provides economic benefits(dividends) to its users through the option of running a masternode or staking the coins in a staking and masternode platform such as MyCointainer. This is not possible in PoW systems.

MyCointainer is a top-notch online automatic and masternode staking platform that helps users trade coins and generate considerable profits in the form of stakes. With MyCointainer, you can earn passively by staking your coins in the automated pool staking and gain from the coin stakes without really taking care of any technical details. Users stake their coins as validators on the platform and, in turn, receive rewards for their investment.

PoS presents a better blockchain consensus mechanism compared to PoW thanks to the various perks they offer. PoS systems are energy efficient, safe, and provide economic benefits through masternode and staking platforms, notably MyCointainer. Users stake their coins on the network and, in turn, earn passively from their stakes without much hassle. Nonetheless, PoS still has its vulnerabilities but is a better choice compared to PoW.

How Bitcoin Could Surge to $11,000 After Hitting Five Figures

Bitcoin is strengthening as it holds on to gains for another day and inches ever closer to five figures. Once...