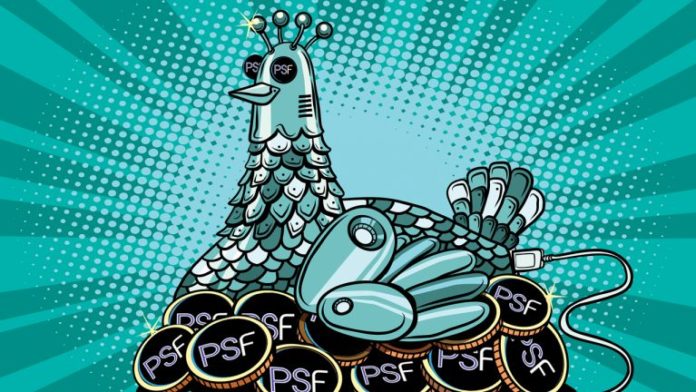 During the last six months, the Simple Ledger Protocol has grown immensely and there’s been 9,604 SLP tokens created since the infrastructure launched. Just recently news.Bitcoin.com reported on mistcoin, the mineable SLP token that can be mined with a CPU. Now software developer Chris Troutner has invoked tokens called PSF, which are the first SLP tokens that leverage UTXO coin-age for staking on Bitcoin Cash.

During the first week of July, news.Bitcoin.com reported on the Permissionless Software Foundation (PSF), an organization that aims to “foster the growth of open-source software and growing adoption of Bitcoin Cash across the globe.”

This week software developer Chris Troutner discussed the PSF project with our newsdesk as the project has invoked the first SLP token that can be staked based on UTXO coin-age. People who are interested in reading about the PSF staking process can check out the group’s “grants” page.

Individuals can also read about the SLP token’s staking incentive by reading the group’s business plan. The “grants” page states:

Discussing the subject with the project’s “head janitor” Chris Troutner, he summarized the staking process with our newsdesk and said that the process was quite simple.

“The biggest hurdle to understanding it, is understanding UTXOs,” Troutner emphasized. “As most crypto proponents are aware that UTXOs are the thing that is ‘spent.’ UTXOs are consumed as inputs to a transaction, and new UTXOs are generated as the output of a transaction. Every time a UTXO is generated, it contains a block height.” Troutner added:

So ‘staking’ of the PSF token is based on the block height of the UTXO. The block height, which is part of the UTXO, represents its age or ‘coin-age.’ unlike Ethereum staking, the tokens are not locked in a smart contract. The UTXOs remain completely under the control of their owner. All they have to do is just not move their tokens. Moving or spending their tokens would destroy the UTXO and generate a new one, which would destroy the coin-age. So essentially, Troutner says that staking is basically not moving the PSF tokens or spending them for a period of time. Simply moving PSF tokens from one wallet to another will interfere with the coin-age, so Troutner recommends storing with a paper wallet.

“It’s really easy for newbies to destroy their coin-age, by simply moving the tokens between wallets, or a wallet might do it accidentally in the background. That’s why I recommend people stake their token by sending them to a paper wallet,” the software engineer stated.

According to Simpleledger.info, there were 730,883 PSF tokens created and 160,048 PSF tokens burned which shows a circulating supply of 570,834 today. We talked about the exchange rate for PSF as the token does have value according to the website, but PSF is currently not listed on an exchange.

At the time of publication, a single PSF is worth $0.439 USD per token or 0.0014475 BCH per token. Using today’s BCH exchange rate, people can get more than 690 PSF for a single BCH. Troutner explained to our newsdesk how the PSF value is currently derived.

“The token-liquidity app maintains liquidity between the BCH and the PSF tokens,” the developer explained. “It’s an automated market maker. It was inspired by the original Bancor whitepaper. The token-liquidity app is a JavaScript program with its own BCH wallet. It has an equation that it follows to determine the exchange rate. It’s constantly adjusting its exchange rate based on the balance of BCH and PSF tokens in its wallet.”

The Permissionless Software Foundation plans to leverage the funding token in order to bolster the concept as a decentralized autonomous organization (DAO).

In addition to Chris Troutner, the host of the developer’s monthly video series, David R. Allen is also working with the project. PSF also plans to deliver a “white-label bitcoin cash (BCH) and SLP wallet” as well.

The Permissionless Software Foundation will also act as a consulting firm. Further, the team is looking into a vending machine concept that represents SaaS applications.

Ethereum has been consolidating alongside Bitcoin throughout the past several days, struggling to break above the heavy resistance that has...