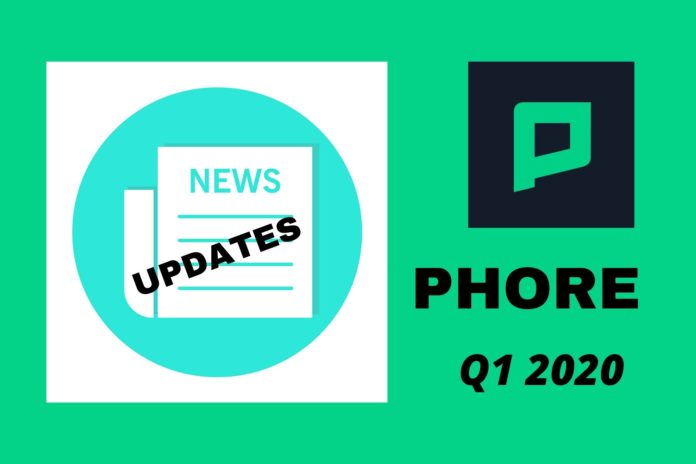 The Phore blockchain helps transfer value around an ecosystem that is both accessible and secure. It supports various features that provide a variety of applications, including reliable transactions. The participants also receive rewards similar to interest payments. Users can opt for either private or transparent transactions. Phore also supports decentralized crowdfunding while reducing the entry barrier. While it has become quite popular over the past few months, there’s still a long way to go.

Over the past few months, a lot of progress has been made on a new wallet. It aims to provide a smooth user experience in the coming months. The latest edition will be equipped with some brand new features, including new RPC commands and HD addressing. Users will need a set of seed words to create new wallets. It also serves as a permanent key backup.

The new Remote Procedure Call command will be available to support BitPay API command set. It makes it easier for the blockchain to be integrated into a third-party platform.

Apart from that, various bugs have been identified and fixed like Editing Masternode entries using the GUI interface, staking algorithm improvements and wallet updates.

The Phore Blockchain reached a massive milestone with the release of the new version of Marketplace v2.3.1. Released on March 27th, it allows purchase with BTC and Phore, security enhancements, back-end improvements, and crypto trading. With the integration of Bitcoin into Phore’s Marketplace, the target audience increased at an incredible pace.

At present, the marketplace supports the RPC password. It is used only if the front-end and back-end are run separately. However, the login doesn’t apply since most people run these together. Therefore, a password-protected layer will be added to secure the process. These will encrypt all of the user’s seed-words. Once this is set, the user will have to unlock the wallet with the password before viewing their seed-words.

It also enhances security from the local machine hacks. It is because even the users who share a machine will require to enter the password before viewing the seeds or processing transactions. This version is still in the process of making and will be released shortly.

The Insight server is being used to improve the back-end. It is the same infrastructure that many wallets are using these days. It will help with compatibility as the platform supports the usage of additional coins.

An independent testing environment has been set for new listings. It integrates with other blockchain testnets to make debugging faster and easier.

The initial phase for Synapse’s architecture has been complete. The shard module chain is being finalized cross-linked with the beacon chain. Before launching a public testnet some issues are being resolved to sync and stabilize the environment.

While testing, two nodes were able to interact and run together for around 100 blocks. However, the chain can run much longer. The network is fully built, and the modules are complete. At present, tests are being carried out to make improvements in security and stability. Also, the team is working on the development of an appealing and easy interface.

Phore was listed on the LATOKEN exchange with trading pairs PHR/BTC and PHR/USDT in February 2020. LATOKEN is a major crypto exchange and is known for the largest Initial Exchange Offering market. It has 1.5million visitors per month. Apart from that, in January 2020 Phore was also listed on the Flits Masternode hosting app. It allows economic node hosting for just $1.99 per month. The addition of Flits in the hosting service proved to be crucial for Phore since it marks the first iOS wallet along with support from Android. People using both versions can easily manage their assets.

The efforts to increase the community size of Phore and brand awareness are in process since the start of the year. Phore has been involved actively in making its presence in the market with the help of video content. This activity will continue to grow in the coming months so that subsequent results are seen.

It has been a fantastic quarter for Phore and Synapse altogether. The blockchain continues to build a solid foundation with the help of the Marketplace and the new Synapse architecture. The Phore community has been the backbone of this project, which has left everyone waiting for Q2!

Read another article about Phore project –>