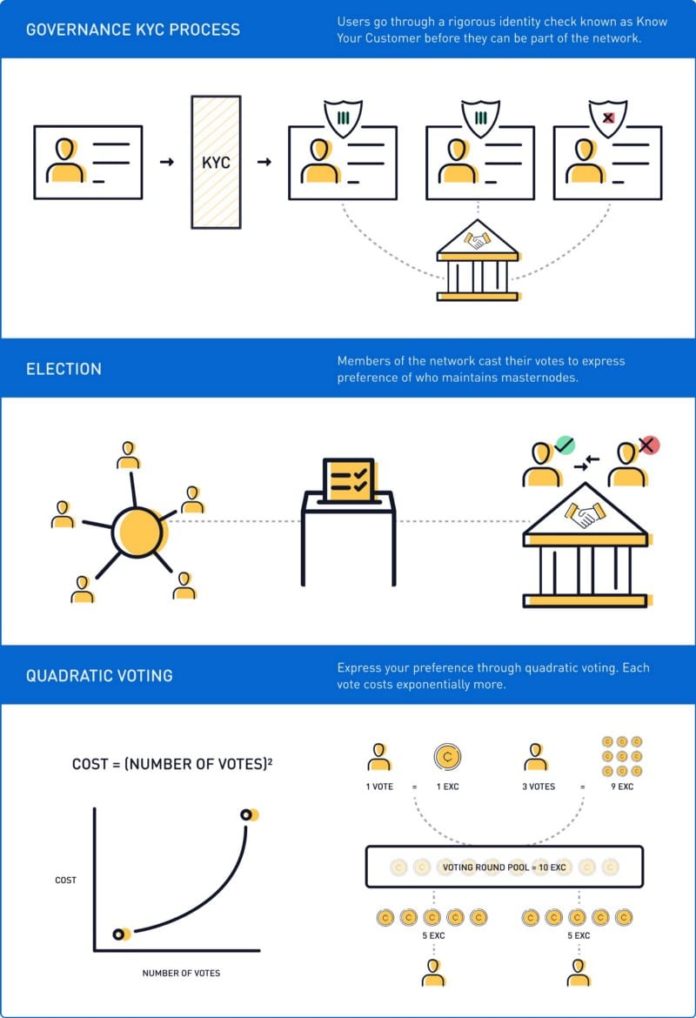 New thinkers are tinkering around with ideas that challenge the very nature of governance structures in human society today. Quadratic voting (QV) is one such idea that has been gaining a lot of ground lately. The public continues to call governments into question. Wealth inequality is growing, corruption is widespread, and the relentless pursuit of technological efficiency is threatening job security.

Populism is a logical result and movements everywhere are popping up to challenge the status quo. The Yellow Vest movement in France, Brexit, Protests in Venezuela, and the rise of socialist ideas in the US are a few making headlines. Turning to crypto, the situation may not be that much better. Fans often tout blockchain as a superior system to the establishment, but it continues to run into its own governance problems. What’s a humble voter to do?

Quadratic Voting in a Nutshell

Quadratic voting is a collective decision-making process that allows citizens to vote based on how strongly they feel about an issue. Simplistically, each voter is allocated the same number of credits which they can use to influence an outcome. The first vote equals one credit. The cost of additional votes increases according to a pricing rule.

So if you use a simple squaring rule, two votes cost four credits, three votes cost nine and so on. Imagine in this example that everyone is allocated a maximum of sixteen credits. In this way, you have the opportunity to vote on say sixteen smaller issues equally or perhaps only on one issue that you’re particularly passionate about. Either way, you use up all your votes. This prevents those with the most wealth from buying the most votes.

The idea is largely credited to Microsoft researcher Glen Weyl. He expands more on the topic in a book he co-authored called Radical Markets: Uprooting Capitalism and Democracy for a Just Society. Weyl didn’t start out in the cryptocurrency community. His ideas do seem like a great match for what it has to offer though. He now runs a non-profit organization called RadicalXChange which promotes, amongst others, egalitarian and decentralization principles.

Blockchain appears to be an excellent guinea pig to test out new governance models like QV. Word of Weyl’s idea reached Ethereum’s Vitalik Buterin and after several email correspondences, the pair, along with Harvard Economist Zoë Hitzig, published a paper titled Liberal Radicalism: A Flexible Design for Philanthropic Matching Funds. Among other issues, the paper outlines how quadratic voting can help to solve the problem of the free-rider.

Free-riders are market participants (either people or corporations) who consume more than their fair share of the resources. That relates particularly well to the ICO space where a large number of tokens are typically concentrated in the hands of a few investors.

The paper goes on to explain how funding for a project can grow organically with the users that join the network. The issues they care about the most will determine how the project evolves. This, of course, is one of the issues at the heart of the decentralization debate. As Buterin puts it:

“…to find ways to harness markets and technology to radically decentralize power of all sorts and shift our reliance from authority and to formal rules.”

Even though the idea is fairly young, some projects like Eximchain are already running with it. They claim to be building quadratic voting right into their protocol. They even go so far as to explain how quadratic voting is superior to many of the democratic voting systems we have today.

Unfortunately, quadratic voting also has some significant drawbacks. First of all, it’s highly dependent on a functioning identity-based system. One person, one vote. Identity management is already a challenge to implement online. In the current internet climate, it’s all too easy to create fake accounts. These fake accounts, or sockpuppets as they’re more humorously known, often lead back to a single user looking to consolidate power over an issue.

Secondly, even if that problem was adequately solved, it doesn’t sit quite right with many people in the cryptocurrency community anyway. Enthusiasts, and indeed a few projects like Monero and ZCash, build their coins around anonymity in the first place. Clearly, QV will not work in all applications and will probably depend on the success of other projects first like Civic or SelfKey.

That said, this stuff *does* require a unique-identity layer to work well. I think it’s one of the higher-priority layer-2 infrastructure pieces that could be built right now. https://t.co/fK5uG5kK5u

It’s safe to say the jury is still out. Quadratic voting introduces some novel ideas that basically divorce the accumulation of power from wealth. That’s a difficult problem to solve in a world where wealth typically drives progress. At the same time, it doesn’t prevent wealth creation either. Many startups and founders have positively impacted the way we live today and should be rewarded accordingly.

Fortunately, the arrival of cryptocurrency means that creators can test out these kinds of governance ideas in small economic networks at a relatively low cost. Creating your own money has probably never been easier. Getting it to scale is arguably the larger task. As Ethereum makes its slow but steady move to Proof of Stake, it’s doubtful that large projects will integrate QV anytime soon.

The upside, however, is that there’s at least a healthy debate going on as to how to structure the human societies of tomorrow. In a conversation with CoinDesk, Weyl refers to the proto-fascist climate of the 1930s as similar to what we’re currently experiencing. That was a precursor to World War II and surely a period worth learning from. Will quadratic voting actually have the impact it hopes to achieve? As usual, you, the savvy reader, will just have to stay tuned to find out.

The post Quadratic Voting: Rethinking the Future of Governance appeared first on CoinCentral.