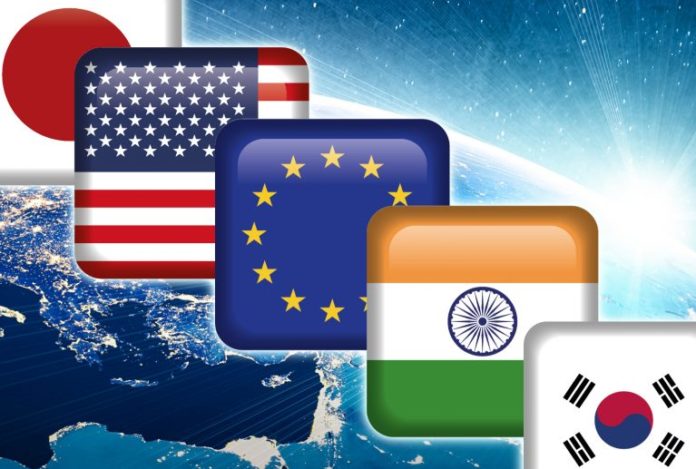 Over in the tax arena, the Internal Revenue Service (IRS) has finalized and published a new tax form mandating tax filers to disclose whether they bought, sold, exchanged, or acquired any cryptocurrencies during 2019. The agency also revealed its plans last week to identify and convict crypto tax evaders. Meanwhile, the U.S. Financial Stability Oversight Council, chaired by Secretary of the Treasury Steven Mnuchin, has published a report discussing crypto assets. While noting that their market capitalization has grown rapidly, the council asserted that “so far, digital assets have not been widely adopted as a means of payment or store of value.” Nonetheless, the report details:

The council recommends that federal and state regulators continue to examine risks to the financial system posed by new and emerging uses of digital assets and distributed ledger technologies.

In addition, Georgia Governor Brian Kemp picked former Bakkt CEO Kelly Loeffler last week to replace Senator Johnny Isakson who is retiring at the end of the month. Loeffler is expected to take office on Jan. 1.

The governor of the Reserve Bank of India (RBI), Shaktikanta Das, has revealed the central bank’s plan for a state-backed digital currency. Until now, there have been conflicting reports of whether the Indian government is planning to issue a digital rupee. The RBI governor himself has now shed some light on the situation. While noting that it is still very early to discuss the matter, he admitted that some discussions are going on and the RBI has “examined it internally.” Furthermore, “As and when the technology evolves with adequate safeguards,” the governor said:

I think it is an area where the Reserve Bank will certainly look at seriously at an appropriate time.

The central bank’s stance on bitcoin and other cryptocurrencies has not changed, however, and the banking restriction on the crypto industry is still in place. The Indian supreme court is scheduled to resume hearing the arguments against the RBI ban on Jan. 14.

South Korea may soon change its tax laws to include cryptocurrencies. The Korea Times reported on Sunday that the government is seeking to start imposing taxes on capital gains from crypto transactions. The Ministry of Economy and Finance has reportedly confirmed that it is pushing for the measure to be reflected in tax legislation next year. An official of the ministry said:

Related discussions have been taking place. The revised bill will be drawn up by the first half of next year. The cryptocurrency regulation in South Korea is also undergoing changes following the passing of an amendment bill at the end of last month. Among other requirements, crypto exchanges must register with the Financial Services Commission’s Financial Intelligence Unit, have a system that complies with the standards set by the Financial Action Task Force (FATF), and use the real-name system. The new rules will go into effect one year after the regulation is promulgated.

The European Council and the European Commission issued a joint statement regarding stablecoins on Thursday after several countries expressed concerns over Facebook’s planned currency, Libra, over the past months. While acknowledging that these coins may present cheap and fast payment opportunities, the two European authorities claim there are many risks. They wrote: “these arrangements pose multifaceted challenges and risks related for example to consumer protection, privacy, taxation, cyber security and operational resilience, money laundering, terrorism financing, market integrity, governance and legal certainty.” The Council and the Commission asserted that their concerns are likely to be amplified and new risks could emerge when a stablecoin has the potential to reach a global scale. Their joint statement reads:

The Council and the Commission state that no global ‘stablecoin’ arrangement should begin operation in the European Union until the legal, regulatory and oversight challenges and risks have been adequately identified and addressed.

Japan’s top financial regulator, the Financial Services Agency (FSA), recently approved the country’s 21st cryptocurrency exchange. Lastroots began operations in 2017 before Japan started regulating crypto assets. The exchange applied for registration in September that year but was never approved until now. Meanwhile, the Bank of Japan has released a report which identifies and examines the main legal issues surrounding central bank digital currencies (CBDCs). However, the bank said it is currently not considering issuing one.

Over in Ukraine, amendments to a draft law have been approved, describing “virtual assets” as property and a digital expression of value that can be traded or transferred and used for payment or investment purposes. The new legislation aims to transpose the FATF standards into Ukraine’s national law. In addition, Ukrainian crypto companies can now receive grants of up to $75,000 each from the government.

What do you think of the regulatory developments in the crypto space covered in this roundup? Let us know in the comments section below.

BTC has hovered between bullish and bearish attitudes. But one chart analyst sees a possible scenario, as the bitcoin price...