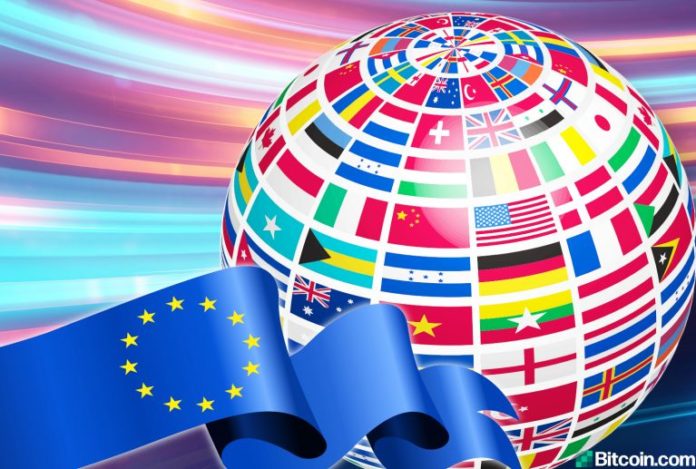 In this roundup, we cover EU-wide crypto regulations and individual countries’ new digital asset rules including Austria and the U.K. We also cover numerous crypto regulatory developments in the U.S., China, Japan, South Korea, India, and the Philippines.

The deadline for all European Union member states to transpose the 5th Anti-Money Laundering Directive (AMLD5) into their national legislation was Jan. 10. All EU countries should have started regulating crypto exchanges and custodial wallet providers like banks and financial institutions.

A number of European countries have independently announced how they are regulating crypto service providers such as Austria and the U.K. Some countries have missed the deadline, however. The Netherlands, for example, said on Jan. 10 that its crypto legislation is not yet effective despite many months of preparation. Prior to the Jan. 10 deadline, European Central Bank (ECB) President Christine Lagarde said that the bank wants to take an active role in the digital currency field, reinforcing her plan to lead the ECB “ahead of the curve.” The ECB is also actively working on a digital currency, which Lagarde said should not discourage private sector solutions.

Meanwhile, cryptocurrency is a focus of European regulators this year, as the European Securities and Markets Authority (ESMA) outlined in its Strategic Orientation 2020-22.

US: Multiple SEC Actions and a Registration Statement

The U.S. has been active regarding crypto oversight this past week, with several government agencies taking crypto-related actions. As the Securities and Exchange Commission (SEC) deals with a number of crypto cases, its compliance office has named digital assets a priority this year.

Among the cases the SEC dealt with last week is one concerning Telegram. The agency has gotten a break in this case when the Southern District Court of New York ordered the company on Monday to hand over its bank records by Feb. 26. Secondly, the SEC is seeking more than $16 million in disgorgement plus civil penalties in a case targeting Icobox and Nikolay Evdokimov, a court document reveals on Jan. 10. Thirdly, the agency charged Donald G. Blakstad and two entities he controlled on Jan. 8 with engaging in the fraudulent offer and sale of over $3.5 million of securities. They claimed to have “developed a world-class data center for cryptocurrency mining.”

Meanwhile, First Bitcoin Capital Corp. filed a registration statement with the Commission on Jan. 7 seeking to list its shares on Nasdaq. In the state of New York, Governor Andrew Cuomo has proposed amending the state’s financial service law to place crypto companies “on an even footing with other financial services companies.” He explained that under the current law, entities licensed under the Insurance Law or Banking Law are required to pay assessments to the state’s Department of Financial Services to cover the cost of examination and oversight. However, crypto companies are not required to pay such assessments, despite being subject to similar examination and oversight requirements.

China has continued to make headlines in the crypto space, with its ongoing love for blockchain technology and push to launch a central bank digital currency (CBDC) ahead of Facebook’s Libra. Its central bank, the People’s Bank of China (PBOC), has named digital currency one of its priorities this year. In addition, the media reported last week that the bank’s digital yuan had completed its preliminary design and testing.

As for blockchain technology adoption, the provincial government of Anhui announced earlier this month a plan to use blockchain technology across governmental service centers. Moreover, the country’s nationwide blockchain service infrastructure platform reportedly will be put into commercial operation in April. The Blockchain Service Network is an industry alliance initiated by the State Information Center.

Meanwhile, China is still skeptical about cryptocurrency. A report by blockchain security firm Peckshield claims that cryptocurrency-based capital flight from China was around $11.4 billion in 2019. Several other Asian countries have made crypto-related announcements this past week. In Japan, the Financial Services Agency (FSA) has reportedly revealed its plans to limit the leverage in crypto margin trading to twice the deposits of traders. Local media reported that the new rule will be included in a Cabinet Office order linked to the revised Financial Instruments and Exchange Act which is expected to go into effect in April.

In South Korea, the Presidential Committee on the Fourth Industrial Revolution has proposed a number of pro-crypto measures. The committee has urged the government to integrate cryptocurrency into the country’s financial system, allowing financial institutions to directly handle and offer a wide range of crypto products, including derivatives. It also proposes listing bitcoin on the country’s stock exchange.

In India, the state of Kerala is positioning itself as the blockchain hub of India, with plans to use the technology to improve a wide range of existing systems, including financial.

In the Philippines, a plan to build an airport is underway in the “Crypto Valley of Asia,” an initiative of the Cagayan Economic Zone Authority (CEZA), the government agency responsible for managing the Cagayan Special Economic Zone and Freeport. Last week, CEZA’s administrator discussed pro-crypto regulations with a Japanese minister of state. They also call for cooperation among Asian countries.

What do you think of the regulatory developments covered in this roundup? Let us know in the comments section below.

According to recent updates, it seems that India’s Supreme Court is finally ready to tackle the RBI vs. Crypto case,...