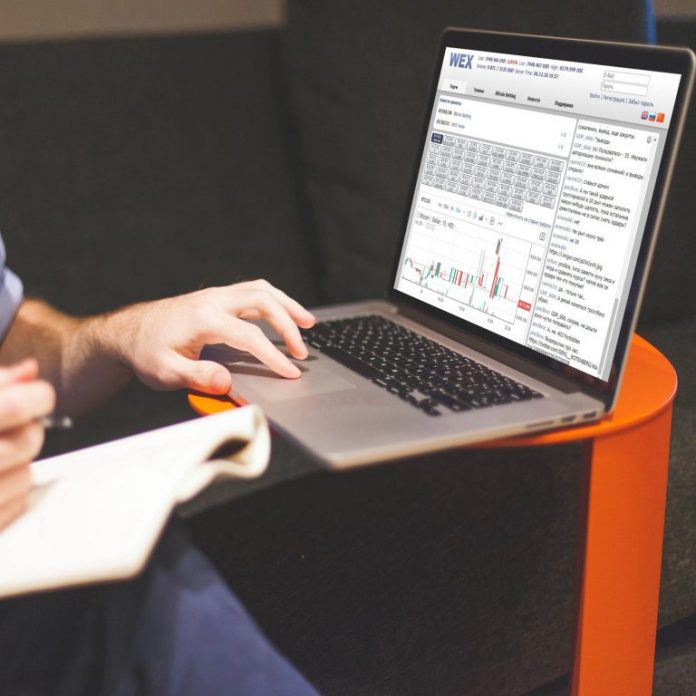 Cryptocurrency exchange Wex, successor of the infamous BTC-e, has a new owner. Dmitry Havchenko, a former Ukrainian entrepreneur turned separatist fighter, has reportedly bought the coin trading platform through a family member. He now wants to restore it and also to track down the lost “Vinnik’s treasure.”

Wex’s operator, Singapore-based World Exchange Services, has been officially acquired by Havchenko’s daughter, 29-year-old Darya, BBC Russian Service reported. Local authorities did not allow her father to register the company under his name, probably because of his participation in the armed conflict in the region of Donbass.

Wex has been practically out of service for months, with reports of very limited activity and only a few coins available for trading and withdrawal. A number of users have already informed Russian police they are unable to withdraw their funds from the platform. Wex recently lost its .nz domain and after changing its web address several times is currently hosted on another domain, wex1.in. The exchange inherited BTC-e, once the largest cryptocurrency trading platform in the Russian-speaking world, which was relaunched under the Wex name in mid-September 2017. Toward the end of last year, its daily volume reached $80 million and it was among the top 20 digital asset trading platforms in the world, according to data from Coinmarketcap, quoted by RBC.

World Exchange Services, reportedly registered by one of BTC-e’s biggest clients, Belarusian native Dmitry Vasiliev, kept BTC-e’s interface and user accounts, although it has denied any connection with the previous operator, Seychelles-based Canton Business Corp. According to some reports, one of the supposed founders of BTC-e, simply known by his “admin” nickname, has also been involved in the rebranding. In the summer of this year, Havchenko made his first attempt to acquire Wex but the deal failed.

According to U.S. authorities, BTC-e has been used to launder billions of dollars, including cryptocurrency stolen in the Mt Gox hack. Its suspected co-owner Alexander Vinnik was arrested in Greece last summer and is awaiting the outcome of his extradition trial. He is wanted for a number of crimes in the U.S., France and his native Russia, but has always maintained his innocence, claiming he was only consulting BTC-e. Recently, Vinnik went on a hunger strike to protest his treatment by the Greek judiciary.

Dmitry Havchenko, also known by his wartime call sign “Moryachok,” now wants to restore Wex and establish its headquarters in Crimea, the Autonomous republic which seceded from Ukraine and joined the Russian Federation. He told the BBC he plans to use the platform to provide financial support to other unrecognized pro-Russian entities in the post-Soviet space, including the two self-proclaimed republics in Eastern Ukraine, Donetsk and Lugansk, Transnistria in Moldova, and Abkhazia and South Ossetia in Georgia. “Our goal is to fight the domination of the dollar,” Havchenko declared.

The new owner also promised to restore the funds lost by Wex users. “The main task now is to return the missing crypto assets. A whole team of lawyers and collectors will be working to achieve that,” he said speaking to the BBC. Havchenko hinted he could also seek help from Russian law enforcement agencies. However, he declined to give any timeframe as to when the exchange might reopen.

Another goal set by the entrepreneur is to track down the digital funds that disappeared after BTC-e went offline, the so-called “Vinnik’s treasure.” He was referring to money accumulated from exchange fees collected by the platform as well as users’ funds that were not withdrawn after its demise. The BBC is quoting different estimates of the total amount which range from $150 to $500 million. According to the report, BTC-e was working with at least 15 entities registered in different offshore jurisdictions, from Cyprus to Belize, and using a number of bank accounts around the world, including one with the National Investment Bank of Mongolia. Many have been searching for Vinnik’s treasure, including the U.S. government. In 2017, the Treasury Department’s Financial Crimes Enforcement Network decided to fine the exchange $110 million and Vinnik another $12 million for various violations of U.S. anti-money laundering laws.

What are your expectations for the future of the Wex cryptocurrency exchange? Share your thoughts on the subject in the comments section below.