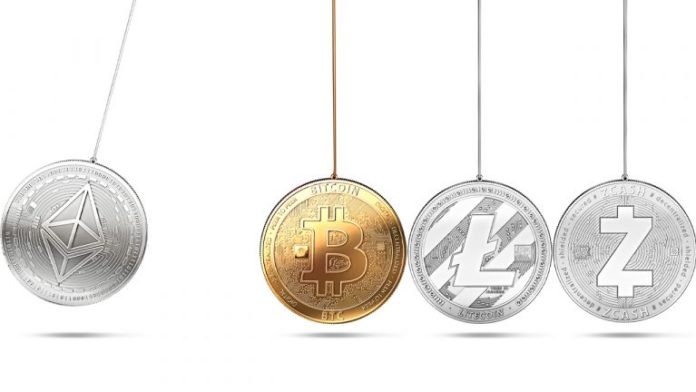 On May 13, the San Francisco-based cryptocurrency exchange, Coinbase published a report that shows digital currency investors are investing in alternative cryptocurrencies despite bitcoin’s 67% market dominance. Data from Coinbase shows that customers with at least five crypto purchases, roughly 60% of them buy bitcoin first but only 24% remain exclusively loyal to the digital asset.

Coinbase has recently released interesting data on the purchasing of bitcoin (BTC) and alternative digital assets. The company that started in 2012 is one of the most popular cryptocurrency exchanges and is the largest worldwide by reserves held. The recent report dubbed “Bitcoin’s dominance alongside Coinbase customer behavior” indicates that customers who leverage the exchange still enjoy purchasing altcoins other than BTC.

“Among customers with at least 5 purchases, 60% start with Bitcoin but just 24% stick exclusively to Bitcoin. In total, over 75% eventually buy other assets,” the Coinbase report notes. Coinbase says that in general, BTC is a “blue-chip asset [that] has remained unchallenged.” But the company also sees a trend where alternative digital currencies are increasingly gaining traction. “This could be for a variety of reasons, but one is largely psychological. As people feel good about their initial crypto investments (into Bitcoin), they branch out to find other possible categorical winners (as evident in the 2017 bull run),” the report highlights. “The converse is also possible, as prices drop and fear grips the market (2018–2019), a flight to crypto safety drove Bitcoin back to the forefront,” the San Francisco company’s report further stressed. ‘A Retail Preference to Branch Into Other Assets’

In 2017, Coinbase said it became evident that BTC’s dominance was threatened in 2017 but regained a higher dominance in 2019. At one point in 2017, BTC’s dominance was below the 40% threshold but jumped as high as 72% in 2019. Today the average for the last few months is around 65%. “Retail volume on Coinbase shows an increased proclivity to purchase and trade alternative assets,” Coinbase detailed. The exchange added:

This increasing drive is in part due to Coinbase’s continued addition of new assets, but a deeper cut shows that price volatility significantly swings consumer behavior toward non-BTC assets. This trend first appeared in 2017 and is now evident in large spikes. Notably in late 2019 (with Tezos, Chainlink, BAT, 0x, and Stellar) and again in early 2020 (driven by Ethereum, Tezos, and Chainlink). These days only 60% of first purchases on Coinbase are BTC, 40% is another coin for first-time buyers. “The retail preference to branch into other assets shows that new users come to crypto through Bitcoin, but generally begin to look for alternative assets and use-cases. In this sense, Bitcoin is also top of the funnel for broader crypto growth,” the Coinbase study highlights.

What do you think about the findings from Coinbase’s recent report? Let us know in the comments section below.

Trader Claims Ethereum May Soon See a 45% Drop: Here’s What’s Behind the Prediction

Ethereum has been able to gain some ground against Bitcoin throughout the past several days This slight uptrend may not...