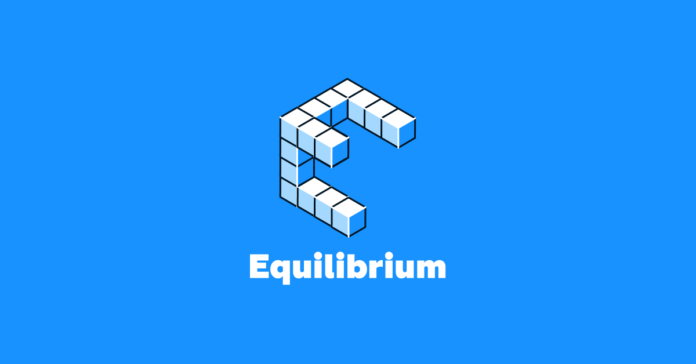 Equilibrium is the multi-chain framework for DeFi products and asset-backed stablecoins like EOSDT. This article explains how you can benefit from multiple levels of rewards within Equilibrium’s EOSDT model. Users can receive these rewards by staking EOS collateral (via the EOSDT Gateway) or by staking NUT tokens to the EOSDT governance contract (via the EOSDT voting system). We will cover how this works by explaining the system’s revenue streams, and give examples to help you benefit from the associated rewards.

The first thing to know is that all revenue streams are fully distributed to users who staked EOS or NUT in EOSDT’s smart contracts. 90% of all revenue goes to EOS stakers and 10% goes to NUT stakers. Users receive income proportional to their stakes. Returns fluctuate over time, and as of this writing, they could receive 17.3% APR on every NUT staked and 2.3% APR on every EOS deposited into the EOSDT collateral pool.  Note that these APRs change due to a number of market variables (see “BP Rewards APR” section below).

EOSDT uses all staked EOS collateral to vote for the top 30 block producers (BPs) based on NUT votes they receive. NUT holders can stake their NUT in the EOSDT governance contract to vote for their preferred EOS BPs. The winning BPs receive those votes and decide how much of a daily reward to give to the Equilibrium community.

Imagine you have 1,000 EOS. If you use it as collateral in the Equilibrium framework for one year, you could earn 18 extra EOS just by holding it there, based on recent transactions:

On October 9, we staked 2 NUT for voting on the governance account.

As of January 8, we are entitled to roughly 2.05 NUT, as may be seen on the voting portal.

In effect, our staking reward amounted to 2.5% for 91 days (from October 9 to January 8). When annualized, this would be about 10% annual interest.

When EOSDT users pledge EOS collateral, the system automatically stakes that EOS to REX (Resource Exchange). REX generates revenue by leasing out EOS network resources. EOS collateral holders on Equilibrium receive 90% of this revenue every five days, and the remaining 10% goes to NUT holders through the mechanisms on the EOSDT’s liquidator contract.This REX integration means Equilibrium end users gain access to passive income and discounted collateral. As of this writing, Equilibrium is the largest lender to REX.

EOSDT’s model uses Equilibrium smart contracts to liquidate undercollateralized loan positions. (You can learn more about collateralization and other key concepts here). When the value of a position’s EOS collateral drops below 130% of its generated EOSDT, it will be liquidated with a 15% penalty applied. Liquidated EOS collateral is then available for purchase from the liquidator smart contract at a discount. Users who want to take advantage of this arbitrage opportunity can send EOSDT or NUT to the liquidator account in exchange for discounted EOS.

If no one is willing to participate in collateral auctions and the EOS price continues to fall, there eventually won’t be enough EOS collateral in the system to cover all the liquidator’s bad debt. In this case, the liquidator contract would take a fraction of the total collateral to cover the difference.

At present, most of the EOSDT system rewards come from BP rewards. An approximate BP rewards APR may be calculated as follows:

By simply staking EOS in the EOSDT collateral pool, you participate in the multiple revenue streams described above. Once you stake, you have the ability to borrow and access EOSDT stablecoins. You may also use the NUT token for voting, as well as additional benefits like arbitrage opportunities.

You can get started with Equilibrium’s EOSDT right here. For a simple introduction to borrowing, please see “Affordable DeFi Borrowing with EOS — A Step-by-Step Guide.”

Disclaimer: This article is for informational purposes only and is not to be considered financial or legal advice. The numbers and information are indicative only, calculated at the time of writing, and may be subject to change.