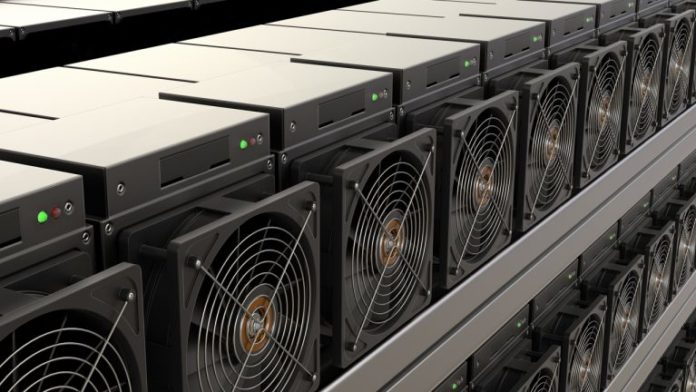 Bitmain Technologies Inc. said Monday that Nasdaq-listed Riot Blockchain is buying 8,000 of its Antminer S19 Pro bitcoin miners in a deal worth $17.7 million.

In a blog post, the Chinese crypto mining hardware maker stated that the machines will be delivered in batches of 2,000 over four straight months starting January 2021.

“We are glad to continue and expand our cooperation with Riot. Riot is a long-term friend of ours, and we have witnessed and assisted them in building up a powerful mining operation in North America,” said Irene Gao, Bitmain’s Antminer sales director of NCSA Region.

“We believe this new purchase help will Riot expand a leading position in the market and fulfill their business vision, which we are more than happy to be and continue being part of,” she added.

Specifically, the Antminer S19 Pro, which was released earlier this year, comes with a hashrate of 110 terahash per second (TH/s) and a power efficiency of 29.5 joules per terahash (J/TH). At a price of $2,407, the miner is not particularly cheap compared to other competing machines within its range.

However, the S19 Pro is the most profitable bitcoin miner on the market currently, generating up to $5.79 of profit each day, according to data from F2pool, a global BTC mining network. Microbt’s Whatsminer M30S++, which boasts a hashrate of 112 TH/s and power efficiency of 31 J/TH, rakes in a daily profit of $5.70.

Jeff McGonegal, chief executive of Riot Blockchain, said that the new Antminer units will help the Colorado-based company reach its hashrate goal of 1.45 exahash per second (EH/s) on 47 megawatts of electricity “by early 2021.”

“…Sourcing hardware can be exceptionally challenging during the current pandemic and in this economic climate. Bitmain provided us with exceptional service in a path towards achieving our goal and because of their robust supply chain we are scheduled to exceed it,” he said.

Riot Blockchain currently operates more than 15,000 Bitmain bitcoin miners, including the older Antminer S17 Pro machines. Its order follows another by Marathon Patent Group earlier this month, which is purchasing $23 million worth of the S19 Pro BTC miner from Bitmain. Another U.S. firm, Core Scientific bought 17,600 machines from the Chinese company in June.

What do you think about U.S. companies aggressively buying newer bitcoin miners? Let us know in the comments section below.

Faith in Polkadot hasn’t been tarnished by the ham-fisted actions of Binance and Kraken, after the cryptocurrency exchanges commenced trading...