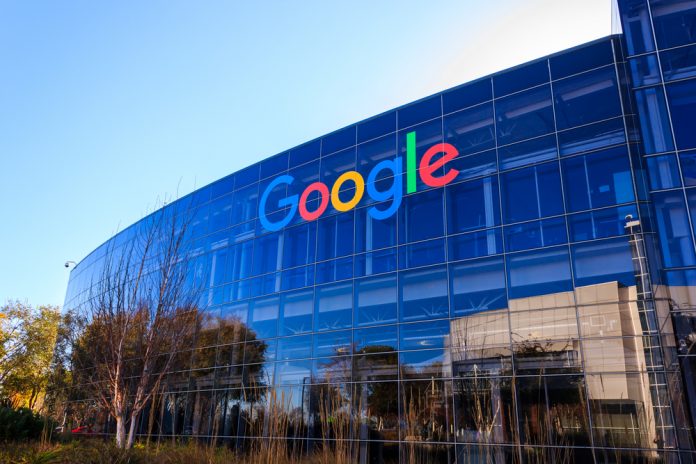 One notable news is currently spreading in the networks of crypto-currency fans: a large American corporation has a strong interest in cryptocurrency and could even catapult it to $ 500 per coin. We are talking about the cryptocurrency Ripple, which is of interest to banks, and the Google Silicon Valley corporation.

But how could Ripple Google be useful – how does Ripple and Google fit together?

Interestingly, Google has been working with Ripple Labs for some time. Silicon Venture Venture Venture Google Venture has been investing in cryptocurrency for some time now. Together, the developers work on a fast and cost-effective transfer form. After all, in the networked world, it will become increasingly important to transfer money.

This is where the Ripple Blockchain comes in, because it is just as fast as Visa’s payment processing system, and it does about 1500 transactions per second. The costs are enormously favorable with 0.0004 US-Dollar per execution. This offers great cost savings and many benefits to customers and dealers worldwide.

That new payment methods, in addition to cash and credit cards are becoming increasingly popular, show the new pay variants of Apple, Alibaba and Co.

Google has also launched its service Google Pay. Here, customers deposit their normal credit card or the Paypal account and can now pay with their mobile phone in the shop or restaurant. To further develop this method, make it faster and cheaper, both companies can benefit from each other.

Also fits the message that Amir Sarhangi from Google to Ripple. Sarhangi has been working on the search engine since 2015 and is now set to build the RippleNet – the global payment network of the cryptocurrency. A promising message for Ripple and certainly not that bad for Google.

After all, everything indicates that the two partners could interlock more and more and thereby revolutionize global payment transactions. This would benefit both sides and their investors. Most recently, however, the prices of the two companies fell slightly. But Wall Street and the cryptocurrency market are going through a difficult time in general. That’s not because of the two companies themselves.

What effect does this have on the ripple course?

In December 2018, the ripple coin – also called XRP – listed as the second most valuable cryptocurrency with a market capitalization of about $ 12.5 billion at $ 0.295 per Coin. Now insiders of the crypto scene put forward the bold thesis that an XRP could soon be worth $ 500. That would be an increase in value of 169,931 percent! An invested Euro could therefore be 169,931 euros.

Even if this increase in value sounds rather utopian: There were already strong value gains in cryptocurrencies. And even if the ripple only rose to one-tenth of the total, $ 50 per XRP, many investors would be doing the business of a lifetime.

And such an increase seems to be possible due to the networking of the company in the business world. The recent news was that the Saudi National Bank (NCB) tested the ripple system and found it to be good. Now the bank uses the xCurrent system to make cross-border payments, mainly to North America and Asia.

The trick is that the bank would not use the system if it was bad or did not work. xCurrent aims to improve the already existing system of cross-border payments.

The next step is to implement xRapid. This system is Ripples’ premium offering and is expected to reduce the cost of cross-border payments by 40 to 70 percent, according to companies that tested the system.

As a result, the ripple price is expected to continue to rise in the future, though it is currently on a dry spell, like most other cryptocurrencies. The advantages are obvious: On the one hand, the currency has real potential for use in global payment transactions. Many cryptocurrencies exist simply as a speculative object or for value preservation. But you can not do something productive with them.

In addition, the Microsoft founder and billionaire Bill Gates also relies on the technology of the bank cryptocurrency with his Bill and Melinda Gates Foundation. By working with Google and many banks such as the Spanish financial house Santander or the credit card company American Express, the ripple and thus its coin – the XRP – should gain in value.

Another advantage is that there is no ripple mining. Mining is the process by which computers’ computing power verifies and validates the payments and activities of the network. If a calculation task is solved, the blockchain is extended and new coins are created. For example, Bitcoin and Ethereum work.

With Ripple it is however so that all ever available XRP in the amount of 99.991.757.426 already exist. There are no new ones created. With supply already set and demand rising, the price will sooner or later increase.

Where could there be more potential?

We have already seen how the cryptocurrency can advance the search engine giant. And how is it the other way around? On the one hand, the tech giant is already financing the crypto-company, on the other hand there is certainly also an exchange of ideas and also a transfer of skilled workers. So good developers from Google go to Ripple or vice versa.

This is likely to boost both Google’s share price – it’s now called alphabet on the stock market. On the other hand, the corporate value of Ripple and therefore also of the currency XRP increases. Ripple and XRP are not the same thing.

How does Ripple work? It is a technology company that specializes in digital payments. It has been written on the flag to revolutionize international payments. So the payments should be much cheaper and eventually the money in real time change the owner.

Gone are the days when you made a transfer order in one day and the money arrives at the earliest on the following day.

Through globalization, companies offer their products and services worldwide. That in this case the money for services rendered does not always arrive quickly is an open secret. Services like xCurrent or xRapid can help.

Fun fact: One of the most common Google searches worldwide in 2018 was “how to buy ripple”. This question shows that interest is increasing worldwide. But you can also see that the technological understanding is not yet fully developed. Finally, as discussed above, investors can only buy XRP. But this knowledge will continue to spread in the future.

Especially through cooperation, as in this example. XRP is just a kind of lubricant for the system and not to be confused with ripple. This is a technology company that finances itself by issuing and selling XRP tokens. In the best case, both the enterprise value and the value of the cryptocurrency increase.

What are investors doing now?

Buy ripple or not? Well, the cryptocurrencies are currently in a bear market. This means that many more people want to sell than buy and the prices are down. However, this circumstance can offer opportunities for risk-averse investors. After all, the ripple news is good, as can be seen in the example with Google.

Other corporations will certainly seek cooperation and thus expand technology and business. So if you want to invest, you can do that right now, but rather with small amounts. At the moment the market is in bad shape. But if you take chances and buy them in as soon as prices stabilize, you can do good business.

The Coins just keep well in the ripple wallet. Just look at the declared price target of $ 500 for an XRP.

Anyone who practices ripple trading is currently getting their money’s worth. Finally, the course fluctuates neatly back and forth, without forming a real direction. Conquer the XRP but the important brand of double bottom at 0.36 dollars to 0.38 dollars back, it should first stabilize. After that, he could break over $ 0.42 back up. Until then, however, it needs more positive messages for the coin.

What is the future between Ripple and Google?

In the future, Google Ripple could push a lot, in which it incorporates the payment options for its own offers. For example, the public transport offers could be directly integrated via Google Maps and paid for in real time via XRP. Also transactions for the fleet of autonomous cars of the California Tech giant could profit similarly from machine-to-machine-Payment similar to IOTA.

Here, machines should pay each other without people being interposed. In the network of the search engine group, there are numerous applications. As soon as the technology is ready, it will certainly be used. Finally, this contributes to an increase in value on all sides.

But even Ripple itself could fuel Google and that, by building the new payment system of the future together with the group. After all, billions of people around the world are already using the free services.

So why not pair these services with an almost free and very fast payment system? How lucrative is that for retailers and businesses when payments arrive immediately? Much better than waiting for days for the money.
What are the advantages of Ripple?

Among the followers of cryptocurrencies, the currency remains controversial. While many coins and tokens, such as Bitcoin, Ethereum, Litecoin or EOS, are focused on decentralizing payments, Ripple works closely with banks.

An advantage or a disadvantage? In the crypto scene a disadvantage, because people just want to make those instances like banks obsolete. But in the real economy and for the future development of the company undoubtedly an advantage.

Through the collaboration, Ripple will push Google and himself. A successful future seems far more likely than many other currencies.