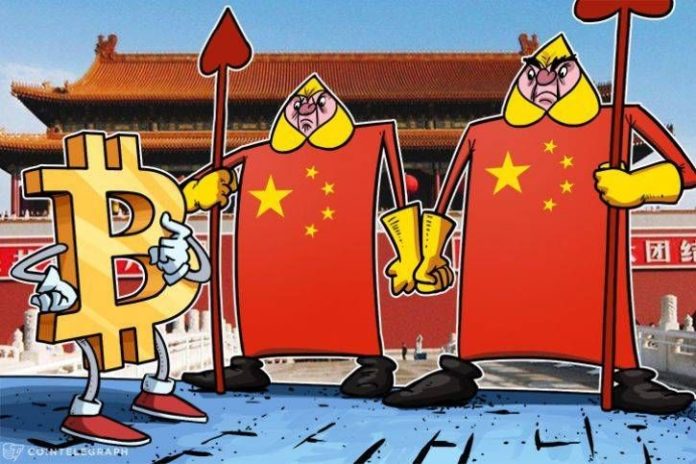 In a recent interview with Stifel Tech Analyst Lee Simpson, Garlinghouse delved into a number of topics related to blockchain technology and the crypto world, and claimed that BTC is under the control of China, saying:

“I’ll tell you another story that is underreported, but worth paying attention to. Bitcoin is really controlled by China. There are four miners in China that control over 50 percent of Bitcoin. How do we know that China won’t intervene? How many countries want to use a Chinese-controlled currency? It’s just not going to happen.”

Garlinghouse also shared his opinion about BTC’s and XRP’s underlying technology, blockchain, arguing that it “will not disrupt banks,” though “it will play an important role in the way our system works,” however “it’s a short-sighted view.”

Speaking about Ripple’s XRP, he described it as “the best digital asset for settlement.” Garlinghouse said that “Bitcoin today takes 45 minutes to settle a transaction,”  whereas XRP takes four seconds to settle, he claimed.

In February, trading platform BitMex released a report on Ripple and the XRP token, discovering that the structure of Ripple’s consensus protocol suggests a more centralized structure to their currency.

According to the report, BitMex’s research team conducted an internal test with Ripple’s technology. The team installed and ran a copy of Rippled, the node operated by downloading five public keys from the Ripple’s server, all of which were assigned to Ripple.com. Four of the five keys were reportedly required to support a proposal in order for it to be accepted. “Since the keys were all downloaded from the Ripple.com server,” the report says, “Ripple is essentially in complete control of moving the ledger forward, so one could say that the system is centralized.”

A new study by University of Texas’ staff released today, suggests that half of the BTC price surge in December last year was explicitly due to Tether and issuer Bitfinex. The paper describes transaction patterns, which show that Tether was “used to provide price support and manipulate cryptocurrency prices.” It is stated that purchases with Tether were “timed following market downturns and result in sizable increases in Bitcoin prices.”

The Michigan state legislature has introduced two bills that classify modifying data on a blockchain as a crime, according to...