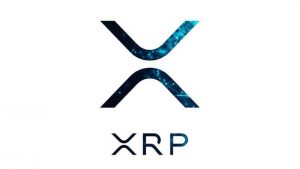 Of all the decentralized networks making the headlines in 2018, the Ripple network is simultaneously one of the most successful and misunderstood. To outsiders, Bitcoin and its digital asset BTC are one and the same, just as ETH is the Ethereum blockchain’s cryptocurrency. However, when it comes to Ripple and the XRP coin, things aren’t as straightforward. Although XRP is a token used to facilitate transactions in Ripple’s xRapid system, they aren’t the same thing. In fact, in June 2018, Ripple CEO Brad Garlinghouse went on CNBC to explain the differences between the two products.

In his words, XRP is an open source token and ecosystem that Ripple is building on top of with its xRapid payment system. However, the confusion over the links between Ripple and XRP comes from two sources. Firstly, Ripple claims it didn’t create XRP, despite many people assuming the company did. It has, however, said that it was gifted XRP from the people that created Ripple and that’s the reason it’s been able to use it as the default token for the Ripple payment system. The other reason people assume Ripple and XRP and inextricably linked is that Ripple has a majority XRP holding.

Is XRP a Security or Not?

This fact has led to legal issues with investors and the US Securities and Exchange Commission (SEC). Although Ripple recently settled its dispute with R3, the company is still fighting to prove XRP isn’t a security. In simple terms, because Ripple owns a majority share of XRP and has sold off coins to investors, it has a vested interest in its value. What’s more, as Andrew Macdonald of Crypto Briefing has pointed out, Ripple and XRP used to use the same logo. Moreover, Ripple publishes an XRP performance report which, in his opinion, is “eerily similar” to an earnings report.

Based on this, many have argued that XRP has a monetary value and can be traded. Under that definition, it should be classed as a financial security and, therefore, subject to the same SEC regulations as stocks and bonds. As a counter to this, Ripple has gradually begun to distinguish itself from XRP. As well as a new XRP logo, the company has published a blog post on how the two entities are different. While the Ripple/XRP debate rages on, the former has just announced that its xRapid platform should be ready for commercial release by the end of 2018.

If and when the cross-border payment platform goes live, it could be significant for two reasons. Firstly, it may cloud the security debate further. Because xRapid is powered by XRP and Ripple is the company behind xRapid, it’s as though the former’s utility is dependent on the latter. In fact, things become even murkier when you consider that Ripple’s other payment platform, xCurrent, doesn’t use XRP. Currently being used by 120 banks, xCurrent allows two separate entities to settle payments in real-time using fiat currencies. Using traditional technology, this process would take days. When xRapid goes live for commercial use, it has the potential to usurp xCurrent.

Should that happen, XRP will increase in value and, in turn, Ripple’s value will increase (on account of it holding more than 60% of the world’s XRP supply). Of course, the second major impact of xRapid going live on a commercial scale would be an upswing for investors. Those that own XRP coins or XRP CFDs on a site like eToro could see the value of their holdings increase in the early part of 2019. That’s clearly a positive and something to look forward to. However, if the launch muddies the regulatory waters even further, the longer-term effects could be negative. Indeed, if Ripple loses its legal battles and SEC rules that XRP is a security, it will have to follow strict regulations that could force it to change its business model.

The company is clearly wary of such a thing happening as it recently hired former SEC chair Mary Jo White and her enforcement chief Andrew Ceresney to act as legal representatives. As is often the case, litigation can be a long-drawn-out affair and any verdicts are unlikely to have an immediate impact on the price of XRP. However, the threat is there and it seems Ripple is doing everything to distance itself from it. For now, investors should be pleased with the growth of xRapid. However, it’s probably best not to count your chickens just

IOTA (MIOTA) –The technological revolution has begun to infiltrate the world of mobility; questioning its old conservative ways and pushing...