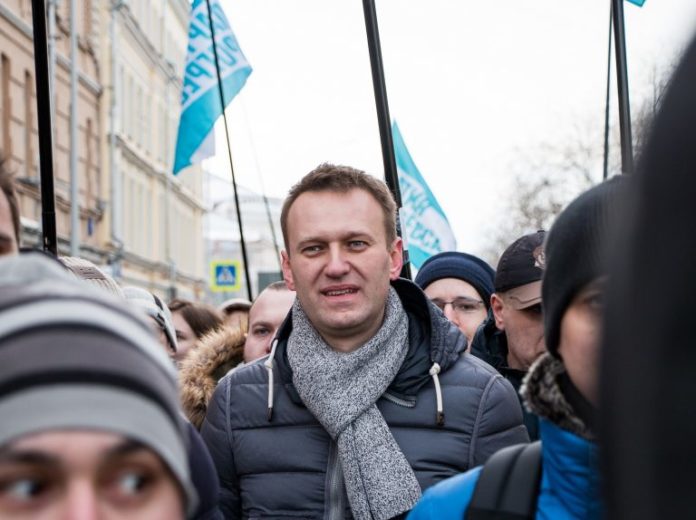 Alexei Navalny, Russia’s leading critic of the current Kremlin administration, has attracted a serious amount of cryptocurrency in the form of anonymous donations for his corruption-combatting NGO. The digital coins collected since the beginning of this year have amounted to well over $700,000 at current prices.

Navalny’s Anti-Corruption Foundation (abbr. FBK in Russian), which investigates alleged cases of high-profile corruption in Russia, has received 109.6 BTC between Jan. 1 and Dec. 1, 2019, the Russian edition of RT reported this week. At the time of writing, that’s close to 49 million rubles or around $780,000. The bulk of the donations have been made between April and September, during the run-up to the Moscow city council election.

The TV channel tracks all transactions to the wallet used by FBK since 2017. The BTC address 3QzYvaRFY6bakFBW4YBRrzmwzTnfZcaA6E, which belongs to Navalny’s campaign manager Leonid Volkov, was initially published on the “Navalny 20!8” website after his bid for last year’s presidential election was announced in 2016. It was meant to be used until the candidate’s team registered an official fundraising account but supporters have continued to send crypto funds to this day. A quick check using the Bitcoin.com block explorer shows that over 638 BTC (approximately $4.5 million today) has been deposited so far and that most of the money has been withdrawn already. The current balance stands at around 0.05 BTC after a total of 2,770 transactions. According to RT, 262.4 BTC were sent to the wallet in 2017 and another 242.2 BTC were deposited during the following year.

March, April, June, and September have been the months with the most transactions this year. In April 2019, when the campaign for the Moscow election started, the wallet received 31.7 BTC which is more than the funds raised during each of the previous months. 12.6 BTC were transferred to the same address in September with most of the money, 10.45 BTC, sent in a single transaction days after the vote for the city’s parliament. The amount was transferred from the 3DdBZ734DjaqBf29PvjxWv9mvU6VaQEs8H address which, according to the publication, is FBK’s biggest crypto sponsor, with 12 donations worth over 25.6 BTC in April alone. FBK Registered as a ‘Foreign Agent’

Transactions to and from the FBK cryptocurrency wallet have decreased significantly since the Investigative Committee of the Russian Federation opened a criminal case against people involved in the Anti-Corruption Foundation in early August. Only 1.47 ВТС were deposited by the end of that month. Donations dropped to a total of 0.54 BTC in October before bouncing back to 4.81 BTC in November.

The probe was launched into an alleged “legalizing” of illicit funds by Navalny’s NGO during opposition protests in Moscow this past summer. Russian investigators suspect members of the foundation and individuals associated with its activities of laundering 1 billion rubles (over $15 million) over the course of the past three years.

During the antigovernment demonstrations, the organizers of which are close to Navalny, the opposition leader himself was serving a 30-day prison term for inciting what authorities consider to be illegal protests against the banning of certain opposition candidates from running in the Russian capital’s elections. Hundreds of participants in the “unsanctioned” gatherings and walks through the city center were detained. Then, in October, the Russian Justice Ministry added FBK to a list of “foreign agents.” According to the ministry, Navalny’s foundation meets the criteria of that definition while the organization maintains it’s not receiving any funding from abroad. More than 70 entities have so far been listed as foreign agents since the adoption of a special law governing their activities in 2012.

According to the legislation, a foreign agent can be either a private individual or an organization that’s involved in Russian politics but receives funds from foreign entities. Those that have been labeled as such by the Russian state are required to submit regular financial declarations, report their activities and are subject to annual audits.

Accounting for income or donations received in cryptocurrency is difficult in Russia where digital coins don’t have a legal status yet. A package of laws and amendments was introduced in the State Duma last year but the final adoption of the main bill, the law “On digital financial assets,” has been postponed multiple times due to various reasons including disagreements between the Central Bank of Russia and the Ministry of Finance over the status of decentralized cryptocurrencies.

What’s your opinion about political figures and parties using crypto wallets to receive campaign donations? Share your thoughts on the subject in the comments section below.

Do you need to track down a Bitcoin transaction? With our Bitcoin Explorer tool, you can search by transaction ID, address, or block hash to find specific details, and for a look at the broader crypto space explore our Bitcoin Charts tool.

Instars is the latest platform that allows you to earn cryptocurrencies through micro-tasks in a way that protects your privacy....