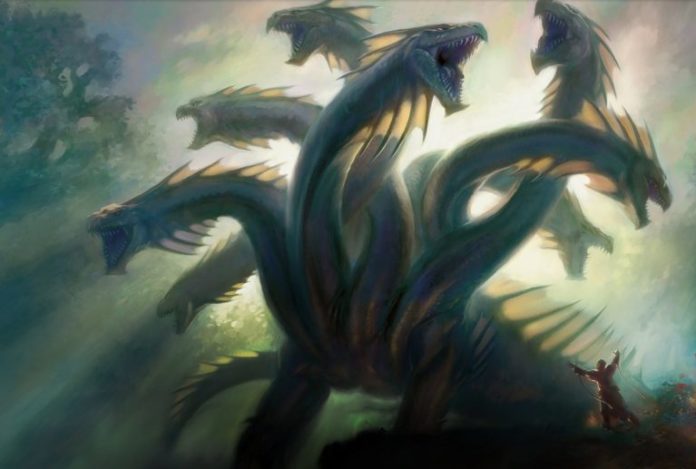 According to regional reports, the Russian darknet market Hydra is planning an initial coin offering (ICO) in order to expand the marketplace internationally. The sale is set to start on December 16 and Hydra administrators hope to raise $146 million from the token sale.

The top darknet market (DNM) famous among Russian speaking users is hosting a token sale in a few days. The Hydra marketplace has been around since 2015 and the DNM claims to have 2.5 million active users with 100,000 daily transactions. The columnist Anna Baydakova discovered Hydra’s investment memorandum, which can only be accessed with an anonymized browser like Tor. Baydakova details that the Hydra ICO will sell tokens for $100 each and users can purchase them with BTC. Moreover, Baydakova’s report highlights that investors who purchase 100 tokens will get a 0.00333333 percent share from Hydra’s profits. The regional publication Forklog is warning people about Hydra’s ICO and the news outlet has cautioned readers by saying the Hydra crowdsale “may be an exit-scam attempt by project management.”

Forklog notes that Hydra is the largest DNM in Russia selling narcotic substances but counterfeit money and other prohibited goods are not allowed. The report also suggests that Hydra has an issue with the Lenta.ru news publication, which launched a large-scale investigation into Hydra and the RAMP marketplace. Forklog discloses that according to available data, 49% of the tokens will be sold and Baydakova’s report also confirms the public sale number. The rest of the funds will be kept by Hydra admins and the DNM’s representatives said they will be funding an investigation into the Lenta.ru news publication.

The news outlet’s inquiry into the Russian DNM has a lot of evidence against Hydra’s operations. The investigative report explains how Hydra’s shadow market has a turnover of billions of rubles. Despite the fact that Hydra’s revenue outpaces sales in Russia for oil and gas, Lenta.ru news says “no newspapers write about it.” Moreover, the creation of Hydra started a “brutal war” in Russia for the drug trade on the internet and Lenta.ru suggests that Hydra became a “monopolist in the multi-billion-dollar market.” Global law enforcement has recently been following and tracking Hydra’s operations and on January 15, 2019, investigators fell upon several hundred tons of bananas and each container of fruit contained 50-kilogram briquettes of cocaine. The banana shipment had 500 million rubles worth of cocaine and it was suspected that the drugs stemmed from Hydra operations. The following June, DNM investigators seized even more banana containers that held 400 kilograms of cocaine from the Alava cartel at the St. Petersburg seaport.

Trusting an ICO That Could Literally Be Gone Tomorrow

As far as Hydra’s ICO is concerned, the 49% issued to the public will represent 1,470,000 tokens. Not only will funding help the investigation into Lenta.ru, Hydra admins are also allegedly planning to use the money to fund a project called Eternos. Reports detail that Eternos will be another DNM but will also host a digital asset exchange, encrypted messenger services, and it will supposedly run on a native anonymous browser. The 100-token package buyers will ostensibly get “$500 monthly dividends” and Hydra admins have estimated these numbers from “Hydra’s [prior] growth metrics.” Forklog says that Vladimir Todorov, the editor-in-chief of Lenta.ru news, disclosed that messages from Hydra admins “do not contain a single word of truth.”

After the news about Hydra’s ICO went viral, DNM participants discussed the subject on social media and forums. “LOL — yeah right — Imagine trusting a websites ICO that could literally be gone tomorrow,” one person commented on the Reddit forum r/darknet. Others wrote things like “Bitconnnneeeeeeect” and a few commentators explained that DNMs have done ICO-like shares in the past.

“A few months before Evolution market exit scammed, I remember they made a shares system a little similar to this — Very profitable system for Evolution admins I guess,” the person recollected.