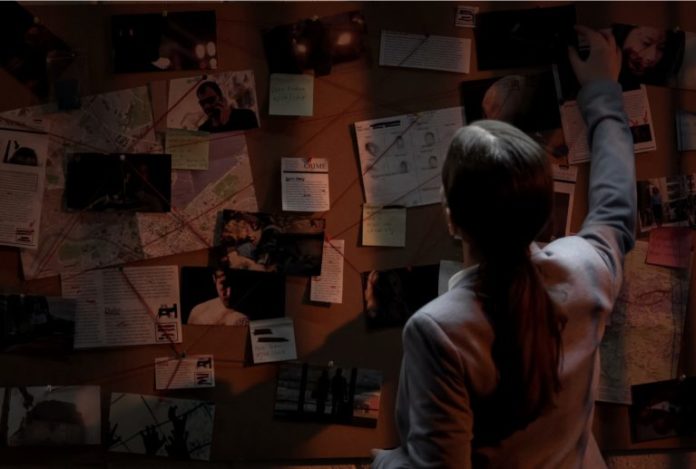 As Jameson Lopp once quipped, the smartest thing Satoshi did after creating Bitcoin was to disappear. The question isn’t ‘why did Satoshi disappear?’ but rather ‘why then?’ Was Satoshi’s departure in early 2011 scheduled long in advance, or did unforeseen events compel Nakamoto to pack his bags and flee the community he had founded, never to return? Several credible theories abound.

Also read: Why a VPN Is the First Layer You Should Pull On When Browsing the Web

Theory 1: It Was Planned All Along

Satoshi Nakamoto was a methodical and meticulous man. That much we can ascertain from his writings. He doesn’t seem the sort to wake up one morning and YOLO his way out of the community he created. Knowing there would be no coming back once he’d made the decision to leave, Satoshi may have had his departure scheduled months or even years in advance, and worked diligently to that deadline. If so, it would explain why his last forum post was a typically business-like despatch, leaving parting instructions on what had been remedied in build 0.3.19 of Bitcoin Core. Theory 2: It Was Wikileaks

Satoshi tended to keep his emotions in check when posting on the Bitcointalk forum. He had the air of a man who knew he had a lot to do and a short time in which to do it, and thus refrained from shitposting or shooting the breeze. He could occasionally be brusque (“If you don’t believe me or don’t get it, I don’t have time to try to convince you, sorry”), but was never rude or prone to venting. His penultimate forum post, however, portrays a twinge of annoyance.

In response to a PC World article commenting on Wikileaks’ adoption of bitcoin to circumvent its financial blockade, Satoshi famously wrote: “It would have been nice to get this attention in any other context. WikiLeaks has kicked the hornet’s nest, and the swarm is headed towards us.” Could Wikileaks thrusting Bitcoin and its enigmatic creator into the spotlight have been the last straw that sent Satoshi scurrying for cover? The argument that Bitcoin was getting too big too fast, which expedited Satoshi’s departure, seems credible. Theory 3: It Was the CIA

Satoshi’s final correspondence, from an April 26, 2011 email to Gavin Andresen, has given rise to another theory as to why he abruptly left. He wrote:

I wish you wouldn’t keep talking about me as a mysterious shadowy figure, the press just turns that into a pirate currency angle. Maybe instead make it about the open source project and give more credit to your dev contributors; it helps motivate them.

When Gavin replied, he informed Satoshi that he had been invited to speak at an event hosted by an organization under the CIA. Satoshi never replied. Did the mention of spooks spook Satoshi?

Theory 4: It Was Personal

We know nothing about Satoshi Nakamoto’s personal life. It is quite possible that his exodus was triggered by events that he could never have publicly communicated. Failing health, injury or new responsibilities (family, professional, personal) could have forced Satoshi’s hand, compelling him to bow out earlier than anticipated. If that were the case, we’d have no way of knowing. To this day, there are many who believe Satoshi is no longer with us because he is no longer alive. Theory 5: It Was Symbolic

Satoshi Nakamoto and the birth of Bitcoin is a saga shrouded in symbology that reads like a Dan Brown novel for cypherpunks. From the name assigned to the genesis block to the sudden disappearance of its creator, it’s hard to avoid the religious undertones. Aside from its name, there is the oddity of the genesis block taking six days to mine. As speculated in an old Bitcointalk forum thread, this may have been an easter egg left by Satoshi in homage to the biblical account of creation. As Genesis 2:2 recounts: “And on the seventh day God ended his work which he had made; and he rested.”

For those interested in ascribing symbology to Satoshi’s actions, there’s more. Christ’s ministry on earth is believed to have lasted for around three years. Satoshi’s first known contact with the world occurred on August 22, 2008, in an email to b-money creator Wei Dai, though he is believed to have reached out to Adam Back before that. Satoshi’s final verified email was to Gavin Andresen on April 26, 2011, meaning that his ministry also lasted for around three years.

The fact that Satoshi’s teachings have been subject to extensive interpretation and misinterpretation in the years since, while his disciples await the second coming of Bitcoin’s creator, has further solidified the parallels with Christ. Satoshi wasn’t perfect – his code tells us that much – and common sense tells us that putting fallible men on pedestals is the antithesis of everything Bitcoin stands for. It is possible to be opposed to leadership cults, however, while also assigning messianic qualities to the life and times of Satoshi Nakamoto.

There is evidence, incidentally, that Satoshi was tiring of the cult that was beginning to form around him; the PC World article on Wikileaks he took exception to claimed that “Bitcoin is the creation of Japanese programmer Satoshi Nakamoto,” while in his final email to Gavin Andresen he complained “I wish you wouldn’t keep talking about me as a mysterious shadowy figure … Maybe instead make it about the open source project and give more credit to your dev contributors.” Satoshi had no interest in becoming a living legend and overshadowing his magnum opus.

According to the gospel of Luke, Jesus’ last recorded words were “Father, forgive them, for they do not know what they are doing.” Satoshi, on the other hand, checked out of this world in the belief that those around him knew exactly what they were doing. As he was to remark in one of his final emails, sent to Mike Hearn on April 23, 2011, “I’ve moved on to other things. It’s in good hands with Gavin and everyone.”

Satoshi had nursed Bitcoin through its formative years, and now it was capable of surviving without him solo mining, solo-fixing critical bugs and pushing out new Core releases. Perhaps Satoshi left because he had done all he had to do. Staying around would only tarnish his legacy and heighten the risk of him being doxxed as the world began to take a keen interest in his creation.

If so, the timing of Satoshi’s exit was to prove as impeccable as his arrival in the aftermath of the 2008 financial crisis. Despite internecine conflict, chain splits, and factions, Bitcoin hasn’t just survived – it’s thrived, morphing into an unstoppable organism that cannot be controlled by any one man.

Why do you think Satoshi Nakamoto left Bitcoin in 2011? Let us know in the comments section below.