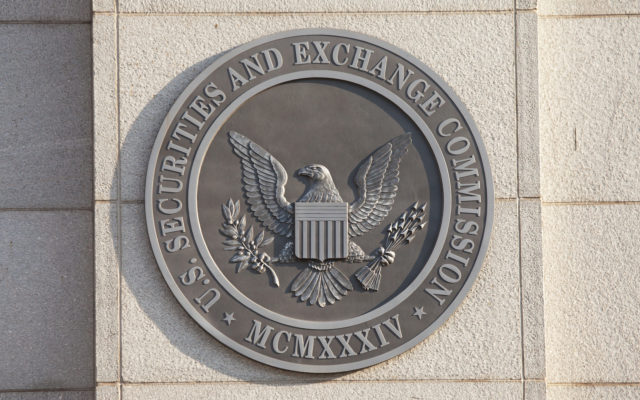 After filing a motion for sanctions against Blockvest and its founder Reginald Buddy Ringgold III, the U.S SEC is now hoping to close the case for good.

US securities regulator builds up a case against Blockvest
The US SEC continues its efforts to crack down on numerous crypto scams that took place in the last few years. One of the most recent examples is a case against Blockvest and its founder, Reginald Buddy Ringgold III.
Earlier in January 2020, the regulator filed a motion for sanctions against the project and its founder. The United States Securities and Exchange Commission (SEC) claims that Ringgold used his company to deceive investors and the court alike, which should earn him a permanent injunction. The regulator also argues in favor of imposing disgorgement and civil penalties.
In the motion for sanctions, the regulator also produced evidence against Ringgold, proving that he knowingly submitted false and/or forged declarations in order to make his defense more watertight. In addition, the SEC reports that Ringgold attempted to persuade two pre-ICO investors to submit fake statements regarding their expectations of receiving profits from Blockvest tokens.
Expectation of profit is one of the Howey Test’s key criteria, and is the SEC’s sole benchmark for determining whether a token sale is an unregistered security offering or not.
On top of all of this, Ringgold allegedly attempted to convince another affiliate to lie to the regulator directly, regarding a $147,000 payment which is supposedly dedicated to the firm’s own development.
The regulator’s statement reads that,
Based on the evidence … there can be no genuine issue of material fact that defendants violated the federal securities laws through their fraudulent unregistered offer and sale of ‘BLV’ tokens.
The project deceived investors through false advertising
As Bitcoinist reported, the initial enforcement action from October 2018 stated that Blockvest had managed to raise over $2.5 million in its pre-ICO sale. It was also discovered that Blockvest had advertised to investors that its token sale was registered with the SEC, which was completely false.
Not only that, but Blockvest also deceived its investors through claims that it was under the eyes of the US CTFC and the NFA. The project also claimed that it was audited by Deloitte & Touche, which also turned out to be false.
The SEC claims that none of the companies which were listed as Blockvest’s partners had any connection to the fraudulent firm.
After hearing the accusations, Ringgold admitted that he and the company had made mistakes, however, he also claimed that none of the misrepresentations involved securities. According to him, all of the money gathered during the pre-ICO sale came from test investors, who did not expect to make profits by purchasing his BLV tokens.
The SEC continues its years-long crackdown
It’s been widely reported that the SEC has been clamping down on fraudulent ICOs for a while now. One of the biggest cases currently involves the lawsuit against Telegram, which involves a $1.7 billion unregistered token sale.
The regulator also recently charged a $600,000 project called Opporty for a fraudulent security offering less than a week ago, among many others who have attempted to scam unsuspecting investors during the crypto boom.
What are your thoughts regarding the SEC’s efforts against ICOs? Join the discussion and let us know what you think in the comments below.