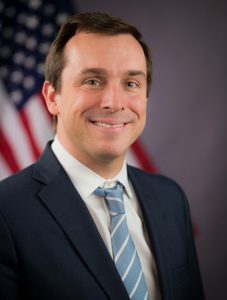 SEC Commissioner, Robert Jackson says that the commission’s number one priority is consumer protection for crypto investors. He made this known in a CNBC interview on April 30. Commissioner Jackson also aired his views on the crypto market, saying it is “full of troubling developments.”

The SEC Commissioner believes that people find it difficult separating viable investments from fraudulent ones in the crypto space.

He also spoke about ICOs, the preferred fundraising vehicle for crypto enterprises, saying that:

I haven’t seen one of these yet that’s not a security. One of the things about ICOs that are interesting is if you want to know what our markets would look like with no securities regulation, the answer is the ICO market. We are focused on protecting investors who are getting hurt in this market. Down the road we will be thinking about, we should be thinking about ways to make those investments work consistent[ly] with those security laws.

Responding to a question over these comments, he said that they didn’t suggest SEC regulations or a blanket ban. Jackson agrees with SEC Chairman, Jay Clayton and his assertion that all ICO tokens are securities. The Commission has ramped up its efforts in recent times to crack down on fraudulent ICOs.

No Consensus on What Cryptos are

Uncertainty remains a ubiquitous part of the cryptocurrency market. The lack of any consensus as to what cryptocurrencies are makes it especially difficult to regulate the market. Recent, major Silicon Valley VC firms lead by Andreessen Horowitz have begun vigorous lobbying efforts in Washington to prevent cryptos being classified as securities. This fight is mainly due to the SEC’s position that all cryptos are securities. Some crypto and blockchain startups argue that their ICO tokens are utility tokens. This characterization means that the coins are used to gain access to a decentralized network. The argument put forward by the SEC is that these coins are traded on secondary markets. As a result, they behave like all other securities regulated by the Commission.

Recently, Ripple executives had to put out a statement refuting the claim that their crypto is a tokenized security. Gemini and Coinbase, two major cryptocurrency exchange platforms declined to include Ripple on their platform. This decision was reportedly based on fears that the SEC may classify Ripple as a tokenized security.

Do you think all cryptos are securities? How would you classify various cryptocurrencies; currency, commodity, utility, or tokenized security? Please share your views in the comment section below.