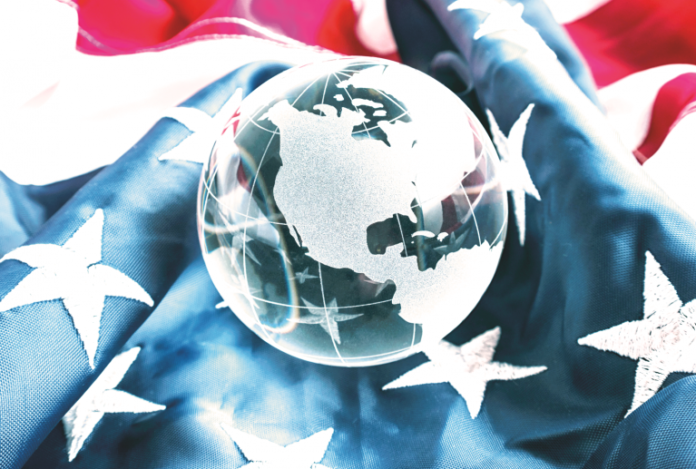 The U.S. Securities and Exchange Commission (SEC) could learn from other countries when finalizing its own crypto regulation, Commissioner Hester Peirce explains. While highlighting peculiar and notable features of the U.S. system, the commissioner emphasizes cross-border considerations, detailing applicable crypto frameworks of several countries.

SEC Commissioner Hester Peirce explained last week her agency’s approach to regulating crypto assets and how the U.S. could draw from other countries’ regulatory frameworks in setting its own policies. Her speech was given in Singapore at the “SUSS Convergence Forum: Inclusive Blockchain, Finance, and Emerging Technologies,” hosted by Singapore University of Social Sciences (SUSS).

Among the topics she discussed was cross-border crypto regulation. Peirce, known in the crypto community as Crypto Mom, suggested that “The U.S. SEC can look to our counterparts overseas for ideas in untangling some of our most difficult legal and policy questions in this area.”

“Because so much of the activity is taking place outside the United States, we have to think about our regulation with a sensitivity for cross-border considerations, cooperation, and what I call co-learning.” Peirce elaborated:

Crypto regulation affords international regulators the opportunity to learn from one another … The resulting regulatory competition will allow us to see what works well and what does not work at all.

Crypto Mom anticipates several obstacles. Since “countries all over the world are still in the early stages of determining how and whether to regulate crypto,” she foresees uncertainties regarding the various rules in those countries. The commissioner further claims that it is difficult to pin down the domicile of an enterprise in the niche due to the global nature of cryptocurrency, adding that determining the “the precise nature — currency, commodity, security, derivative — of many of the assets at issue” may also be challenging.

The first country Peirce mentioned the U.S. could learn from was Bermuda, noting that it is one of the only jurisdictions to address crypto custody in depth. Not only does the island have a regulatory regime for crypto businesses, but it has also released draft guidance for crypto custodial services. “It addresses such difficulties as how to store private keys for hot and cold storage while preserving necessary liquidity, what safeguards should be in place to prevent unauthorized access, and how to frame internal audit of transactions to ensure their integrity,” the commissioner described. “I look forward, for example, to learning more about Bermuda’s custody framework to see if we can draw from it as we think about how our custody rules apply in the crypto context,” she opined, stating:

These ‘laboratories of regulation’ operated by our international counterparts have me thinking about possible paths for the U.S. to become more welcoming of crypto innovation.

Singapore has been at the forefront of much crypto-related activity, which may be attributable to the clarity it has offered to issuers in this market, Commissioner Peirce remarked, noting:

Motivated in part by the approach taken by Singapore, which does not treat every token offering as a securities offering, I would support the creation of a non-exclusive safe harbor for the offer and sale of certain tokens. Peirce has previously suggested that the U.S. SEC should take a safe harbor approach to crypto assets. “A token offering made in reliance on the safe harbor would have to comply with certain requirements — for example, providing clear disclosure of the assets’ functionality, including the mechanisms for changing holders’ rights and explaining how funds are to be used — before the issuer could use the safe harbor,” she clarified. “The relief could be time-limited to guard against reliance on the safe harbor by projects without a workable plan to build operational networks.” Crypto Mom detailed:

The requirements would be tailored to the needs of purchasers [of] digital assets in a way that our current regulations are not. Trading to get tokens in and out of the hands of developers and users would be permitted.

Commissioner Peirce also talked about Hong Kong’s crypto regulatory framework. Its Securities and Futures Commission (SFC) has released guidance stating that security tokens are “likely to be ‘securities,’” which Peirce said is similar to the approach the SEC has taken in the U.S.

Hong Kong, however, also requires funds with crypto assets exceeding 10% of aggregate assets to be licensed by the SFC, and has issued a circular which places crypto trading platforms within a regulatory sandbox, Peirce noted. According to the Financial Stability Board’s directory of crypto asset regulators, the SFC and Hong Kong Monetary Authority supervise crypto activities in the country. The former regulates crypto assets that fall within the definition of securities, while the latter covers crypto assets in investment products and wealth management services.

In addition to the aforementioned countries, Peirce mentioned five others in her speech — Japan, Thailand, Malta, Switzerland, and France.

Japan is significantly ahead of other countries when it comes to crypto regulation, having legalized cryptocurrency as a means of payment in April 2017. Crypto exchanges are required to register with the country’s Financial Services Agency. So far, 19 have been approved but over 110 operators have expressed interest in entering the space. The country recently “passed legislation to bring securities offerings of digital assets within its existing legal framework for securities offerings,” Peirce added.

Another Southeast Asian country Peirce mentioned was Thailand, which has adopted a unique framework for regulating crypto assets, classifying them as either cryptocurrency or digital tokens. Crypto exchanges, brokers, dealers, and initial coin offering (ICO) portals must be licensed and comply with regulatory requirements. So far, five crypto exchanges and three ICO portals have been licensed. Regardless of the kind of regulation the SEC decides on, Peirce believes that “Continued communication among the world’s financial regulators will be important,” reiterating:

We also can continue to learn from one another to fill the gaps in our own regulation and borrow, when appropriate, from frameworks developed and tested in other places.

Notable Features of US Regulatory Approach

The commissioner proceeded to point out some notable features of the approach the U.S. is taking to regulate crypto assets. Emphasizing that the SEC regulates only securities, with other regulators responsible for other areas such as commodities and currencies, the commissioner commented:

One of the peculiarities of the U.S. system is the sheer number of regulators. Not only do we have the state-federal allocation of responsibility that I just mentioned, but we have multiple federal financial regulators.

She added, “Another notable feature of U.S. law is that the definition of what constitutes a security is a bit nebulous,” admitting that “Unlike many other countries, we do not have an exclusive list of what counts as a ‘security.’”

To determine whether something is a security in the U.S., the Howey test is used. “Under Howey, something — including something that is a digital asset — is a security if it involves an investment in a common enterprise with an expectation of profits derived solely through the efforts of others,” the commissioner conveyed. To understand and regulate crypto assets, the SEC has established a strategic hub called Finhub for fintech and innovation to coordinate the commission’s approach to digital assets. Its staff hosted a fintech forum in May and has “met with hundreds of market participants to hear what they are working on and where they need regulatory clarity,” Peirce said.

Moreover, the commission has issued a couple of guidance notes. One was in April which outlines a framework for determining whether a digital asset may be a security. The other, jointly issued with FINRA last month, addresses issues such as how digital asset securities can be custodied and how broker-dealers holding them can comply with other regulatory requirements.

Peirce emphasized that she “would like to see more focused momentum” at the SEC towards finalizing crypto regulation so that the U.S. will not fall behind other countries in attracting crypto businesses, concluding:

While I believe a single global regulatory framework would be unwise, regulators can create a healthy environment for this new market to grow by sharing information that will smooth cross-border transactions.

Do you think the US should adopt some of the crypto frameworks from other countries? Let us know in the comments section below.

Images courtesy of Shutterstock and the SEC.

The post SEC Commissioner: US Could Draw Crypto Policy From These Countries appeared first on Bitcoin News.

If the prospect of greater privacy and financial sovereignty doesn’t lure the masses to crypto networks, perhaps the ability to...