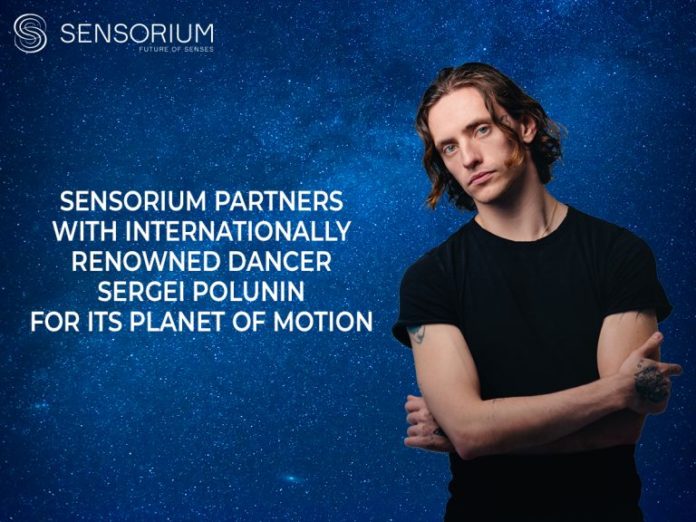 24 April 2020, Los Angeles: Sensorium Galaxy, the leading global virtual reality media platform has struck up a partnership with the Sergei Polunin Charity Foundation for the galaxy’s new Planet of Motion. The Sergei Polunin Charity Foundation for the Support and Development of Arts is headed by the world-renowned ballet dancer Sergei Polunin and his unique and world-beating talents are being virtually incorporated, for users to emulate, in the landmark 3D social virtual reality world that is the Sensorium Galaxy.

The Planet of Motion is one of five planets orbiting the Sensorium Galaxy’s Entertainment Star in which users can enjoy beauty and artistry of different dance styles including modern, improvised, ballroom, jazz, breakdance, ballet and more.

Polunin is a world star and something of a legend in his own lifetime; he conquered not only world ballet but also made a mark in the film, fashion and advertising industries. Polunin is also known for his collaborations with famed American photographer and music director David LaChapelle. His meteoric rise to fame was also captured in a 2016 documentary ‘Dancer’.

Speaking of his partnership with Sensorium, Polunin said: “The Sensorium Galaxy Planet of Motion is the future. We are memorizing dance because dance will exist in a virtual world forever. The Planet of Motion is a game changer and I’m happy to be involved in this collaboration.”

Brian Kean, Chief Communication Officer Sensorium Corporation, added: “It’s exciting to have Sergei Polunin on board the Planet of Motion. He is a widely recognized international talent. Within his professional activities, he also brings together dancers, contemporary artists, musicians and choreographers from different creative backgrounds which dovetails perfectly with what we are creating with Sensorium Galaxy.”

The Planet of Motion Sensorium has developed a ground-breaking concept featuring compellingly beautiful virtual scenery in which world dance stars create a new kind of 3D social art, synthesized from the abilities of the human body and enhanced by the ground breaking features of the new technology.

Brian Kean, Chief Communication Officer Sensorium Corporation, added: “There are no limits on the Planet of Motion. Gravity exists in the physical world but not in our 3D social virtual reality world. Dance is one of the oldest forms of self-expression and Sensorium Galaxy gives participants the opportunity not only to contemplate and explore the beauty of body language but also to learn from the world’s masters of dance.

About Sensorium Corporation
Sensorium Corporation is a technology company that creates digital simulations of real-world venues and virtual worlds in cooperation with its content partners – globally recognized concert venues, clubs and festivals. Investment in the project to date is approximately $70 million, and it has come from a group of EU companies in both the gaming and entertainment industries.
For more information, visit sensoriumxr.com

About the Polunin Foundation
The Charity Foundation for the Support and Development of Arts of Sergei Polunin was created in July 2019 at the initiative of Sergei Polunin. The three main goals of the Fund are the search and development of young talents around the world; support of professional dancers, choreographers, composers and other participants in dance projects; the development of ballet as an art and spectacle, the creation of performances at the intersection of different types of arts and technologies.

One of the most hyped aspects of Ethereum’s ecosystem, decentralized finance (DeFi), has been under the microscope over the past...