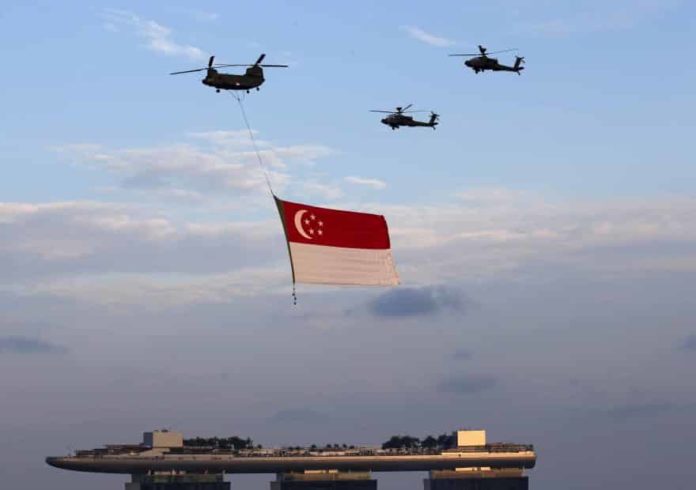 The Monetary Authority of Singapore, the country’s financial watchdog and central bank, has signalled that it will help cryptocurrency companies overcome their difficulties with local banks, but will not be actively trying to attract blockchain companies.

So said Ravi Menon, Managing Director of the MAS, in an interview with Bloomberg.

In September 2017, ten cryptocurrency companies complained to the country’s Cryptocurrency and Blockchain Industry Association (known as ACCESS) that their accounts had been closed by local banks.

At the time, chairman Anson Zeall told Bloomberg that the victims had not received an explanation, and urged the authorities to take action to find a resolution. The names of the banks were not mentioned. The MAS said in response that it “remains committed to developing Singapore as a reputable financial centre and fintech hub.”

However, it also said that it would not interfere with the commercial decisions taken by banks.

“I hope we can bring minds together on this so that we can get over this hurdle.”

Since then, the MAS has changed its tune somewhat, proclaiming blockchain technology to be “fundamental”, according to the South China Morning Post.

However, it does not consider cryptocurrency to be legal tender. Menon explained that in his opinion, the latter part of the word ‘cryptocurrency’ is misleading because it does not adequately act as a currency. “We prefer to call them digital tokens, which is technically a more accurate phrase,” he said.

Singapore allows businesses to operate within its borders as long as they comply with financial law. It is a popular place for blockchain companies because it is a developed country, with low tax rates, in a strategic location.

Said Menon: “If they [tokens] are not a security, then we don’t have a problem with it. We’ve seen quite a lot of ICO activity that is not security related. And there’s a lot of interesting business models out there trying to raise capital in interesting ways, which as far as the consumers are aware of what these are, we have no issues.”

At the same time, the authorities are not particularly interested in actively attracting blockchain companies. “We should not be trying to create an extremely lax regulatory environment in order to attract that kind of business. What we are trying to do is to bring the banks and cryptocurrency fintech startups together to see if there is some understanding they can reach,” said Menon.

Regarding the clash of blockchain companies and banks, he said: “I hope we can bring minds together on this so that we can get over this hurdle.”

It seems that in today’s world, there are three kinds of bank – those that treat cryptocurrency like some kind of illegal substance, those that have adopted it with enthusiasm, and those that allow it for themselves but not their customers.

Examples of the first group include HSBC and Barclays, which recently closed the business accounts of a UK business owner because he made a Bitcoin transaction with his private account, and all the banks in Chile, which earlier this year decided to completely block all local cryptocurrency businesses from using their services.

Examples of the latter include the National Commercial Bank of Saudi Arabia, which recently committed to using a Ripple system, and JPMorgan, which filed a patent for its own blockchain system, to which institutions like Société Générale and Santander have signed up.

Examples of the third group include Barclays, which accepted American cryptocurrency exchange Coinbase as a customer five months before the aforementioned incident, and Bank of Montreal, which blocks cryptocurrency transactions but provides services to a cryptocurrency-handling brokerage owned by the owner of the Toronto Stock Exchange.

On  several occasions, national authorities have come to the rescue of cryptocurrency companies. For example, in February 2018 the Israeli Supreme Court ordered Bank Leumi to re-open the account of a local cryptocurrency exchange, and a Chilean court made a similar move in July.

In Singapore, the MAS is trying to find a balance between being an attractive location to companies, and protecting the public. “The nature of this business is a bit different, so banks may need to employ other ways in which they can establish bona fide,” said Menon.