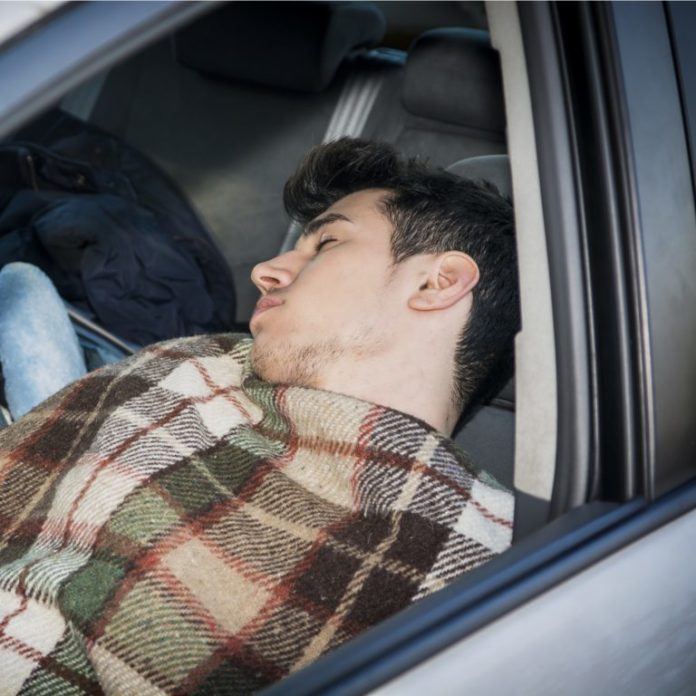 If you had one opportunity to seize everything you ever wanted, would you capture it or just let it slip? So convinced is one man that cryptocurrency is the future, he’s given up his apartment and is living in his car while putting every spare cent towards his crypto portfolio.

Last year, as bitcoin mania escalated, stories began to surface of men mortgaging their homes and going all in on crypto. But it’s not just homeowners that have given up everything in the pursuit of crypto glory: one man has forsaken his apartment in favor of living out of his car. It’s a life choice that even the most ardent of bitcoin maximalists would deem excessive, but then crypto has a tendency to attract extremists possessed with a fervent zeal. The Canadian man, posting under the handle “Livinginmycar”, shared his sleeping arrangements on 4chan’s biz message board, where crypto traders assemble to shitpost and share portfolios. Some commenters were supportive of his cause, while others were less sympathetic, one writing: “How fucking retarded are you brainlet, when you think that crypto will make you rich?…Money was made and you missed the train. Good luck waking up with 30 and being broke.” OP (i.e the original poster who started the thread) remains undaunted however, explaining how he balks at paying $800 per month in rent because “that money belongs in my crypto stack”.

Living in a Garage, Working in a Warehouse The man explains that he parks his car in his friend’s garage to sleep, for which he pays $40 CAD per month. Despite the cramped conditions, he hasn’t forgone all home comforts, finding space to squeeze in a memory foam mattress and comfy quilts. He’s also able to shower at a friend’s house and store some items there. As for his crypto portfolio, the unnamed Canadian is currently pinning his hopes on Collosusxt, Fundrequest, Policypal, and Dero.

During the day, the man works as a forklift driver in a warehouse and in the evenings he delivers food. His own meals come in the form of takeaway, but he claims to try and eat healthily. Some biz posters who had cheered the guy in the original thread, in which he first proposed his car living scheme, have since withdrawn their support after seeing the coins he’s coveting. OP’s portfolio reportedly stands at $6,000 CAD, but he professes to be adding an additional $2,500 per month.

While commenters were divided on whether OP will make it in his quest to become crypto rich, it was widely agreed that he’ll have a memorable tale to tell years from now. As high risk strategies go, giving up your apartment and going all in on altcoins is about as perilous as it gets. Win or lose, OP will be able to look back and know that he gave it his all in his one shot for glory.

Would you live in your car in exchange for crypto riches? Let us know in the comments section below.

Images courtesy of Shutterstock, and 4chan.

The post Sleeping in His Car and Working Two Jobs: Man Goes All In on Crypto appeared first on Bitcoin News.