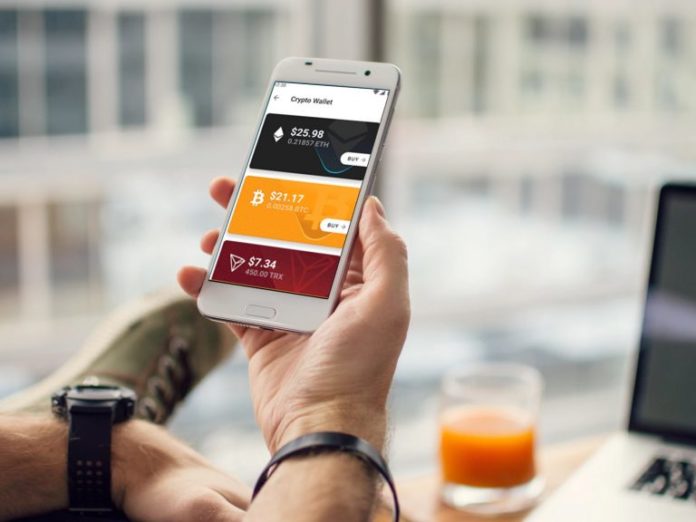 The love-in between smartphone developers and cryptocurrency users is smoldering. What started out as a flirtation by HTC and Samsung has blossomed into a full-blown affair, incorporating hardware and software support from a string of companies. Today, Opera ramped up its cryptocurrency support, integrating Bitcoin Core and Tron into its mobile browser wallet.

Cryptocurrency users awoke this morning to the news of another smartphone integration. Opera’s Android wallet now supports BTC and TRX, in addition to ETH, with the promise of iOS to come. As the developer explained, “All of Opera’s features, like the free unlimited VPN, the built-in ad blocker and Crypto Wallet, follow the same line of thinking – you should be able to access them as fast as possible … You can now choose to add a Bitcoin card to your wallet, making it possible to send and receive money from the web.” With 350 million users, the browser’s support for Bitcoin and Tron is significant. In the case of the former, it provides censorship-resist money directly within the web browser, enabling BTC to be spent on third party websites that accept the cryptocurrency. Tron integration, meanwhile, will prove a boon for decentralized applications, supplying smartphone users with access to a panoply of apps that exist beyond the purview of the Apple or Google Play stores. Opera has been supporting crypto for some time, having incorporated Ethereum into Android browsers last year, and Apple iOS this spring. It was the first major browser to integrate a crypto wallet, enabling crypto payments to be securely made on sites directly within the mobile browser.

The Convergence of Crypto and Mobile

Mainstream crypto awareness and ultimately adoption appear a realistic prospect at this rate. Whereas in the past major tech companies merely flirted with blockchain, recent developments suggest a full-blown love affair in the making, with the end result likely to be a wider appreciation of cryptocurrency among smartphone users.

Facebook’s much-vaunted crypto payments system Libra could help in this respect. Although it’s a centralized protocol, it opens the possibility of a few billion monthly users exploring the topic more broadly, which can only be a good thing. Libra launches in 2020, so expect the hype train to keep rolling until then.

Zuckerberg’s big beast is not alone. Last month, popular Japanese messaging app Line launched Bitmax, an app-connected cryptocurrency exchange boasting five assets: BTC, BCH, ETH, LTC and XRP. Staying in Asia, Taiwanese electronics firm HTC has unveiled its new Exodus 1s handset equipped with a built-in hardware wallet to hold crypto. Unlike its predecessor Exodus 1, the 1s runs a full Bitcoin node – the first smartphone to do so. This means that users can contribute more fully to the security of the ecosystem and verify their own transactions.

The Exodus 1s is a device tailored for crypto devotees rather than neophytes, and barriers to entry are lowered from a cost perspective also: it’s just $250, a major reduction on the Exodus’ $700 outlay. Paradoxically, some geographical barriers remain: the device is only available in Europe, Taiwan, Saudi Arabia and the United Arab Emirates (UAE), with more locations to be announced in future.

The convergence of bitcoin and smartphone wallets certainly makes it easier for individuals to spend their chosen cryptocurrency and interact with decentralized applications (dapps) on the go. Just last month, HTC announced that its original Exodus 1 handset would start supporting Bitcoin Cash (BCH) through its partnership with Bitcoin.com, in a collaboration that has seen the Bitcoin.com Wallet preloaded on the handset.

Of course, HTC is not the only mobile platform which is touting crypto-centric handsets. Samsung has been blazing the trail for a while, and its Galaxy S10 now supports 18 dapps and over 30 cryptocurrencies including BTC, ETH and HT. Millions will soon be able to use bitcoin with apps via the Blockchain Wallet Samsung has started including on its flagship handsets this year.

Can we expect more mobile giants to enter the crowded cryptosphere? Absolutely. In fact, they’re already mobilizing: Apple released a cryptographic software called CryptoKit for iOS 13 in June, and LG have hinted at their own crypto wallet by trademarking “ThinQ Wallet.”

These tech companies aren’t operating in silos, either: several have come together to create a government-backed blockchain network that will allow citizens to ditch hard copies of important documents in favor of a blockchain-powered mobile solution. As well as LG and Samsung, the consortium includes financial IT company Koscom and South Korea’s Shinhan Bank.

The days of spending cryptocurrency solely on desktop, or locking it away in hardware wallets, destined never to be spent, are over. There’s no obligation to spend crypto of course – it’s yours to use or store as you see fit. At least now, thanks to the efforts of smartphone developers, you have the option to deploy your digital assets on the web and on the go.

Do you think smartphone integration of cryptocurrency will lead to broader adoption? Let us know in the comments section below.

Crypto projects are too far-fetched in business sense and venture capital is “ice cold” about investing in the sector, said...