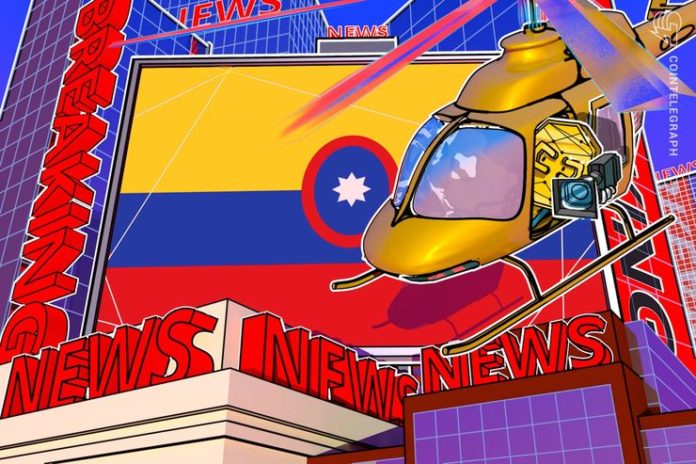 Digital currency exchange Buda.com — which boasts around 35,000 accounts in Colombia — ceased its operations on June 20 after the country’s banks decided to close all the exchange’s accounts “for the lack of guarantees.”

The move was reportedly spontaneous; banks confirmed they closed the accounts without providing further explanation. The exchange subsequently experienced technical difficulties, while a letter from a Colombian financial control officer reminded banks that they are not authorized to interact with crypto platforms.

Now, Buda.com along with its users and the country’s cryptocurrency association have petitioned President Duque to help reopen the trading platform, saying:

“In accordance with the latest pronouncements of the president about promoting new technologies in the country, creating spaces and benefits for technologies such as blockchain and cryptocurrencies, have led the company of Chilean origin to return to insist on reopening its operations in Colombia, asking the president to intercede on his behalf.”

In the letter, Alejandro Beltrán, Country Manager for Colombia at Buda.com, reportedly asserts that the exchange only asks to receive access to basic banking services to start operations, emphasizing that the company contributes to the education of new technologies, and can help Colombia develop a healthy and safe crypto industry.

President Duque has previously demonstrated an open approach to cryptocurrency and blockchain startups, having promised to cut rent taxes for crypto businesses. Duque reportedly said that the deployment of advanced technologies might help the state tackle corruption, as well as improve such areas as security, justice and medicine. He proposed to leverage blockchain and AI to track public funds and detect abnormalities.

In April, Chile’s anti-monopoly court published a ruling, ordering two banks to reopen Buda’s accounts after the exchange had filed lawsuits against ten banks, including the aforementioned two.