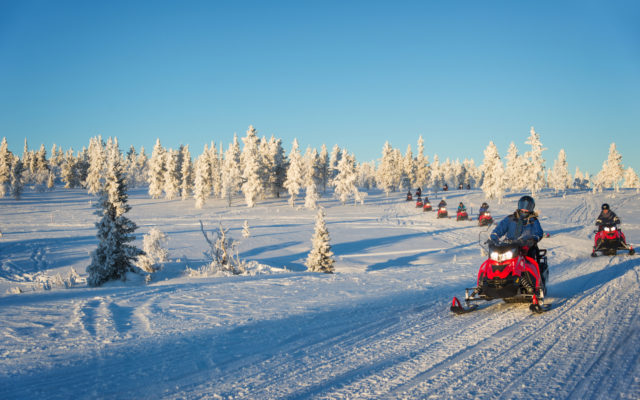 Data center managers in Sweden are expecting a deluge of inquiries from cryptocurrency mining operations in Norway. The Norwegian authorities this week revoked energy tax subsidies for the sector, throwing the future of many companies into doubt.

‘The Dirtiest Form of Cryptographic Output’

Up until this week, mining firms in Norway qualified for the same electricity tax discount as other heavy users. Businesses with a capacity of over half a megawatt, pay only 0.48 Norwegian Krone (5.6 cents) per kilowatt-hour. With that subsidy now rescinded, miners will pay the standard rate of 16.58 Krone, or nearly $2 per kilowatt-hour.

The change comes into effect from January 2019, and such a dramatic price rise will devastate the industry in Norway. Many firms invested in the country for its cool climate and cheap hydro-electric power. They are now disappointed that this move was not put to the industry for prior consultation.

Parliamentary representative, Lars Haltbrekken, explained the motivation for the move:

Norway cannot continue to provide huge tax incentives for the dirtiest form of cryptographic output like bitcoin. It requires a lot of energy and generates large greenhouse gas emissions globally.

Norway’s Loss a Gain for Sweden?

Of course, this has left data center managers in Sweden rubbing their hands with glee, as Norway’s Scandinavian neighbor becomes the obvious alternative. Sweden charges a similar 0.5 Swedish Krona per kWh for users over 0.5 MW, and also offers reduced electricity rates for smaller users up to 0.1 MW.

When asked if he would be contacting the companies who are losing out due to the Norwegian changes, Boden Business Agency director, Erik Svensson said:

I think the companies in Norway are contacting us, they know where we are.

One major player who has already put its planned Norwegian projects on ice is Bitmain. However, it has confirmed that Sweden is an attractive alternative. Bitmain’s head in Norway, Julie Hvideberg, said:

Still, before everyone starts envisaging Sweden as some kind of promised land of milk and honey, take note. Things can also go awry for crypto-entrepreneurs there, as reported by Bitcoinist earlier this month.

Will Bitcoin miners move to Sweden where electricity is cheaper? Share your thoughts below!