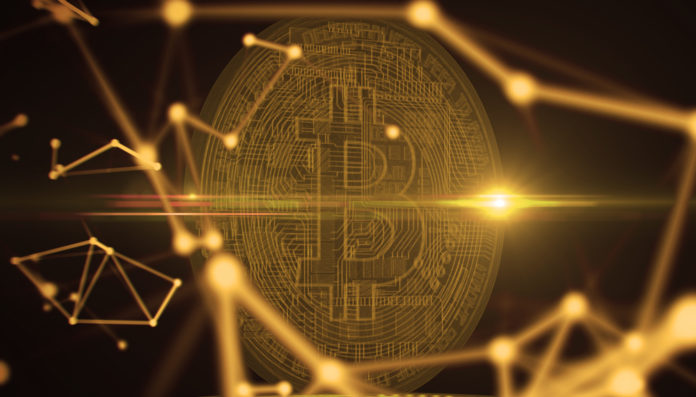 Ten years ago, a certain “Satoshi Nakamoto” published a concept for a currency system called Bitcoin, which became an economic phenomenon.

In the beginning, the Bitcoin first provided an exciting answer to the question: How can one ensure that units of digital money are issued only once and not copied as often as desired? The classic solution would be to have central authorities book over the payments. On October 31, 2008, a person named Satoshi Nakamoto published a whitepaper on a mailing list for crypto-interested parties, coping with this problem in a different way: without centralized authorities.

The revolution will not be centralized

For this, the system called “Bitcoin” combines cryptography, P2P networks and elements of game theory in a previously unseen form. Creation of money, account management, transaction processing – everything that banks and central banks usually do is placed here in the hands of the users. Trust among each other is not necessary, the consensus on the state of payments should be guaranteed algorithmically. A network-wide, cryptographically-linked set of chronological transaction logs called Blockchain is the guarantor. A “hashing” puzzle, called “mining,” distributes the right to create new entries in the blockchain, among all users who provide computing power.

The proposal is not just neutral technology; he is also cast in code politics. Here, the ideology of the cryptoanarchic Cypherpunk movement meets the libertarian worldview that is widespread in Silicon Valley. The new money should know no national boundaries, no state should be able to control its cash flows, no central bank can influence the limited to 21 million units of money at will, because it seems just the rulers opportune. Only the open source code and the mathematics used in it should be trustworthy. Everything else then regulates the free market.

Second months after Nakamoto’s essay, in January 2009, the first block of the Bitcoin blockchain in the Coinbase parameter also conveniently includes a newspaper headline: “The Times 03 / Jan / 2009 Chancellor on brink of second bailout for banks” (Translated: The British Finance Minister is close to a second rescue package for banks.) A small swipe of the new money to the old financial system. This was just after the collapse of the investment bank Lehman Brothers under the burden of lazy real estate loans one of its worst crises.

But until this decentralized monetary system was known beyond insider circles and also spent on real goods, it still took. Legendary is the story of the programmer, who is said to have paid in 2010 for two pizzas delivered with 10,000 Bitcoin, current value around 55 million euros. Gradually there are acceptance points, payment service providers want to facilitate the settlement of traders, initiatives for Bitcoin boulevards in some cities emerge – but ultimately without much echo. Hardly anyone else pays for it apart from technology-savvy people. The promise to be his own bank is probably more intimidating for Otto normal users. The boom in darknet drug marketplaces and ransomware, on the other hand, would have been unthinkable without the unregulated money.

While the revolution at the counters and cart checkouts fails, the party is cheerfully celebrated on the stock exchanges for crypto money. Time and again, the roller coaster rides of the Bitcoin course are making headlines. Initially, the bitcoin price could jump from a few dollars to several dozen – and back. Later, fluctuations of several hundred or even a thousand dollars were made. The last major rally was at the end of last year, a bitcoin was worth nearly $ 20,000 at its peak in December. After that followed a crash and a sustained move to the side between 6000 and 7000 US dollars.

One of the richest Bitcoiner might well be its inventor. Or his inventor? Or the inventors? The identity of Satoshi Nakamoto is still unclear, and all assumptions and claims have remained unproven. For the further development of Bitcoin, this legendary founder figure has not played a role for a long time. Satoshi retired in 2011, always communicating with his comrades only through electronic channels. And his estimate of a million units Bitcoin treasure (currently worth around 5.5 billion euros) has not been moved.

Sitting on the crypto-field also corresponds to a philosophy named after a spelling mistakes meme in the community: Buy and Hodl. Buy and hold. And of course, wait for it to go through the ceiling. In the meantime it is acclaimed that the hated Wall Street is slowly warming up for speculation with crypto money. “Institutional money is coming”, is currently read in some Reddit thread.But so the Bitcoin is a money that hardly anyone spends, and only a few makes rich.

The scalability is also worrying. A currency system for the whole world that can handle only 7 transactions per second? Finally, a dispute over technical solutions in 2017 even led to spin-offs of Bitcoin. Currently, the development work is focused on secondary channels to the network, which are to create faster transactions – so-called Lightning Networks. The inefficiencies of the proof-of-work system behind Bitcoin do not solve them. The hashing performance is galloping and centralized to a few big players. The power requirement for calculating the hash values ​​is now estimated to be that of a small European state.

Perhaps the true power of Bitcoin is more in the successful demonstration of a principle? The Bitcoin concept is copied thousands of times, further thought out, sometimes even worse. A currency becomes a whole crypto-money economy with a colorful bunch of currencies, tokens, payment service providers, Bitcoin machines, exchanges, mining pools, initial coin offerings, decentralized apps and and and. On the one hand there is great idealism, on the other hand customs as in the Wild West Saloon. If you are unfamiliar, avoid the poker tables and take cover behind the piano player.

The financial world looks at it very closely. But she does not want a new currency, but rather a new back-end for herself – with the blockchain technique. Of course with central authorities, participation only after permission and state regulation. So the exact opposite of what the Bitcoin is meant for. Similarly, many other industries, from the music to the automotive industry, are looking to see if they can do something with Blockchain as well. Land registers, copyrights, bills of lading and whatever else is not on the tree at three should go to the block chain. There is no shortage of prototypes and tests everywhere. Clear evidence that the technology in these fields is better than existing systems is still pending. Until then, she mainly fills in buzzword bingo notes.

To conclude a conclusion after ten years is no easy task.

According to the critics, here only the worst of tulip bulb mania, snowball systems and little hat game has been added. A modest proposal for the middle-lying truth: It’s a solution that has not yet found its appropriate problems.