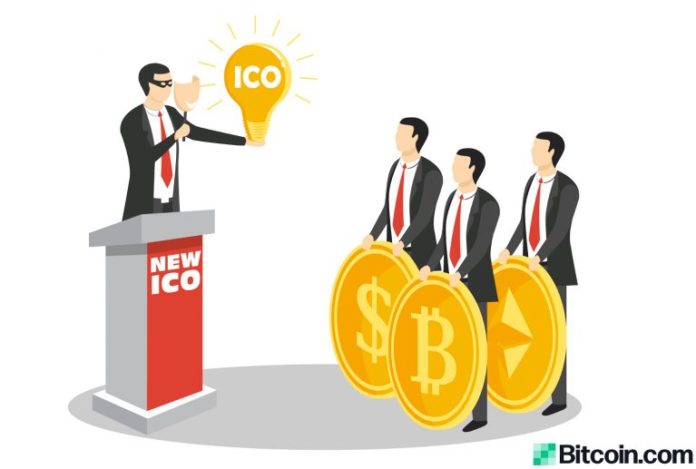 News.Bitcoin.com had a chance to speak with Kyle Roche from the New York-based company Roche Cyrulnik Freedman about the new lawsuits. The litigation firm is involved with a number of cryptocurrency-related lawsuits, including the high-profile Kleiman v. Wright lawsuit and the class-action lawsuit against Bitfinex and Tether. The Kleiman v. Wright case is one of the most sought after court dockets in the state of Florida because it involves a man who claims to be Satoshi Nakamoto. Roche’s law firm is representing the Kleiman estate and the value of the assets the Kleiman’s seek far exceed $5.1 billion (before punitive or treble damages). Roche explained during our conversation that the Kleiman v. Wright case was sensitive and he could not speak much on the matter at this time.

The lawsuit that involves Ifinex, the parent company of Bitfinex and Tether, alleges that the stablecoin and exchange violated Sherman Antitrust Act laws. The Ifinex lawsuit filed by Roche’s law firm seeks a whopping $1.4 trillion before punitive or treble damages. In that class-action lawsuit, Roche and his litigation team represent David Leibowitz, Benjamin Leibowitz, Jason Leibowitz, Aaron Leibowitz, and Pinchas Goldshtein, “on behalf of all others similarly situated.” The Ifinex lawsuit says the companies involved were in violation of the Commodity Exchange Act.

During our interview, Roche touched upon the recent class-action lawsuits filed last Friday and why the plaintiffs decided to take action against the slew of token sale issuers, crypto exchanges, and executives.

Bitcoin.com (BC): Can you give our readers a short summary of the recent class-action lawsuits filed against 11 cryptocurrency businesses and executives?

Kyle Roche (KR): So last Friday, we filed 11 class-action lawsuits in the Southern District New York and there are two categories that these class actions fall into. On one hand, there are four class-actions against the exchanges and the other seven are against token issuers. Both the exchange and the issuer claims allege that the 11 defendants committed U.S. securities violations on a historic scale. It has become clear over time, and it wasn’t clear in the beginning based on representations made by the individuals. There was a lack of regulatory guidance and the whole ‘utility token’ concept where people were going around saying these coins were a utility token and not a security token.

There was a lot of confusion in the space and as time has elapsed we’ve seen that these tokens are securities and they were created through a centralized process. Specifically with the tokens that we have gone after that were created by the ERC20 protocol. The sale of those tokens here in the United States was the sale of unregistered securities.

BC: Do you think that governments and regulators like the U.S. Securities and Exchange Commission (SEC) have clearly defined the rules concerning ICO tokens and unregistered securities?

KR: The SEC brought a civil fine against Block.one and EOS for $24 million for the sale of tokens. That really was part of the standard in the work that we’re building on top of right now. I think that the SEC’s decision came more than two years after Block.one’s $4.1 billion initial coin offering (ICO) through EOS. What that decision shows is that those tokens were created through a centralized process and the tokens issued were securities and that Block.one is liable because they sold those securities here in the United States.

BC: Do you think that the plaintiffs will have jurisdiction issues with all these companies that are based in various locations around the world, some of which with less regulatory oversight?

KR: At the end of the day, the securities laws are meant to protect U.S. investors. These entities and groups, regardless of where they are incorporated they were availing themselves to U.S. markets and U.S. jurisdiction.

The law shows that if you are trying to benefit from the U.S. markets you have to play by the same set of rules.

KR: I try to be humble, but I think our firm first and foremost has excellent litigators. We’re a new firm but we’ve all come from the best shops in New York and have been litigating for a long time. The way we built our brand is by taking cases that other firms think are too risky. Those are exactly the types of cases we want to be involved in because we think those types of cases create new laws and can help set good guidelines.

Specifically, within the cryptocurrency industry, we think it’s a natural fit for us. The other reason my practice focuses heavily on cryptocurrencies stems from my academic background, which is aligned with the cryptocurrency market. I have a lot of knowledge of the market and we represent a lot of companies doing great things in the cryptocurrency space. I’m a big believer in blockchain technology and its potential to disrupt in a positive force. However, people have to play by the same set of rules.

If you look at institutions like Coinbase and Gemini, they seem to be doing everything they can to comply with the regulations here in the U.S. Whereas other companies, some of them operating offshore, are trying to benefit from U.S. markets. These cases are important and I think they will be positive for the crypto industry.

BC: Has your firm been following other unregistered securities lawsuits like the class-action lawsuit against Ripple Labs and XRP tokens?

KR: There are certainly overlaps [with the Ripple case] and I think the decision that came down on that case was February 27. The case is helpful to us, but there are differences because Ripple wasn’t part of the 2017-2019 ICO bubble. Ripple’s been around since 2012 so there are similarities, but there are also some big differences in our cases.

BC: Are people seeking Roche Cyrulnik Freedman’s assistance because of the current cryptocurrency cases the law firm has been involved with?

KR: People have come to us because of our reputation and because of our abilities to explain this technology in court. I also encourage people who were affected by the 2017-2019 ICO trend to reach out to us. We’re interested in learning about others who have lost money from these ICOs, because it will be helpful to us during the litigation process.

With companies in the crypto industry that are actually trying to innovate, we also want to help them navigate the space and help them build disruptive financial products.

What do you think about the interview with Roche Cyrulnik Freedman partner Kyle Roche? Let us know in the comments below.