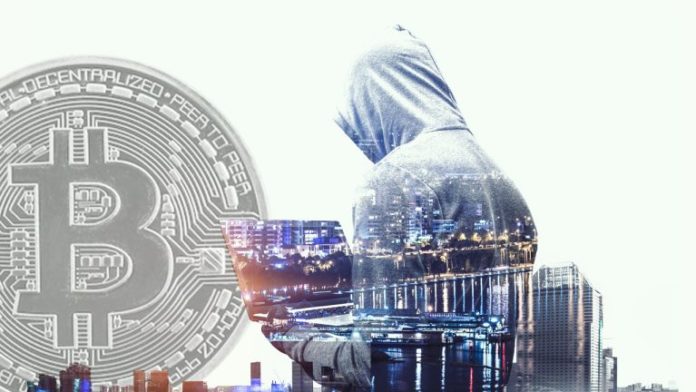 During the last two years, hackers have been trying to crack the seventh-largest bitcoin wallet, an address that holds 69,370 BTC or $712 million using today’s exchange rate. According to the CTO of the cybercrime intelligence firm, Hudson Rock, the wallet is being publicized on hacking forums in order to crack the password.

Wallets with a massive amount of bitcoin (BTC) are listed on bitinfocharts.com in a list called the “Bitcoin Rich List.” During the last ten years, crypto proponents have scrutinized this list in order to figure out the owners or record significant transfers.

According to a report published by Vice, the seventh richest BTC address is a target for hackers, as an ostensible wallet.dat file has been passed around hacker forums for 12 to even 24 months. On Twitter, Alon Gal, the Chief Technology Officer of cybercrime firm Hudson Rock explained the situation.

“Get this,” Gal tweeted. “There is a bitcoin wallet with 69,000 bitcoins that is being passed around between hackers/crackers for the past [two] years for the purpose of cracking the password, no success so far. I have the wallet, Google hook me up with a quantum computer please,” the cybercrime intelligence expert added.

Following Gal’s tweet, he was inundated with a number of direct messages on Twitter asking about the wallet. Gal further wrote:

Unless there is a really good reason for me to give you the wallet, you’re not going to get it sorry 40+ [direct messages].

The file being sold on Satoshidisk.com is selling for 0.08929505 BTC or $1,050 using today’s exchange rate. On Friday, 321 people viewed the Satoshidisk.com listing that allegedly contains the wallet.dat file.

Despite the various attempts to crack the wallet with $712 million worth of BTC, no one has been able to crack it yet. Moreover, Gal explained on Twitter that there is possibly a scheme that allows someone to “forge a wallet,” which means the address might really be empty.

“Someone alerted me that there might be a method to forge wallets, although I don’t know if it is true or if it was applied to this specific wallet,” Gal tweeted. “There is a thriving market for selling uncracked wallets where I know some crackers had undeniable success,” the Hudson Rock CTO wrote.

Of course, many individuals were skeptical of any of the so-called wallet.dat file sales, and the website All Private Keys. Some people assume that all of the sites are basically selling phony keys and wallet.dat files to score BTC.

“How does one know [the marketplace All Private Keys] is not just a scam to get people to send them BTC and in return give them locked empty wallets?” one person asked in Gal’s Twitter thread.

News.Bitcoin.com does not recommend downloading or purchasing wallet.dat files or alleged private keys, as it is highly likely that most of these advertisements are scams. If it’s too good to be true, it probably is.

What do you think about hackers trying to crack this wallet with 690,000 BTC? Let us know what you think of this subject in the comments below.