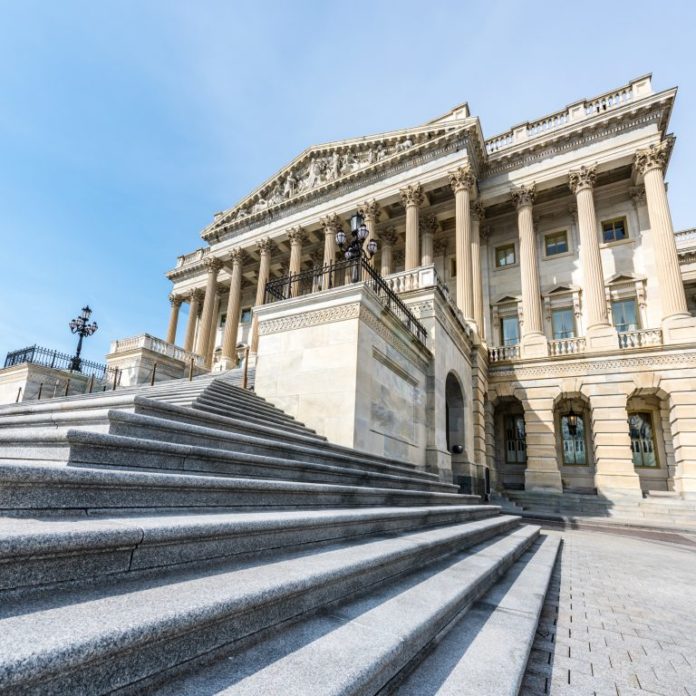 From Washington to Moscow, cryptocurrencies have entered the agenda of those who share a vocation to rule and regulate. Following the congressional summer vacation, the House of Representatives passed a bill that will enable the Treasury to investigate crypto transactions, while a Congressman plans to introduce three drafts supporting the crypto industry. Also in The Daily on Sunday, UK lawmakers push for fintech rules, Russian bankers admit strong demand for crypto services, and the Financial Action Task Force is preparing to present global crypto standards in October. The past two weeks saw a flurry of crypto-related activity in the corridors of power in Washington. A Republican member of the House of Representatives announced his intent to introduce three bills designed to support the crypto industry and the development of distributed ledger technologies in the United States. Congressman Tom Emmer (MN), currently co-chairing the Congressional Blockchain Caucus, says the US should create an environment that enables the American private sector to lead on innovation and growth. Quoted in a press release published on his page, he stated:

Legislators should be embracing emerging technologies and providing a clear regulatory system that allows them to flourish in the United States.

Emmer plans to propose a “Resolution Supporting Digital Currencies and Blockchain Technology” backing the industry and its development in the US, a “Blockchain Regulatory Certainty Act” affirming that entities which never take control of consumer funds, such as miners and multisig providers, don’t need to register as money transmitters, and a “Safe Harbor for Taxpayers with Forked Assets Act” restricting fines against individuals attempting to report these assets until the Internal Revenue Service (IRS) provides guidance on the matter.

Meanwhile, a group of lawmakers has urged the IRS to clarify the rules that apply to the taxation of crypto incomes and profits. In an open letter released this past Wednesday, the House Committee on Ways and Means called upon the Service to stop expanding its authority until an official notice to US taxpayers is issued, pointing out that the current regulations, published four years ago, are unclear and outdated. And last week, the House of Representatives passed a bill aimed at enabling the Financial Crimes Enforcement Network (Fincen) to investigate cryptocurrency transactions. The agency which operates under the Treasury Department is charged with combating money laundering and illicit financial activities. US congressmen are not the only lawmakers worried about the lack of clear regulations in the crypto space. Their colleagues in the United Kingdom recently published a report calling for creating a proper business environment for the fintech sector. They recommend that the country’s Financial Conduct Authority (FCA) be granted authority to regulate initial coin offerings (ICOs). The authors of the document, members of the Treasury Committee, expressed their opinion that the introduction of a comprehensive regulatory framework would lead to positive outcomes for the crypto-asset market in the UK, allowing it to progress to “a more mature business model” and sustainable growth. Leading Russian banks and institutions have expressed readiness to work with digital assets during a round table devoted to the future of financial markets and crypto regulations in the country, local media reported. The meeting which took place in the capital gathered representatives from major players in the financial industry including Sberbank, Alfa-Bank, Moscow Exchange, Addcapital, Althaus Group, Group IB, and the National Settlement Depository. During a closed session, the bankers discussed cryptocurrency regulations adopted in Luxembourg, Singapore and Japan, RBC reported, quoting a source familiar with the conversation. The Russian financiers revealed they were encountering high demand for cryptocurrencies but noted their inability to offer related services due to the lack of legal regulation in the field.

Three bills were introduced and voted on first reading in the lower house of Russia’s parliament this spring. Their final adoption was delayed, with lawmakers struggling to synchronize the legal texts and produce a unified legislation. A revamped draft law “On digital financial assets” will be presented for public discussions in October. It’s been reported that the updated bill does not mention the term ‘cryptocurrency’. Meanwhile, an association of leading Russian enterprises proposed an alternative bill which grants digital currencies special status. And according to some reports, the banking industry intends to make its own proposals. Russian officials have indicated they are also awaiting for the new global standards for cryptocurrencies from the Financial Action Task Force before taking the final decision. FATF, The Financial Action Task Force on Money Laundering (AML), has announced it’s now closer to establishing an international set of rules applicable to cryptocurrencies. Its president, Marshall Billingslea, said recently he expects that the FATF will agree a series of standards that will close the anti-money laundering gaps during its plenary meeting in October, the Financial Times reported. The task force advanced towards reaching a global consensus after a request from the G20 members. Next month the body is expected to discuss which of its existing standards needs to be updated to address digital assets. The methodology used to assess their implementation by different countries will also be revised.