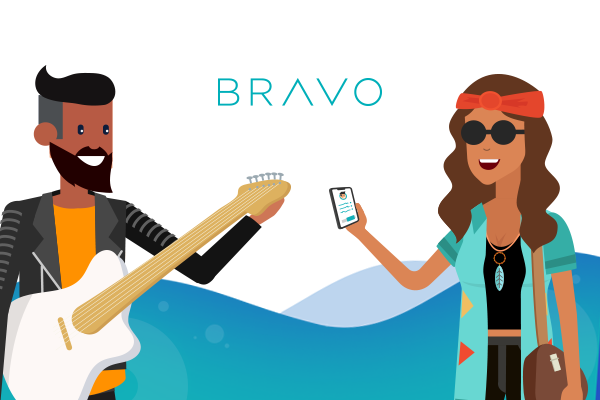 BRAVO was created in 2014 by Maria Luna (MBA) and Dr. Hector Rodriguez when they found themselves in a situation where they needed to pay someone but had no cash on them.

“We were hiking in Southern Utah and had no cash to tip our hiking guide; we then realized there should be a way to digitally pay someone for their services, without the need to exchange personal details or information — just a payment. That’s how BRAVO was born,” said Dr. Rodriguez.

After months of user-centric research and development the app was launched at TechCrunch Disrupt in San Francisco in 2015 where it won the Audience Choice Award.

The app was also featured on ABC’s Shark Tank in 2017 where the BRAVO team landed a deal with two high profile investors.

The BRAVO app spread quickly beyond Phoenix, where the company is based, and has now reached over 1000 cities in the United states with thousands of small businesses including valet services, coffee shops and micro merchants using the app to easily accept mobile payments.

The company also works with charities like the Phoenix Children’s Hospital, the Alice Cooper Solid Rock Foundation, One Vision One World, and many more to make it easier for them to accept donations. 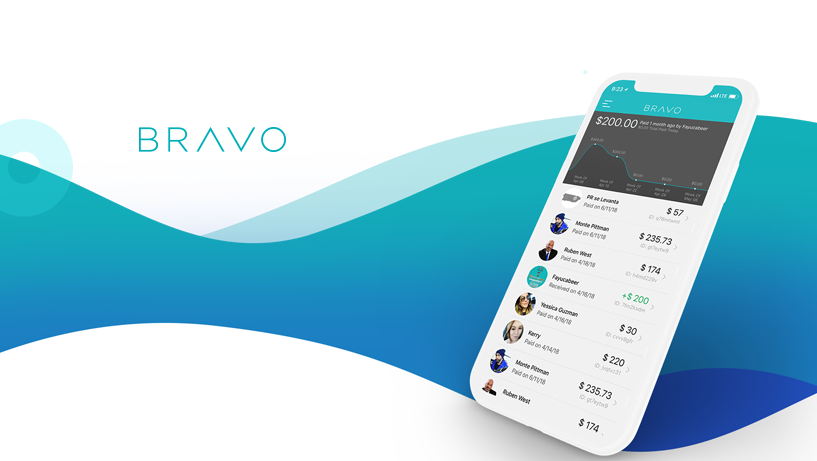 Maria Luna, MBA, Co-founder and CEO: With over 22 years of experience in marketing and managing consumer and healthcare brands at top companies like Nabisco, Maria has a proven track record in developing lean companies that disrupt traditional industries.

Paul Nguyen: Over 20 years of experience in software engineering and CTO positions at companies like AT&T and Accenture. Paul has overseen several mission critical systems including PCI-compliant payment systems, electronic financial trading systems and blockchain-based platforms with a deep understanding of Ethereum contracts, hyperledger and A.I..

Moving forward and building with blockchain

BRAVO is currently integrating blockchain technology into its platform to reduce latency that will speed up transaction time while reducing costs for the end-user.

The company will also be launching a token sale in the near future and BRAVO’s BVO token will be used to power the platform, reward users and allow traders buy and sell on various cryptocurrency exchanges. No dates have yet been announced for the token sale.

Going forward the company will be expanding into global markets where mobile payment ecosystems are growing fast, especially in developing countries, and will be moving well beyond the tipping industry to focus on peer-to-peer payments, retail transactions, API development and more.

The BRAVO TGE is open to Non-U.S. persons only & other restrictions apply. See details in disclaimers section of http://bvo.trybravo.com