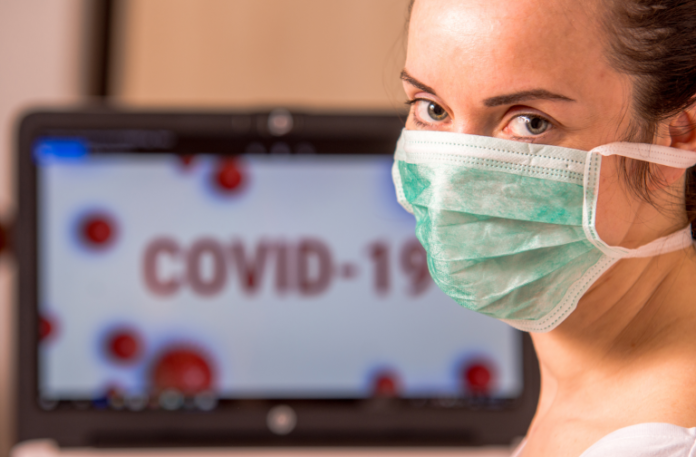 With an estimated billion people staying home, remote working or just watching shows online all day, telecom infrastructure is coming under great strain. Experts and companies are mostly saying that the risk is far from critical yet, but the EU has taken the possibility of the internet crashing very seriously. Netflix, Google, Apple, and Amazon have begun to restrict HD video streaming to reduce data usage in Europe.

The epicenter of the coronavirus crisis has squarely migrated from China to Europe these days. Italy bore most of the brunt, with the highest number of casualties so far, but Spain, France and other countries are also suffering the strong effects of the pandemic growing quickly. Governments have reacted by imposing curfews on citizens, closing borders, shutting down businesses and generally putting in place various restrictions on normal life in order to slow the spread of the virus and “flatten the curve”.

The main measure that everyday people were asked to take in response is to stay home and avoid any unnecessary trips outside the house. As such, it is no surprise that internet usage in Europe has spiked, with employees working remotely, students learning online and everybody streaming videos. This caused European telecommunication companies, such as Vodafone and Deutsche Telekom, to raise the alarm and the European Union soon reacted.

To beat #COVID19, we #StayAtHome

Teleworking & streaming help a lot but infrastructures might be in strain.

To secure Internet access for all, let’s #SwitchToStandard definition when HD is not necessary.

The EU Commissioner for Internal Market, Thierry Breton, revealed on Twitter that he has had discussions with Netflix CEO Reed Hastings and asked that the streaming service downgrades its broadcasts in Europe from high definition video quality to lower resolution. An hour of HD video from Netflix takes about 3GB of data and an hour of standard definition (SD) video takes about 1GB of data so the move could cut a significant amount of used bandwidth.

According to recent estimates, video streaming services can account for more than 60% of global internet traffic, with Netflix alone responsible for 12% of online bandwidth around the world. The company was the first of the operators in the market to announce it will take measures to help with the situation in Europe.

“Given the extraordinary challenges raised by the coronavirus — Netflix has decided to begin reducing bit rates across all our streams in Europe for 30 days,” a Netflix spokesperson said. “We estimate that this will reduce Netflix traffic on European networks by around 25% while also ensuring a good quality service for our members.”

Google has also reduced bitrates on its subsidiary Youtube, where an estimated one billion hours of content is being watched every day. This reportedly happened after EU Commissioner Breton talked with Alphabet CEO Sundar Pichai and Youtube CEO Susan Wojcicki. “We are making a commitment to temporarily switch all traffic in the EU to standard definition by default,” the company said. Amazon has also taken similar measures on its Prime Video service. “We support the need for careful management of telecom services to ensure they can handle the increased internet demand with so many people now at home full-time due to Covid-19,” an Amazon spokesperson said. “Prime Video is working with local authorities and internet service providers where needed to help mitigate any network congestion.”

Disney has postponed the planned launch of its Disney Plus streaming service in France at the request of the local government while going forward with the plan in other European markets. It also said it will lower its overall bandwidth utilization by at least 25% in all of the markets launching Disney Plus on March 24, 2020. This will reportedly be done in response to an EU request to “ensure the smooth functioning of the broadband infrastructure.”

According to reports from European subscribers, Apple has reacted to the situation by downgrading the streaming quality of Apple TV Plus in Europe.

What do you think about the possibility that the internet will crash due to the global coronavirus crisis? Share your thoughts in the comments section below.

The post The Internet May Be Next Victim of Coronavirus Pandemic – Netflix, Google, Apple and Amazon React appeared first on Bitcoin News.