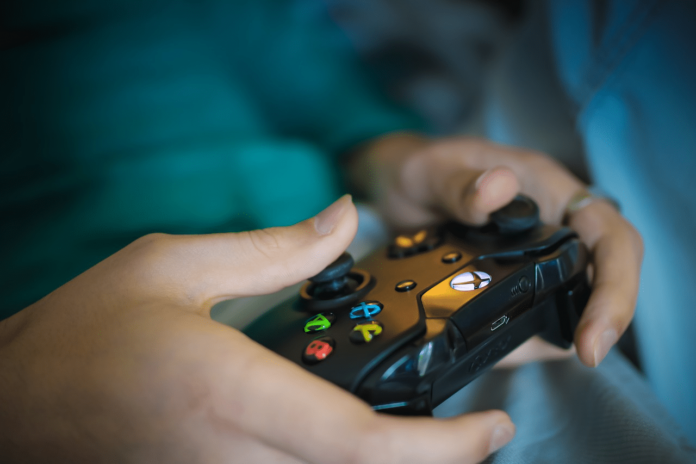 The gaming sector has been growing by leaps and bounds, and its connection with the crypto industry is becoming increasingly stronger.

According to the latest reports, leading video game publishers are starting to integrate blockchain and cryptocurrency components into their networks. This is to provide a better experience for both developers and users.

The U.S. gaming industry generated a record $43.4 billion in revenue in 2018. This is according to statistics released by the Entertainment Software Association. The figures include physical and digital sales, subscriptions and in-game purchases. There are approximately 150 million gamers in America.

China’s gaming industry is, however, the biggest in the world in terms of the number of players. The country has just over 600 million gamers.

The sheer number of video game aficionados is higher than the entire U.S. population, an aspect that one point prompted the government to ban consoles following fears of widespread negative physiological effects on the country’s younger generation. China’s industry revenues exceeded $19 billion in 2018.

The gaming industry is driven by virtual reality concepts and so has striking similarities to the cryptocurrency sector in which digitized money is used. As such, gamers are usually more willing to buy skins, mods and other gaming enhancements using tokenized currencies including cryptocurrencies.

And now, leading video game developers are teaming up with blockchain-centric networks to scale operations and manage components and allow crypto transactions.

Epic Games, the agency behind the Fortnite blockbuster game is among the latest publishers to join the blockchain bandwagon. The company recently entered into an agreement with The Abyss, a digital distribution network for multiplayer online (MMO) and role-playing games. The partnership gives developers who have subscribed to the network access to Epic’s Unreal Engine.

Gaming titles can now be released on the platform. Developers who use the service are also able to receive funds in Abyss tokens. Releasing games on the blockchain has numerous advantages. One of them is that transactions made on the blockchain are easy to verify. Content distributed simultaneously on numerous platforms is also easier to manage.

Another gaming company, Ubisoft, which is behind some popular franchises such as Assassin’s Creed, and Rainbox Six is also working to integrate blockchain applications into its systems. An Epic Games competitor, the company was recently reported to be working on a range of Ethereum based applications.

The apps will apparently be used to monetize in-game items and unlockables. The integration of Ethereum smart contracts opens a range of possibilities. Players can, for example, make wagers on the platform that will have real-world value and legitimacy. It is also possible for players to trade gaming assets that are verified on the blockchain.

There is definitely a link between gaming and crypto. Vitalik Buterin’s experience as a World of Warcraft gamer, for example, is said to have inspired him to create the Ethereum network.

The creators of the role-playing multiplayer game are said to have removed a component that the young Buterin cherished. Unhappy with the move, he decided to quit and set off on a path that enabled him to create a decentralized framework that would prevent such changes from being implemented without consensus.

Right now, there are numerous games with elements that are embedded on the blockchain. Their immutable state prevents them from being modified.

An Overlap in Market Demographics

Millennials are the first generation to grow up playing video games and now, there are tens of millions of gamers aged between 22 and 32 who support the industry. Going by current research statistics, the average American gamer is 33 years old.

According to a June 2019 Nielsen report, 54 percent of video game players in the millennials age bracket are full-time employees. 38 percent of them pay for music and video streaming services and their average annual income is $58,000.

Players in this demographic are also the biggest spenders in the industry. On average, they spend about $112 a month. Statistics indicate that they not only buy videogames, consoles and virtual items but are also avid esports fans who love watching gaming matches on sites such as YouTube and Twitch. On average, millennials donate about $29 a month to gaming developers.

That said, they also happen to prefer cryptocurrencies over traditional stocks. According to a research survey commissioned by eToro in April, 59 percent of millennials who took part in the study said that they would like to invest in digital currencies, especially if the trading services were being offered by established companies such as Fidelity, TD Ameritrade or Charles Schwab.

The report seems to affirm the findings of a 2018 study undertaken by Edelman, which revealed that 25 percent of affluent American millennials have already invested in cryptocurrencies or used them.

The post The Link Between the Video Game and Crypto Industries Is Growing Stronger appeared first on CoinCentral.