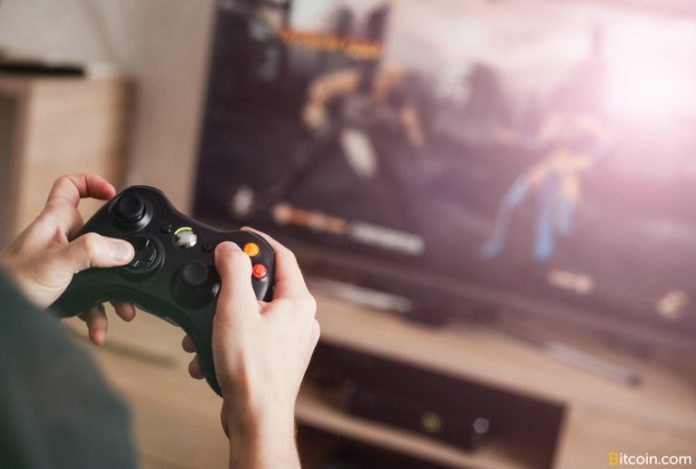 Most people understand that cryptocurrencies like BTC can be traded for dollars, euros, yen, and a wide variety of nation-state issued currencies. However, they may not realize that virtual items like in-game gold from popular role-playing games (RPGs) like Runescape, Guild Wars, and World of Warcraft have been sold for bitcoins since 2012.

Virtual items and in-game gold from some of the world’s most popular RPGs have been in high demand over the last decade. Global trade captures over $50 billion a year according to recent estimates. Selling virtual items and ‘gold farming’ is the act of playing a massively multiplayer online game (MMO) for hours in order to gather an in-game currency or items. In developing nations, there many businesses that cater to these sales and people have full-time positions as gold farmers. Some of the money that funds the in-game gold farming industry stems from cryptocurrency sales and these markets have been intertwined for the last seven years.

Gold farming and cryptocurrencies have been in the headlines in recent months because some Venezuelans have been selling in-game currencies for crypto in order to survive. Only recently the price of Runescape Dragon Bones plummeted when Venezuelans lost electricity but saw a 10 percent spike on March 12. There have been many reports of citizens from the region gold farming all types of games to escape poverty. On June 10, 2018, a Venezuelan doing an AMA on Reddit explained that it’s an ordinary occurrence for people to sell in-game currencies for digital currencies.

“It’s normal, yes, Venezuelans farm Runescape gold, World of Warcraft gold, and then exchange for crypto or USD/local currency,” they responded when asked if gold farming was prevalent in the region. “Some people do the same thing to other games like Guild Wars or Tibia.”

In October last year Amazon gave away a discounted Runescape signup and more than two-thirds of the registrants stemmed from Venezuela. 29-year-old Efrain Peña explained to Bloomberg in December 2017 that he played the game to support his wife and child. “We’ve never made this much before,” Peña described.

Serving Gold Farmers With Crypto Since 2012

Many people don’t realize that there are lots of marketplaces online that buy and sell Runescape gold RS3, OSRS, WOW gold, and many other types of in-game items for digital currencies. For instance, you can sell OSRS, RS3, and Runescape gold for BTC at the marketplace Piegp.com. There’s also Food4rs, Boglagold, Wowhead, Papusgold, Gran Mercado, and many more exchanges that deal with in-game gold trades. Exchanges like these have existed for years and gamers have been selling virtual MMO items for cryptocurrencies since 2012. Back then people used to sell World of Warcraft items like WOW gold on a bitcoin marketplace called Bitmet.net. In February of that year, a user on Bitmet.net was selling 10,000 WOW for 1 BTC and people were purchasing the in-game gold. Of course, with today’s BTC prices no one would ever do that as 10,000 WOW gold is only worth $0.30 cents today. And even back then those 10,000 WOW were still pretty expensive as the exchange rate for 1 BTC at the time was only $5.60 making one WOW worth $0.06. It goes to show that gold farming and in-game currencies for the web’s top MMOs and RPGs have always had a strong relationship with cryptocurrencies since the early days and these markets are still thriving today.

Disclaimer: Readers should do their own due diligence before taking any actions related to the mentioned in-game gold companies or any affiliates or services. Bitcoin.com and the author are not responsible, directly or indirectly, for any damage or loss caused or alleged to be caused by or in connection with the use of or reliance on any content, goods or services mentioned in this article. This editorial is for informational purposes only.

The post The Long Relationship Between In-Game Gold and Bitcoin Continues to Thrive appeared first on Bitcoin News.