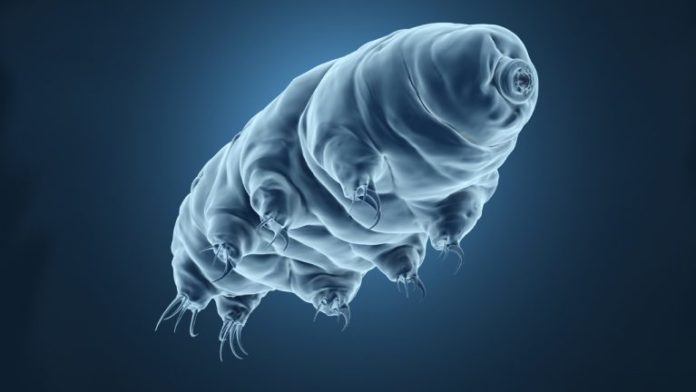 The popular payment provider Paypal has been known for cutting off a number of merchants and organizations over the years. This week, the public found out that Paypal has been censoring merchants that sell items related to the name “tardigrade” just because a Balkan arms dealer uses the same name. The story shows just how beneficial censorship-resistant money is today and how centralized monetary systems are ultimately doomed.

Ever since Paypal came out in 2001, the payment platform has seen broad use and a great number of users worldwide leverage the system. However, the payment processor is a centralized system, and over the years it has been known for restricting services to certain individuals and organizations.

On September 11, Paypal once again was caught censoring merchants over the use of the name “tardigrade.” Basically, a tardigrade is an eight-legged micro-animal and people also call them “moss piglets” and “water bears.” The funny little water bears have a global fanbase and people collect all types of tardigrade merchandise.

On Twitter, the Seattle-based gift salesmen, Archie McPhee, complained that Paypal was censoring his tardigrade-themed products. The problem is there is a known Balkan arms dealer called Tardigrade Limited, and Paypal has blocked all payments to anything tethered to the word. This means any tardigrade merch that mcphee.com sells is banned by Paypal due to an algorithm that flags the name even if it is tied to moss piglet ornaments.

“Just an FYI— Paypal is currently blocking all transactions containing the word “tardigrade” in the product name or description,” McPhee tweeted. “We’ve contacted them and they told us we should just stop using the word tardigrade.”

McPhee said he changed the name on the page to “Water Bear Ornament” but he said it was a “terrible solution.” “You can still purchase all our tardigrade items with a credit card through Shopify, but not through Paypal,” McPhee stressed.

If we can’t use the word ‘tardigrade’ in the text on the page, tags, or in the URL, how can customers find it? This is not limited to Archie McPhee. This is ALL OF PAYPAL. And they give a message that the USER is violating their agreement. It’s scaring customers away.

It’s a shame that merchants have to deal with such absurd rules and a mega-company like Paypal can’t even fix the system’s algorithm to give these sellers a better solution. McPhee also highlighted another merchant who was experiencing the same issues trying to sell plush tardigrade merchandise. Other types of merchants explained how Paypal censored them for dealing with sanctioned countries or other types of arbitrary decisions.

“Our transactions for Cuban coffee were blocked by Paypal,” one merchant replied to McPhee’s tweet. “We buy green beans from UK importers, roast and sell in the UK, and are not subject to Cuba sanctions. We had to omit Cuba from the title, but could use it in the description which isn’t passed to Paypal. Then we quit using [Paypal], they suck.”

Crypto proponent John Moriarty responded to McPhee’s Twitter thread as well, and he suggested using digital currencies instead. “Maybe then people should ‘just stop using’ Paypal— Direct crypto payments can’t be censored because there is no third party,” Moriarty wrote to the tardigrade salesman.

For years now, companies like Paypal and other payment processors have censored a number of businesses, organizations, and individual merchants. Simply for trying to make a living, accepting payment for activism, or being located in a sanctioned country, centralized processors can destroy people’s livelihoods.

However, ever since Satoshi Nakamoto created Bitcoin, the world has had access to censorship-resistant funds that can be sent to anyone and bypass any border in a permissionless fashion.

Individuals, nonprofit organizations, sex workers, whistleblowers, journalists, and a myriad of other types of people have been barred from a variety of payment processors, as other firms like Visa and Mastercard have censored as well. McPhee and many other people should learn about digital currencies and how easy it is to accept crypto for payments.

One thing is for sure, blockchains like Bitcoin remove unnecessary third-party actors who have to either follow regulatory guidelines or have arbitrary opinions. The autonomy of crypto payment networks will never stop micro-animal gift sellers from selling cute moss piglets and stuffed tardigrades.

Bitcoin may be primed to recover further as Bitcoin’s on-chain trends remain in a good spot despite the price drop....