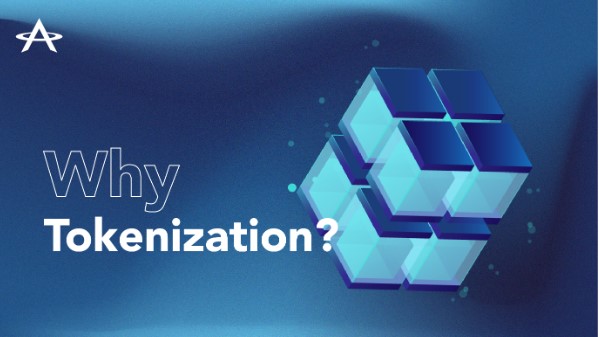 While it is important for any society to have many successful businesses, it must be stated that minorities and people of color have often faced plenty of hardships when it comes to establishing and maintaining their businesses, which could be attributed to a plethora of reasons. The biggest one would most likely be based on innate biases and prejudices.

What can be done?

One could argue that the aforementioned biases prevalent in mainstream societies that often materialize as hurdles for minority entrepreneurs can be traced back to the roots of centralization. Centralization refers to the process by which certain activities, specifically those involving planning, policy formulation, law making, and distribution of resources, become highly concentrated within a specific individual, group, or organization.

With that in mind, it would make sense that minority-owned businesses would struggle as the policies made by those individuals may not be very inclusive or all-encompassing. This is where decentralization comes into play, particularly the process of tokenization. Decentralization is the process by which specific decision making abilities and resources are delegated and distributed away from a centralized, authoritative collective or location and towards individuals. In a decentralized environment, people can become the true owners of their assets and not have to deal with any middlemen or third parties taking a lion’s share of the profits through taxes or any other means.

How can tokenization help?

Through the process of tokenization, any asset (physical or digital) can be converted into tradable shares or tokens which are then stored on the blockchain. In doing so, business owners and their customers become empowered because they are in charge of their assets and the future direction of their company, not any given third party.

Moreover, not only is tokenization a lucrative industry which is expected to become a market worth $544 trillion within the next couple of decades, but the OSIS team firmly believes that a truly tokenized world is on its way as part of the global shift to Web3. Digital assets like cryptocurrencies and NFTs have become commonplace, with many big names like Microsoft, PayPal, and Starbucks already accepting crypto. By embracing Web3 practices, minority entrepreneurs can therefore become financially independent, raise enough capital to keep the business afloat, and keep growing at a steady pace while also being in a position to help others.

Where does OSIS fit in?

The OSIS platform is the first to simplify ‘tokenization’ and was co-founded by Chris Goma and Jalal Ibrahimi, both of whom believe in the potential of tokenization and Web3 and wish to make the onboarding process of actually entering Web3 much easier. ‘OSIS’ is a utility token which can be used for many purposes such as buying goods and brands from various other tokenized platforms.

There are many innovative services that the platform offers including but not limited to MetaBadge NFTs which provide voting rights in the OSIS ecosystem, the OSIS Wallet, and the OSIS Exchange. Also, by establishing strategic partnerships with the likes of University of Tijuana, the Institute of Technology in Monterey, Galileo, Unstoppable Domains, Ethos, CoinCare, Visa, and even Polygon (the network on which OSIS is being built), the platform is able to expand its reach to a multitude of key areas while also being environmentally friendly.

In terms of how OSIS can help minority entrepreneurs, apart from granting different benefits which come by holding more OSIS tokens, users can enjoy affordable services and features which are easy to access, use and understand. Most of all, there is no requirement to have any pre-existing knowledge about coding, programming, or digital assets in order to get started. In fact, given the sheer popularity of NFTs, those who utilize the OSIS Launchpad can create their very own NFT collections, tokens and blockchain assets in a few minutes at a fraction of the cost regardless of geographical location and for only $5 plus gas fees.

Ultimately, why does tokenization matter?

According to traditional industry research, one in every 1.6 million projects achieves unicorn status in seven years. A ‘Unicorn’ typically requires an average investment of $160 million. Having said that, 65 of the 21,000 listed projects in the tokenized space have already achieved unicorn status, that too in a bear market. In this way, it really isn’t that much of a stretch to say that tokenized projects have a whopping 5,000 times greater likelihood of reaching $1 billion than non-tokenized projects.

Tokenization technology from OSIS can also be accessed programmatically, allowing anyone across the globe to use it in their own platforms and businesses. Additionally, because OSIS’ purpose is to tokenize the world, the patented technology is white-labeled for usage by the global community in their own tokenization niche. For instance, an OSIS partner could tokenize musicians. It is simpler, faster, and comparatively less expensive to integrate the OSIS Tokenization package into their websites and automate all of their needs. These customers also pay a monthly or annual subscription fee.

As such, since the world is undoubtedly becoming increasingly digitized, minority-owned businesses would gain much by signing up with the platform. OSIS was also featured in Forbes, selected as a major sponsor for BlockchainLand Conference, gained more than 120,000 members to date, generated more than $1.3 million through a community-driven private round, and has the easiest as well as quickest tokenization platform in the world.For additional information, visit the official website, whitepaper, deck, and the social media channels.