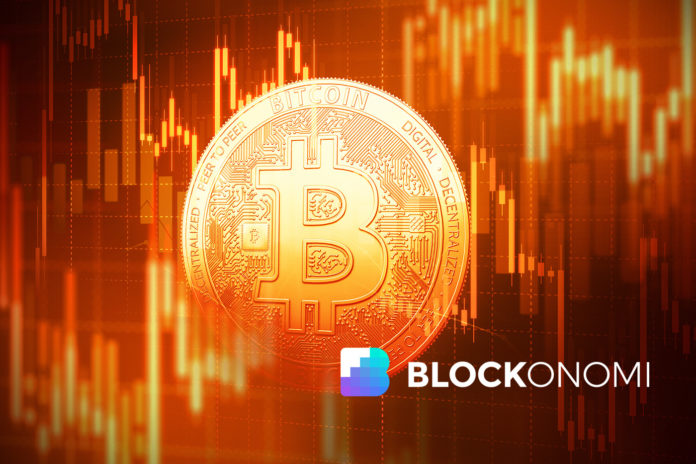 Bitcoin saw 10.7 percent of gains during the last eight weeks on its 60-day chart, concluded with Mar. 17th, however, with the latest dip in its value as BTC went below $4,000 it is becoming more evident that the number of active addresses on Bitcoin network is not strictly related to the momentum of BTC in the market.

In opposition to the dropping price of BTC alongside previous gains for the period between Jan. 17th to Mar. 17th, the number of active addresses on the network is showing increases for the same timeframe, indicating that the two may not be connected.

Furthermore, CoinMetrics is recording a rise in the number of active bitcoin addresses by 17 percent, while the increase in the price of BTC for the same period is set at 10.7 percent.

According to CoinMetrics records, the number of bitcoin active addresses was set at 569.8k back in January, while the same metric went through a change by March, recording 668.4k active addresses on Bitcoin network.

A crucial factor that could confirm the theory that the price of bitcoin is not related to the network’s activity is TAAR, or transaction amount to active addresses ratio, which appears to be drifting apart in the 30-day average chart in oppose to the value of BTC against the fiat (USD).

What might be confusing to investors and holders in this case scenario might be reflected in the fact that the price of bitcoin and the number of active addresses matched during a great part of 2018, however, results for both metrics during the period between 2014 and 2016 are implying that the number of active users shouldn’t be misinterpreted as a clear indicator for predicting the value of bitcoin.

Transaction Volumes Can Tell More About Value of Bitcoin

Unlike the number of active addresses on the network, transaction volume on Bitcoin’s platform in oppose to the price of bitcoin against the US dollar may have a more significant relationship that can help investors get a clear insight into the price movement of BTC.

Although the charts are showing a mild drift between the two metrics, transaction volume and bitcoin’s price at some points as visible in the charts, the relationship between the two metrics actually provides more precise identification of lows and highs in the price momentum of the top cryptocurrency, so investors can use transaction volumes to predict market trends for BTC.

However, based on the information found on CoinMetrics, transaction volume average went through a significant increase by 27 percent, while at the same time bitcoin’s average price against the US dollar spiked to touch 8 percent of growth for the same time period, so forming predictions on the price of BTC based on transaction volumes ups and downs can only provide minor indications into negative or positive trends in the crypto market.

The post The Price of Bitcoin (BTC) May Not Be Related to Active Addresses appeared first on Blockonomi.

Despite depressed market conditions, forward-thinking companies, whether embroiled in crypto or not, have begun a newfound push for the adoption...