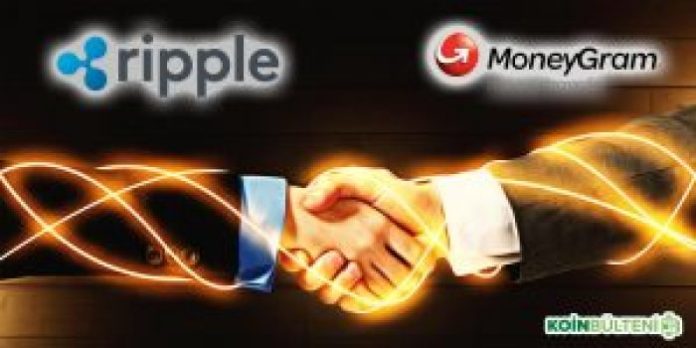 Ripple (XRP) – Lets mutilate all prejudice about Crypto coins, and face real-time visible projection. let forget about the present position of some coins, and face the analysis of what each has to offer. The tentacles of a coin should be a better priority in our mind when rating than longevity. Lets bury the way some coins have coasted our mind in the past when the world or cryptocurrency was as strange as a wedding without bridegroom, and muse over the achievement, tentacles, roadmap and collaboration which they’ve been able to acquire. Lets reason about the necessities of Ripple in the crypto world. Forget about the fact that Ripple also fluctuates in the market like other currencies, it is due to the effect of buyers, investors, and market forces which are inevitable for all altcoin.

Many may be sighting Ripple as a coin that has reached the staple, which has attained much greatness and enough popularity, or one which luck came it way within a twinkle of an eye, this, may be due to their myopic thoughts about the capability of Ripple or much love for the crypto fathers.

Nevertheless, in my own words, based on what I was able to deduce from my sixth sense, I will say that Ripple is one of the world most underrated digital coins that has been so much belittled and downcasted. To me, Ripple can sell ice on Eskimos, Ripple has a bigger fish to fry, and it is the most decorated digital currency which has acquired recommendations and accolade that can be compared to no other.

Despite the challenges, and being overshadowed unnecessarily, Ripple never gave up, Ripple hanged in there and did not hit the sack for once.

Come to talk of it, let get back to the drawing board, the tale of Ripple has become an agitating and unflinching talk of the town which has created lasting disruption in the nook and cranny of not only crypto verse but all digital currency sphere.

I am not trying to sweet talk you about Ripple, neither am I trying to brand it for you, because doing such is just like shoving coal to Newcastle or pouring a bucket of water in an ocean. What addition will that make? Ripple, overtime has set amazing milestones for its counterparts, even for those at the north side of it.

Ripple is not full of lip services like some altcoins which claims to be “secure and anonymous, built with a focus on privacy” where, hacker touted it vulnerability by mutilating its account, or an altcoin which flaunts that it grants instantaneous transaction, whereas, it is as slow as booting of the fifth generation computer.

Ripple has been bossing around the world especially in this year 2018 with series of collaborations, with banks, organizations, exchange platforms, financial institution and more. Amongst which are:

Ripple made a groundbreaking partnership with one the world greatest cash remittance company, MoneyGram on January 11, 2018. The remittance company agreed to use Ripple to facilitate fast and cheap cross-border transactions using X-rapid.

Alex Holmes, Chief Executive Officer of MoneyGram, said, “Every day blockchain technology is changing the norm and encouraging innovation. Ripple is at the forefront of blockchain technology and we look forward to piloting xRapid. We’re hopeful it will increase efficiency and improve services to MoneyGram’s customers.”

Acknowledging the partnership, Brad Garlinghouse, CEO of Ripple said, “we are excited about this pilot and a long-term strategic partnership with MoneyGram. By using a digital asset like XRP that settles in three seconds or less, they can now move money as quickly as information.”

24th January of 2018 marked a great collaboration between Ripple and two other financial service company, IDT and Mercury FX respectively, for the same purpose as money gram using X-rapid.

LianLian, one of the Asian largest financial service provider, based in China took a great chance to collaborate with Ripple on February 14th, 2018. With the intention to use Xcurrent, the company plans to make its transaction outstanding in China and around the world by making it easy and fast for users to operate.

Western Union, also a world-leading Remittance Company was not left behind in the glamorous partnership with Ripple. According to the CEO, Hikmet Ersek, the company has made it move to test Ripple blockchain for it services and it is considering collaboration.

If one continues to mention all its alliance made this year and the previous, it is likely we launch a book in the name, as they are mammoth.

Skipping affiliations, another great boom for Ripple this year is the $10 Billion USD transaction made on the platform this month.

Subsequent to a vote of confidence passed on Cryptocurrency by the US Congress, Brad, at an interview session with a Japanese news agency, Kyodo News, said his firm will “promote the introduction and set the goal of over half of the world’s banks to adopt the company’s remittance service over the next five years.”

He added that since the establishment of the company, it has grown beyond imagination over the past two years, revealing that it has made collaboration with over 100 companies.

Another important development Ripple made that should not be left unmentioned is the way it separated its wheat from the chaff of other blockchains amid turbulence of regulation surrounding the industry.

Ripple has been tagged to be the present and future most reliable and dependable cryptocurrency in the community, due to its massive and growing tentacles and collaboration around the world.

Just like I said at the beginning of the article, let bury sentiments, Ripple is undoubtedly the imaginary unicorn in the cryptocurrency industry irrespective of its position.

Powered by user-generated and user-controlled wellness and fitness data, Lympo enables the exchange of value through the introduction of native...