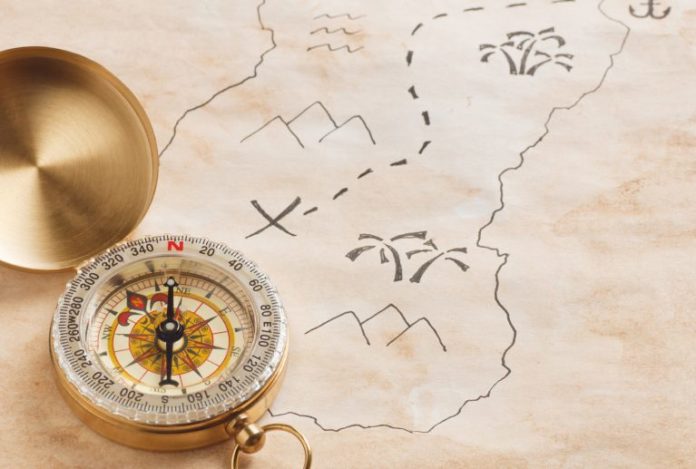 Over the last few months, the geocaching treasure hunt Findbitcoin.cash has gathered a bunch of new hidden BCH treasures. At the time of publication, there are approximately 105 concealed bitcoin cash wallets hidden all over the world with a large portion of these funds hidden in the U.S. and Australia.

Hide Treasures or Become a BCH Scavenger With Findbitcoin.cash

Bitcoin cash supporters have seen a ton of innovative projects over the last few months and some of them have given people a new and fun experience to play around with. One initiative called Findbitcoin.cash gives people a sense of adventure because it allows them to both hide and search for BCH wallets anywhere in the world. Geocaching treasure hunt games have been extremely popular over the last few years and the creators of Findbitcoin.cash have brought the trend to the BCH ecosystem.

The platform gives people basic directions on how to print a bitcoin cash-loaded paper wallet and hide it in an obscure location. The website provides its own paper wallet generator, which creates a random public and private key pair for the creator. If a person decides to hide a bitcoin cash wallet using the platform they will need the public key in order to add it to the Findbitcoin.cash listings along with a hint about where the treasure can be found. The BCH geocaching service recommends that people hiding BCH loot should print two copies of each wallet they are going to hide. This way if anything happens to the wallet, from say the weather or an animal, they can sweep the wallet later after they are satisfied it was compromised by the elements or too long has elapsed and the wallet was never found. Findbitcoin.cash also recommends that people use a plastic ziplock bag to protect the paper wallet from the weather or the hider could laminate it too. After creating the paper wallet, you can create a listing that gives people a description of the area where you hid the funds and you can add a few pictures as well of the surrounding location.

For instance, there’s this BCH hidden treasure taped to the Amway sign in front of the Amway World Headquarters. The specific post from Michigan offers a geolocation on the map and a picture of the Amway building. There’s also a comment section on each post too and the Findbitcoin.cash team says they “will be monitoring the addresses that are posted, so we can ensure that there are no points on the map with which there are no longer any wallets.” Then there’s another posting called the “one of a kind Toronto Raptors wallet” which contains 0.2231669 BCH or $88 at the time of writing. Members of the BCH community have helped top the wallet up and the funds have been hidden somewhere in Toronto. “It won’t be easy to find,” explains the person who hid the BCH. “In order to learn where the wallet is, the Toronto Raptors need to win their games — Each game won, we will release a bigger clue — Each game lost, we will release a really small clue and clues will be added to this page.” So far there’s been one clue released so far on June 3 which states that the wallet is “within 1,000 foot radius of the house on the hill.” The Findbitcoin.cash platform’s paper wallets also have a message printed on them which explains what Bitcoin Cash is and how the finder or treasure hunter can learn more about the innovative technology.

“Congratulations — You have found a bitcoin cash paper wallet,” the paper wallets message reads. “Yes, this paper is worth real money. Bitcoin cash is a form of digital currency. It allows you to send or receive any amount of money to or from anyone in the world, anytime you want, virtually for free.”

Bitcoin Cash Has Been Hidden in 18 Countries and 6 Continents

The paper wallet then instructs the person who happens to find the money to head to the Findbitcoin.cash website, where it will teach them about bitcoin cash and how to claim the funds. Right now there’s been a total of 294 wallets hidden throughout nearly every continent in the world and 189 have been found so far. Out of the 18 countries that have seen people concealing wallets for the Findbitcoin.cash treasure hunts, the U.S. and Australia have been the most dominant areas. Out of the 105 unclaimed to date, there is a bunch of BCH treasures hidden in Thailand, India, Venezuela, Milan, Japan, and the Netherlands. Findbitcoin.cash also has a dedicated Twitter handle and Reddit forum called r/findbitcoincash so people can post about their hidden treasures and follow updates. The BCH community has always been about fervently pushing BCH adoption and accessibility throughout the world. The BCH-based geocaching treasure hunt gives people a chance to not only learn about the benefits of the Bitcoin Cash network, but it also provides a recreational activity for those who dig the challenge of treasure hunts. With Findbitcoin.cash, people can savor both aspects of the hunt, relishing the ability to hide funds and clues but also allowing anyone from any location to scavenge for these digital treasures.

Israel’s Supreme Court has ruled in favor of crypto exchange Bits of Gold in its legal battle with Bank Leumi,...