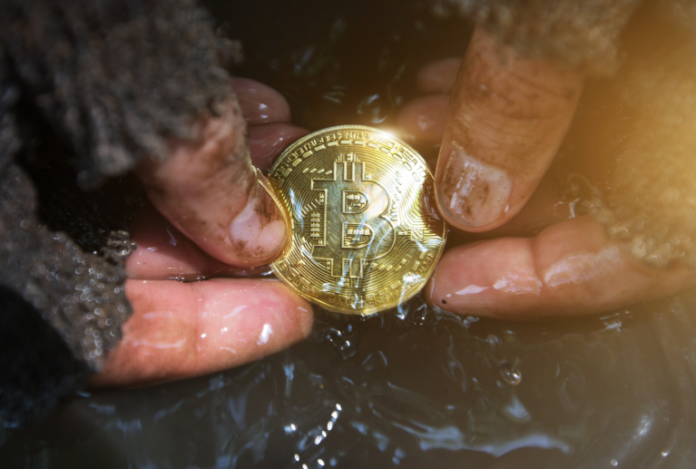 All bitcoins are created equal. But in the eyes of blockchain forensics firms, some bitcoins are more equal than others. If these companies are to be believed, coins that have been used in criminal transactions are ‘tainted,’ destined to be forever linked with nefarious activity. The reality, however, is far different, for ‘taint’ is solely in the eyes of the beholder – and most beholders aren’t Chainalysis.

Tainted Coins Are All in Your Mind

It’s long been known that freshly minted bitcoins can command a premium because there is no transactional history attached to them. If you want true onchain anonymity, mine some coins and then lock them away. The fewer times those coins turn over onchain, the fewer clues there are pointing to their current owner. The notion that coins might acquire taint, however, that makes them undesirable – or potentially even unlawful – to receive is a wholly subjective phenomenon. It’s one thing to flag a particular wallet address as being associated with phishing or hacking, as many block explorers do, but quite another to flag assets that pass through such wallets as being indelibly associated with criminality.

Should cash be permanently marked if it has EVER passed through a criminal’s hands?

This is happening to thousands of cryptocurrency users. @Chainalysis KYT flags a Bitcoin deposit as suspicious, provides no evidence or appeal, then the exchange steals the funds.

Just as offense to a risqué tweet is taken not given, the same is true of ‘taint’ when applied to coins. It is an interpretation rather than an inherent characteristic. Despite this, blockchain forensics firms and their surveillance partners are desperate to advance a narrative that certain UTXOs are sullied through their past association with illicit deeds. By the same reasoning, that $20 bill in your wallet is tainted because three transactions ago, it was robbed from a 7/11.

Wtf?? Apparently you are not allowed to do what you want with your bitcoin once you own the keys. Fortunately that’s not how Bitcoin works, but the level of chain analysis here is alarming. What is a correct response? @MartyBent @matt_odell @vandrewattycpa pic.twitter.com/BhMDThLHGc

Blockchain forensics software can map the number of ‘hops’ a transaction is removed from one suspected of being criminal, such as an exchange hack. Proving that those coins are still in the hacker’s control, and haven’t been sold to an innocent third party, however, is virtually impossible.

Ain’t No Taint in These Coins

As the site 6102bitcoin.com notes, a tainted coin “is only such because the address of the scammer is known to the analyst. Suppose that the analyst doesn’t know this vital piece of information, would the coin still be tainted? It should be clear that the degree to which coins can be classified as tainted depends on the level of information available to the person doing the classifying.”

Despite the fact that bitcoin cannot be intrinsically tainted, that hasn’t prevented KYC-kissing companies from discriminating on those grounds. As a result, bitcoiners using these firms are unable to send and receive coins through mixers with impunity. For so long as cryptocurrency gatekeepers flag coins as pure or dirty, users will be forced to jump through hoops in order to appease them.

One of the great ironies about the taint game is that to clean one’s coins involves passing them through a mixer, only to be discovered having used one is to risk having your funds frozen by centralized exchanges. Because there is no practical way for bitcoiners to verify how coins that come into their possession were used in the past, they are powerless to contest forensics software that decrees their UTXOs to be ‘dirty.’ In Dr Seuss’s “The Sneetches,” half of the creatures on an island have a green star on their bellies that marks them out as privileged. Then an entrepreneur named Sylvester McMonkey McBean shows up with a machine that can add and remove stars at will. Pretty soon, the islanders can’t tell who had stars to begin with and who didn’t.

Even for bitcoiners who don’t use centralized services, increasing the fungibility of one’s coins is desirable. If everyone routinely used mixing services such as Coinjoin and Cashshuffle, blockchain forensics firms would lose the ability to flag all such transactions as suspicious. The more coins that pass through mixing machines, the harder it will be for anyone to discriminate.

Do you think ‘taint’ is a genuine classification that can be applied to bitcoins? Let us know in the comments section below.

The post There’s No Such Thing as Tainted Bitcoins appeared first on Bitcoin News.

A British KFC worker has been sentenced to 8 years in prison for running a million pound drug operation from...