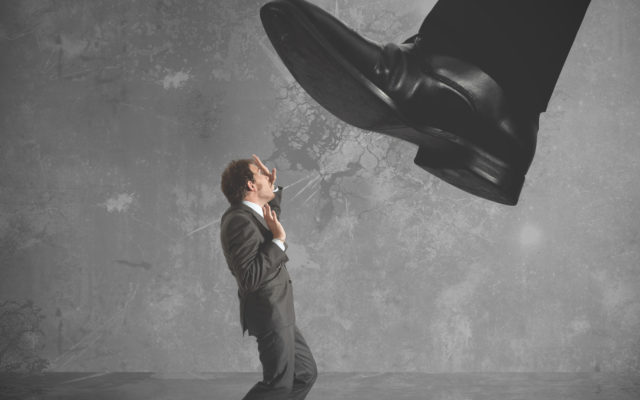 A bizarre infrastructure funding proposal for Bitcoin’s foremost offshoot, BCH has landed it the ‘centralized crypto’ label from the community.

Bitcoin Cash Mining Tax
A controversial funding proposal from the CEO of the largest BCH mining pool has raised concerns of centralization among the wider crypto community.
Jiang Zhuoer, boss of the BTC.TOP mining pool, has suggested that 12.5% of Bitcoin Cash coinbase block rewards should be redirected into a development fund.
The fund is a Hong Kong corporation that has been set up to legally accept and disperse funds which would be used to pay for development contributions to full node implementations as well as other critical infrastructure according to the blog post.
The proposal is to implement this plan into Bitcoin Cash’s protocol upgrade in mid-May. It would receive around 112.5 BCH per day which is about 20,588 BCH over the six months. At today’s prices, the fund would receive just under $7 million in total though the post estimated it at $300 per BCH which is $6 million or so.
There will be punishment for those that do not contribute as outlined by this declaration;
“To ensure participation and include subsidization from the whole pool of SHA-256 mining, miners will orphan BCH blocks that do not follow the plan. This is needed to avoid a tragedy of the commons.”
In addition to Jiang Zhuoer, the proposal has already gained support from Bitcoin Cash leaders including Jihan Wu with Antpool and BTC.com, Haipo Yang’s ViaBTC and of course Roger Ver.
To justify the proposal Zhuoer used China’s GDP growth and some insights from Chinese politician Deng Xiaoping basically stating that this is not up for debate.
The unprecedented move has already incited the deeply divided crypto community and drawn comments such as;
“$BCH implementing a 12.5% miner’s tax is hilarious and anyone not donating will have their blocks orphaned. Literally a centralized totalitarian regime with a 51% attack threat.”

$BCH implementing a 12.5% miner’s tax is hilarious and anyone not donating will have their blocks orphaned.Literally a centralized totalitarian regime with a 51% attack threat.”A Hong Kong corporation has been set up to legally accept and disperse funds”https://t.co/UsDIv2yEl4
— WhalePanda (@WhalePanda) January 22, 2020

Other comments from industry observer echoed the sentiment;
“$BCH implementing a 12.5% miner’s tax, anyone not donating will have their blocks orphaned. Literally Bcash turned into a centralized protection racket crime syndicate.”
The concern is that if a small group of centralized mining pools can levy a tax such as this and control the funds through a corporation what else can they do.
At the time of writing Bitcoin Cash was trading down 4% on the day at $337.
Is the BCH mining tax a good idea or will it lead to further centralization? Add your comments below.

New York Leads the Pack in Incidence of Blockchain Litigation